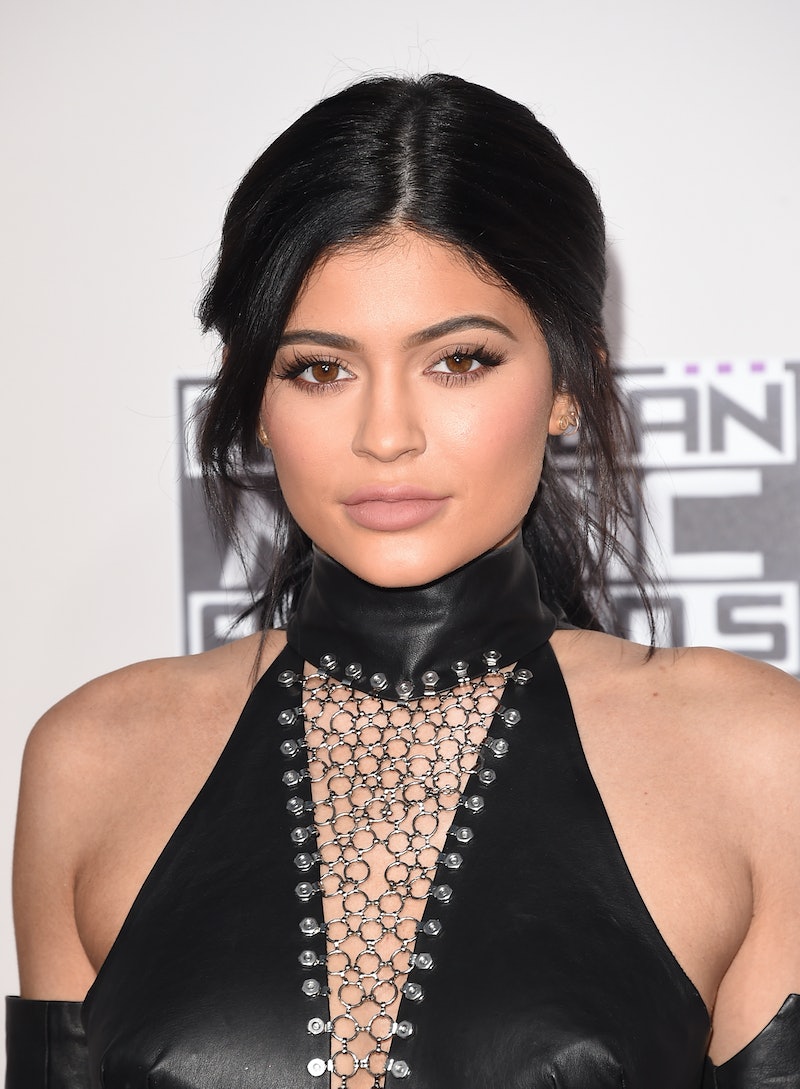 Are they together? Or are they not? These are the questions that Kylie Jenner fans have been asking over the past week. Ever since rumors surfaced that Kylie Jenner and Tyga broke up, it's been nearly impossible to keep track of the reality star's love life. Days after their supposed split, Tyga appeared in Jenner's Snapchat and then they attended Justin Bieber's AMAs afterparty together. That doesn't seem like the behavior of exes, huh? While she usually likes to keep people guessing, Kylie Jenner addresses the Tyga rumors in an upcoming interview with Ellen DeGeneres. Although the episode doesn't air until Monday, Nov. 30, there's a sneak peek that answers the question once and for all. Proving the breakup rumors are just rumors, Jenner told DeGeneres, "Honestly, people have it all wrong."

Although Kylie Jenner is hesitant to elaborate, DeGeneres keeps pushing and finally Jenner comes clean. "We're not broken up," the 18-year-old said. She then added, "We became best friends before anything happened, so I think that's awesome and we're just like, I don't know, hanging out. Living life." Of course, even when Jenner does give an answer, she still manages to keep things vague by using the phrase "hanging out." Luckily, DeGeneres asked for clarification, to which Jenner responded, "We're still together." Phew! That settles that.

This Ellen DeDeneres Show interview is pretty significant for another reason too. Not only does it clear up the breakup rumors, but it's one of the first times that Jenner talks so openly and directly about her relationship with Tyga. Sure, Jenner uses vague terms, but she says they're best friends and that she still drives the car he gave her. In fact, she drove it to the show. DeGeneres joked, "Stay with him! He bought you a car."

Adding some context to the situation, Kylie Jenner explained why she keeps her love life private in the December issue of Elle Canada. Apparently she doesn't want fans to become too emotionally invested. She said,

I do think that if you let people in too deep, it gets hard. Your fans get too invested, and then they know when you break up and make up. I don’t want people to know every time we fight or break up, so I’d rather keep some things private.

Now I totally understand why! From the whirlwind breakup and makeup that just happened, I don't think I can handle knowing every time these two have a spat. Seriously, my heart can't take it if Kylie Jenner starts changing her relationship status as frequently as she swaps hairstyles. The good news here is that now fans can breathe easy, knowing Kyga's relationship lives on. Based on Jenner's latest quotes, these two aren't going anywhere anytime soon.

To hear the truth straight from the source's mouth, check out a preview of Jenner's interview with Ellen DeGeneres below.

Props to DeGeneres for getting Jenner to spill her guts! If it wasn't for her, fans would still be left wondering and searching frantically for clues.

More like this
Kylie Jenner's Silver Eyeshadow Is *So* Y2K
By Olivia Rose Ferreiro
Kim Kardashian & Pete Davidson’s Reported Breakup Has Twitter Running Wild
By Brad Witter
Kim Kardashian & Pete Davidson’s Relationship Timeline From Start To Finish
By Jordyn Tilchen and Bustle Editors
Who Is Bad Bunny Dating? Gabriela Berlingeri's Vocals Are Featured On His Song "En Casita"
By Radhika Menon
Get Even More From Bustle — Sign Up For The Newsletter