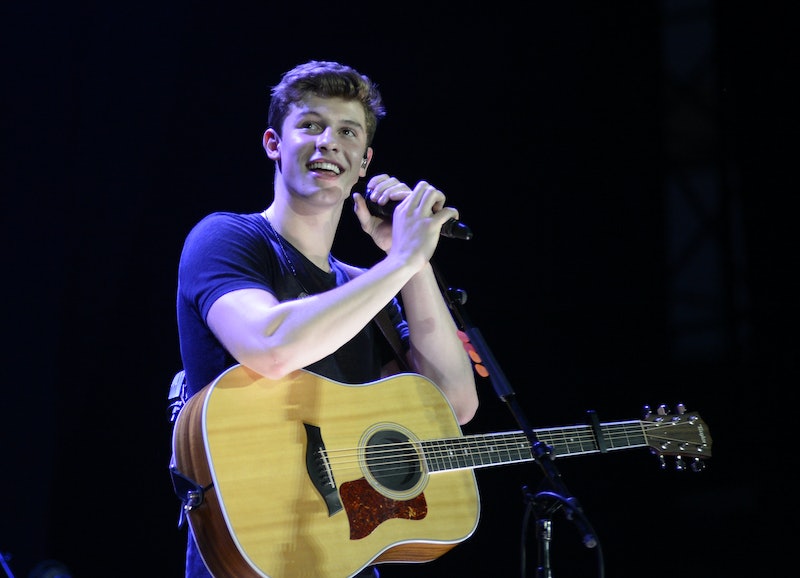 Shawn Mendes made his Macy's Thanksgiving Day Parade debut on Thursday, performing his hit single "Stitches." The pop star cutie performed on the Treasure Hunt float from Pirates Booty, surrounded by adorable little kids dressed up as pirates and a dancing pirate mascot. 2015 was a big year for Mendes, who released his first full-length album, Handwritten, had his biggest single yet, "Stitches," and went on tour with Taylor Swift. Now Mendes can add another exciting event to his 2015 list: performing "Stitches" in the Macy's Thanksgiving Day Parade. Mendes may have a target audience of 11-18 year old girls, but if his charming Thanksgiving performance proved anything, it's that Shawn Mendes is a star we should all be thankful for.

Mendes fans across the country woke up early on Thanksgiving Day to watch him perform in the televised Parade, and some even got up at the crack of dawn to travel to New York City in the hopes of seeing him in person. In fact, Mendes' fans are so passionate, the young singer-songwriter was named one of Time 's most influential teens of the year. Not that his new title is all that surprising — listen to "Stitches" just once, and it will be stuck in your head for days. And we haven't even gotten to his dreamy smile...

Needless to say, fans of the star were overjoyed by his appearance.

Some even fell in love.

But mostly fans were just thankful for the beauty that is Shawn Mendes.

So, thank you, Shawn Mendes, for blessing us with "Stitches" and giving us a very happy Thanksgiving.