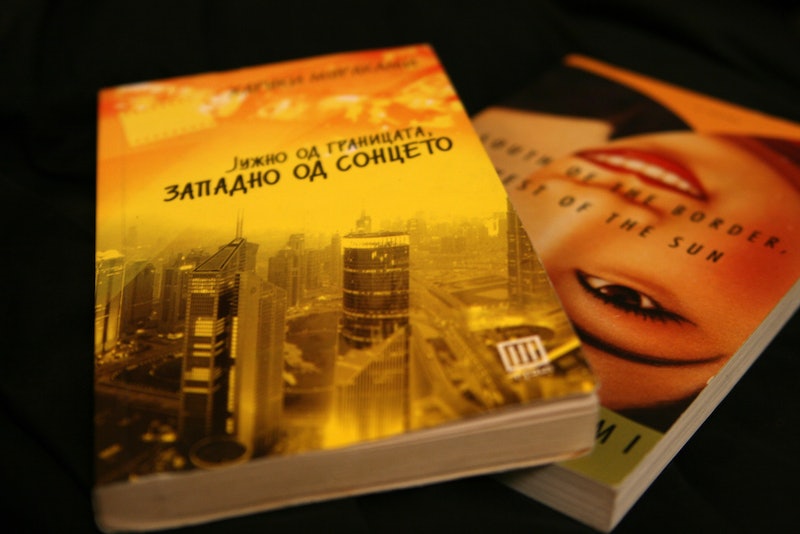 The New York Times just released its list of the 100 most notable books of 2015, and there's a lot of interesting shtoof going on. I'm excited to see that some of my favorite books — which I'm sure are some of your favorites, as well — made the list. But it's more exciting to see that 13 percent of the New York Times list is made up of literature in translation.

That's big news, because only 2 to 3 percent of English language publishing is devoted to translated books. Some authors, such as Haruki Murakami and Elena Ferrante, have managed to pull away from the pack, of course. English translations of their novels hit North America, the U.K., and the Commonwealth in a timely manner, and routinely wind up on best seller lists.

But for other authors, getting an English translation can be difficult. Then there's the problem of getting readers to purchase the book, of getting reviews, of generating hype. It's hard enough for an English-speaking writer to make a living out of fiction, but for authors whose work occupies a minuscule niche of publishing? Fuhgeddaboudit.

Or, not. The 13 translated works on this year's NYT list mark a 62.5 percent increase over last year's numbers. If this trend continues, maybe we'll see a fix for that 2 to 3 percent problem.

The translated books on the New York Times' list of 100 Notable Books of 2015 are:

Have you read any of these books? Do you regularly read literature in translation? If so, give a shout out on Twitter.