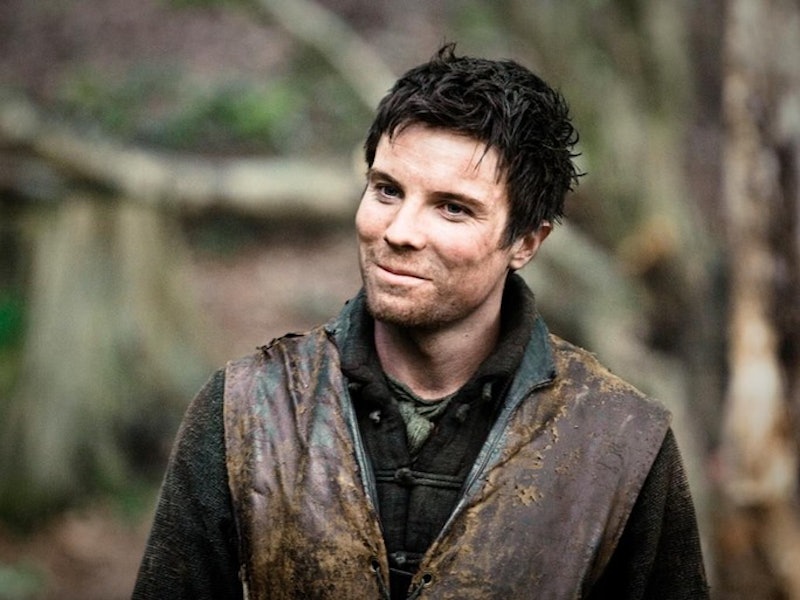 Life in Westeros isn't easy, and Game of Thrones has the death toll to prove it. Even characters that escape death sometimes disappear into the sprawling narrative never to be seen or heard from again. While I understand the cast is already huge, there are so many Game of Thrones characters that need to come back. Too many fan favorites have left the story with unfinished business or suffered untimely demises. I know what happened to Gendry isn't the primary concern of most viewers, but for some people, seeing him float off in a boat was not exactly a satisfying conclusion for his character.

There are lots of other characters who I would love to see comeback — including my beloved Robb Stark — but for the purposes of this list I'm going to focus on characters whose return is plausible and in some cases necessary. I miss Shireen, but I'm fairly certain she's a goner. The same can't be said for the aforementioned Gendry, Osha, and countless other characters who left a lasting impression on the series before promptly disappearing.

There's always room for more characters on Game of Thrones, and these 14 need to return to the landscape as soon as possible.

Gendry was last seen floating away from Dragonstone all alone. He hasn't been seen or heard from since, which just won't do. The connection between Gendry and Arya was powerful and I would love to see it explored again now that Arya is so deep in her assassin training. Even without Arya, Gendry still has so much to offer to the narrative. As one of the few truly good people on the show, his humanity is sorely missed.

Wildling Osha is currently with the youngest Stark, Rickon, which makes her absence all the more conspicuous. The lack of this powerhouse character's badass energy in the most recent season was glaring. It is way past time to bring Osha back to the story.

Theon's big sister is a pirate who commands an army of men in a society where women are often dismissed. Her fierceness is as essential to who she is as her complicated love for her brother. Theon and Yara need to be reunited before Game of Thrones ends, but at this point I will take more Yara in any form the show offers.

I know things weren't looking good for the Hound after his battle with Brienne, but I cannot give up hope the foul-mouthed, reluctant knight will return. It's not just that he's a fan favorite, the Hound's journey with both Stark girls ended abruptly. I want to know what would happen if he met up with them again.

This has to happen. If Catelyn doesn't return with a heart made of stone, then what is the point of anything?

Brynden Tully, better known as The Blackfish, is a character whose awesomeness has not been fully explored by the show. The Blackfish is a strong, weathered man who suffers no fools. With his House crumbling thanks to the loss of his brother and nieces, it's time to see Brynden rise again.

Benjen has not been seen since he went ranging beyond The Wall in Season 1. Common sense says he's either dead or a wight, but I'm not a huge fan of common sense when it comes to getting more Starks on my TV. If Jon Snow's uncle is never seen again, his disappearance will continue to haunt Game of Thrones fans long after the show ends.

Beric's allegiance lies with the same Red God Melisandre is devoted to, and his devotion has been rewarded with numerous resurrections. Last seen in Season 3, it would be interesting to see what condition Beric is in these days and to see if he has continued to lose a piece of himself with each return to the living.

Poor Edmure. He isn't the smartest character around, but Catelyn's brother deserves a better fate than life as a captive of the Freys. Perhaps he has become stronger since the Red Wedding. I would love to see him claim a victory in his family's name. The Tullys deserve a win.

Meera was benched alongside Bran and Hodor in Season 5, but she should be returning for Season 6. With Bran delving so deep into the ancient magic beyond The Wall, he's going to need someone to keep him grounded. A realist like Meera will be perfect for the job.

No, I'm not suggesting the show resurrect Ned. There are other ways for the Stark patriarch to return, namely via flashback. Ned was the show's moral compass and his death was necessary for the story to become the morally complex tale it is today. The heart wants what the heart wants though, and I want one more moment of Ned's wisdom.

Little Rickon is so unappreciated. The kid is a Stark, so he definitely has something to contribute to the story. Besides, I want to see Osha's parenting skills in action.

Great Jon Umber lost several fingers to Greywind and he gained so much respect for Robb that he became the only king Great Jon would bend his knee to. The show needs way more of Great Jon's epicness.

I demand more direwolves! Nymeria is still roaming the North. It's way past time for her to show back up again... or for Arya to get in touch with her warging skills.

It might be too much to ask for Game of Thrones to reunite fans will all of these characters, but if they can just manage to return half of them to the show, then I will thank the old gods and the new.