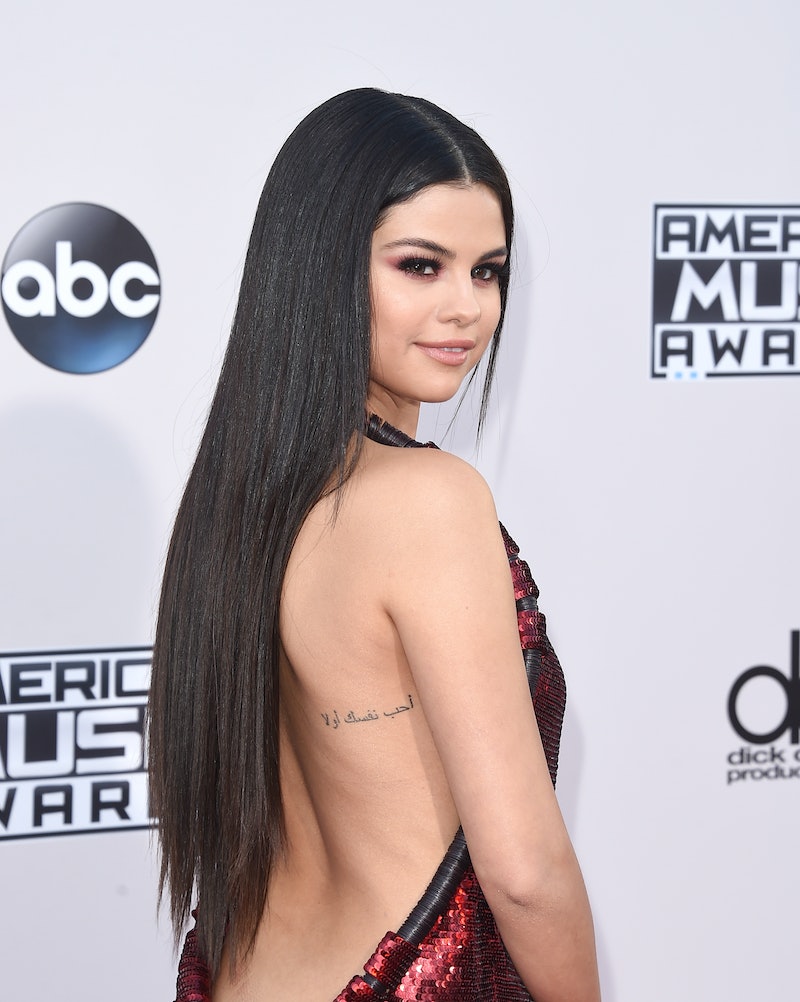 While she may have been spotted being serenaded by former flame Justin Beiber recently, it might be too soon for Selenators to start celebrating. Instyle UK's January covergirl is Selena Gomez, and she told the publication that she's "tired" of talking about Bieber, but she "would be seen with" Zayn Malik, should he ask her on a date. (She also added the caveat "Just kidding, but not kidding," which I thought ceased being an acceptable phrase around the time The O.C. went off the air circa 2004, but that's another story entirely.) She also talked about how dating has been tough for her. "It's hard and I'm weirded out by the idea that a guy has googled me before we meet, and that has happened," she told the magazine. But, despite it all, Selena Gomez shouldn't be afraid of dating in the technology age, because at least she's definitely not alone in her struggles.

She'll have ample of wisdom to turn to in the celebrity dating world, because plenty of A-listers have come to terms with the often-frustrating nature of dating in age where one's online persona is more carefully crafted than an ice sculpture.

"I was dating this guy and we would spend all day text messaging each other," Kelly Osbourne, who has been vocal about her dating life, once said. "He thought he could tell that he liked me more because he actually spelled the word ‘you’ and I just put the letter ‘u.’"

And, Taylor Swift, who admitted to Rolling Stone that she despises "seeing slideshows of guys I've apparently dated" on the Internet, also revealed to the publication, "70 percent of the time, when a guy asks me out, it'll just be a random email." Granted, her version of that is "some movie star [getting] her address from his publicist," but there's much wisdom to be gleaned from her story... Namely, don't bother sending off anything that could reasonably be construed as the technological version of a 'Will you go out with me? Circle "Y" or "N"' note.

But, while people like Osbourne and Swift have struggled with tech dating, Bravo's Andy Cohen told PEOPLE he likes dating technology like Tinder.

I have no shame in my game: I'm there, I'm swiping. I like it. It's fun. You know, it's to me: Where am I going to meet an architect who lives in Brooklyn besides Tinder at this point? It's the modern-day singles bar.

And, other stars like Hilary Duff and Brittany Spears have given the tech world of Tinder a try, too. So, while Selena may not be joining the online dating world anytime soon, if she ever eventually decides to brave that world, she can turn to her fellow celebs to help guide her. And, since Zayn Malik might be taken if those Malik/Gigi Hadid rumors are true (oh, no, she Hadidn't!), online dating might be her best option after all! Best of luck, Gomez! We're all there with you!