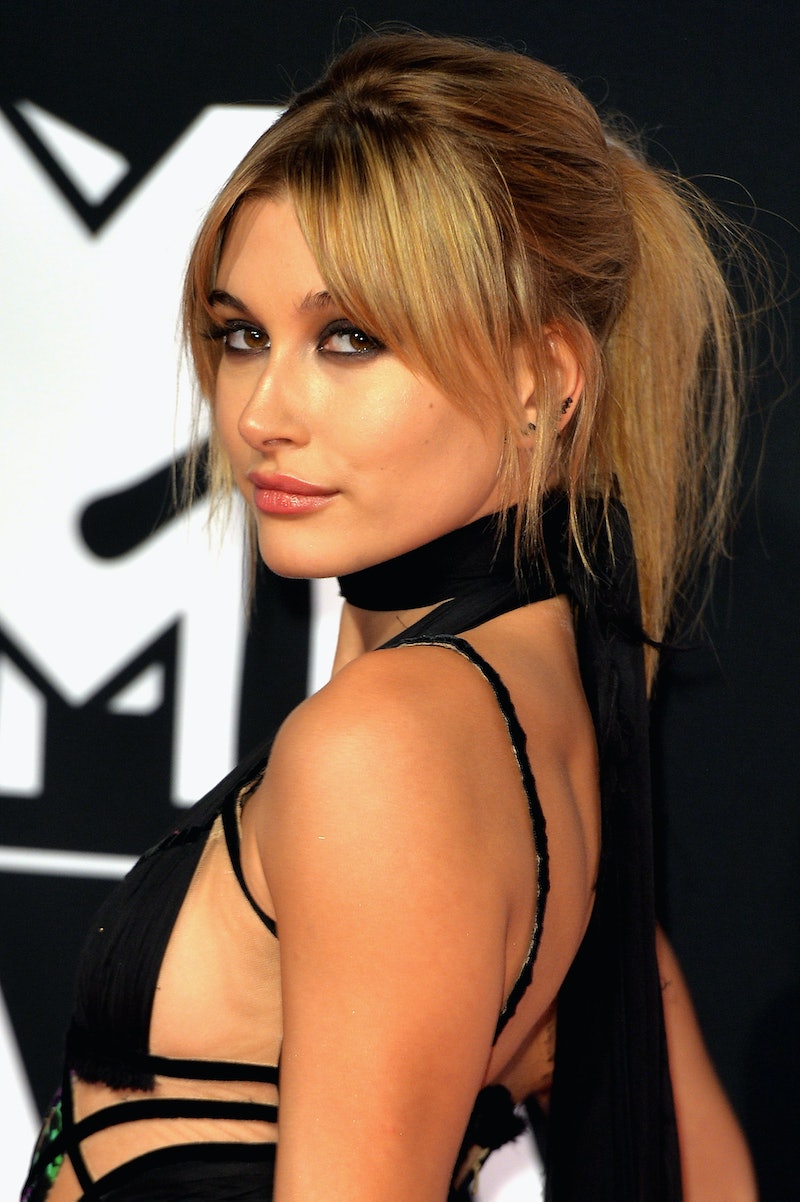 It looks like supermodels cannot go a month without being accused of dating someone. Rumors circled in October that Hailey Baldwin and Luke Hemmings were dating after they were spotted out together in NYC, but now, the model is looking to set the record straight for if she's single or dating the Five Seconds of Summer musician. Over the weekend, Baldwin took matters into her own hands, by allegedly taking to Twitter to silence the rumor mill. And sorry, Lailey (?) fans: the duo are apparently not an item.

Back in October, Baldwin was spotted out in New York with Hemmings while his band was there to promote their latest album, Sounds Good, Feels Good. While a source close to the model quickly denied any and all rumors related to romance, fans were not so quick to let it go, especially since Hemmings is rumored to be in a relationship with Arzaylea. Unsurprisingly (you know how devoted boy band fans are), people were not happy that he might've been seeing Baldwin, too. But now Baldwin has made matters clear, in a now-deleted tweet apparently posted on Black Friday. The model reportedly wrote,

"I never went on a date with Luke from 5 Seconds of Summer. So if everyone wants to chill, that'd be dope."

Shoutout to Baldwin for setting the record straight. Without celeb intervention, rumors like that can spread and grow, and with a fanbase as rabid as 5SOS's, that's the last thing the model would want. The fact that she allegedly deleted the tweet, though, is curious: does this mean that she actually did go on a date with the "Jet Black Heart" singer? Was she having regrets with the way that she shared the information? Or was she just trying to avoid the horde of fan tweets that followed before the tweet was apparently deleted? These are all questions that we don't have answers to, but it seems that Baldwin was amused by the whole thing. Later that night, the model tweeted, "Again, I just wanna bake muffins. I give up lmfao."

I feel her frustration! Why bother with dating rumors when all you want to do is eat and chill with baked goods? What's a woman got to do to get some peace around here? It's only been a few months since Baldwin was accused of being in a relationship with her close friend Justin Bieber, which she denied as well. Give her a break, people!