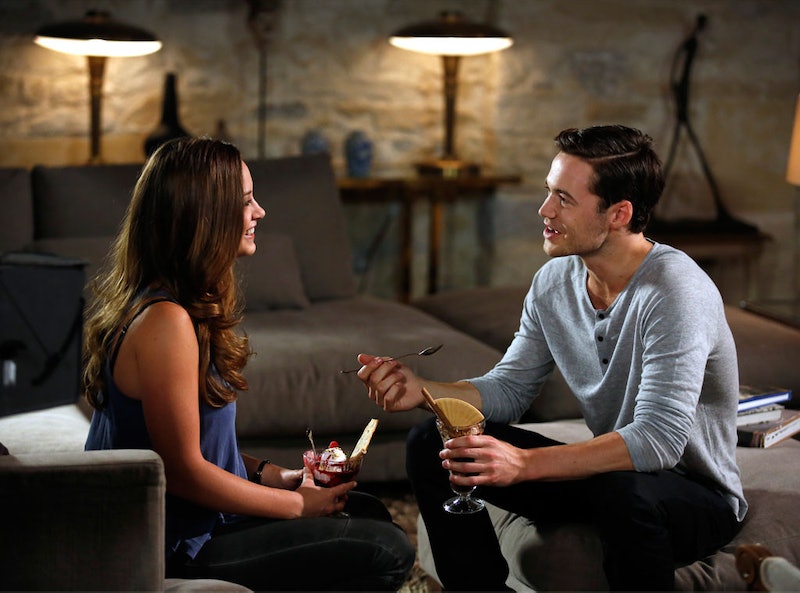 Meeting a prince in Central Park is the stuff fairy tale dreams are made of, but not for poor Ophelia on The Royals. Liam visited his ex-girlfriend in New York City and discovered that Ophelia is back with Nick on The Royals — the British guy she had dated back in Season 1 and left for Liam. So are Liam and Ophelia broken up for good? It's not looking good for the star-crossed pair.

After apologizing for tricking Ophelia to leave for New York City to follow her dance career without his royal drama at the end of Season 1, Liam confessed that he missed his ex-girlfriend. The pair had almost runaway together in the Season 1 finale, but Liam abandoned that plan and broke Ophelia's heart. Ophelia told him that he was being unfair and wasn't willing to give him a second (or maybe third or forth?) chance.

But Prince Liam is not a person that is used to hearing "no" when it comes to women. He went back to Ophelia's apartment and found out there was a very important reason that Ophelia wasn't willing to try again — she's dating Nick. Early on in Season 1, Nick had saved Ophelia from the paparazzi and she took him as her date to the palace ball. But when she revealed she had feelings for Liam, Nick left the ball and Liam asked Ophelia to come to Monaco. That was the last viewers saw of Nick, but this time around, he definitely won the girl.

Although Liam told Ophelia he'd see her again after discovering she's back with Nick, there's no evidence on when Ophelia will be back on The Royals — especially since she's currently an ocean away from all of the action. Actress Merritt Patterson had posted on her Instagram that she'd be back on The Royals for Season 2, but every photo of her on set looks like it was from the Nov. 29 episode, so Liam and Ophelia really could be done for good.

Perhaps because their relationship was so played out last season, their interaction in "Is Not This Something More Than Fantasy?" seemed a bit stale to me, so maybe an Opheliam break isn't the worst thing right now. Plus, there's no need to fret for Liam too much since he landed a one-night stand at the club later that night. And there's definitely girlfriend potential in another lady — Wilhelmina, the girl from the polo match in the Season 2 premiere who showed she also knows how to have a good time at the club. Maybe she can manage to bring some sanity to Liam's life, just like Nick is helping Ophelia keep away from the craziness of The Royals this season.