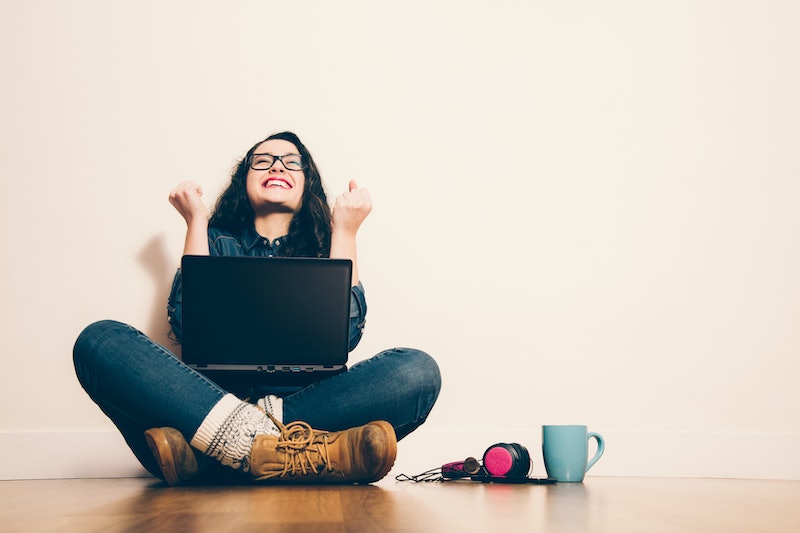 It was bound to happen, and now it has. You've been dreaming of a pizza dating app for years, but I'd say a Reddit-based dating site is a close second. And it's here. Of course it is, with new dating sites popping up all the time. It's called Reddate (GET IT!?) and it uses what you look at on Reddit to match you up with people in your area. According to The Daily Dot "Redditor C14L took that idea to heart and built Redddate.com, a service that allows people to log in with their Reddit account and find potential romantic matches based on the subreddits to which they subscribe." I start of some of the things I've looked at on Reddit and start to panic, but at least it's honest. On further research it looks like it matches you with only the parts you actually subscribe to, rather than just browse, so it's not quite as open. I want to see what this looks like and how it works.

So how did it go?

OK, so I had to create a Reddit account that represented me, and I think I did it:

Bagels. Billy Joel. Sex. I think I've made myself clear.

It's not a very pretty interface, but it's got that Reddit feel.

So "sex" basically covered gender and sex orientation, which I actually found kind of confusing. Kudos to them for not sticking to anything too hetero-normative or binary, but I wasn't sure what to check. Bisexual woman, is that woman who likes queer? I got a little overwhelmed, and just went with woman who likes women because I'm currently in a girl-on-girl relationship.

I just wanted to drive home who I am in the bio.

Again, I found this confusing. What am I looking for? Men and women, but ones who are OK with bisexual women, so is that queer for queer? But I like straight men, too. I don't know. Either that or I have to pick men who like women or women who like women, because you only pick one. I'm a little lost, but I go for it.

So this was embarrassing. They wanted me to upload a photo through Imgur. Which made me be like... "What's an Imgur?". I then spent a lot of time trying to link to funny things from Imgur, like a little dancing monkey who seemed like my spirit animal. But apparently everything I was picking wasn't the right format. So after about 20 humiliating minutes of pretending I knew how to use the internet, I managed to upload a photo booth picture I just took, where I was too lazy to put on makeup under my eyes so I used a ridiculous duck face to distract from how tired I am. They won't notice I'm tired if I look like Zoolander, right?

It's like location, but geo. I ended up Googling London's latitude and longitude because this all is way too techy for me.

OK, so this was the longest set up of my life, but that has nothing to with the sit sand more to the fact that I am a luddite with thumbs for fingers and a sponge for a brain. But here we go! Immediately a match! It went on our subreddit matches:

But I don't remember liking any of these things or understand what they mean. But they also showed other things she liked, and it was really helpful to have an overview:

There was some other information. Including zodiacs:

So, I think if you're into Reddit, this dating site could definitely be interesting. It's not the slickest of sites, but for anyone savvier than me (which is everyone), it shouldn't be a problem. And because it works of interests that you never meant to be public, just your own personal browsing history, it's probably a more honest representation than what we give of ourselves, because online dating personas aren't always great at reflecting, no matter how genuine you try and make them. If someone could look at my bookcase and match me off of that, it would probably say a lot more about me than a Tinder profile, and I think the Reddate idea gets to that. It's only been around a week, but time will tell. And if you have some subreddits you've already subscribed to, give it a go.