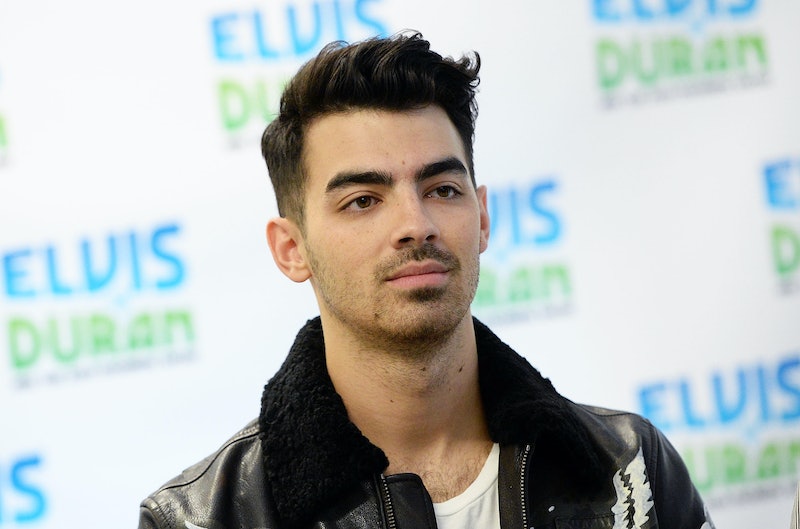 If you haven't heard the news, former One Direction boy bander Zayn Malik is reportedly dating Gigi Hadid. It seems the two connected after the 2015 American Music Awards and were even recently spotted holding hands. Anyways, Joe Jonas isn't shipping Hadid and Malik, because the DNCE singer unfollowed Hadid on Twitter and even deleted a picture of himself with Malik and Kanye West from a June 2015 Louis Vuitton fashion show with the caption "#SQUAD."

For those unaware, Jonas and Hadid used to date, but broke up in November. Apparently, he isn't a fan of his ex-girlfriend and fellow musician taking things to the next level. Of course, just because the former 26-year-old JoBro member unfollowed Hadid and took down a picture with Malik doesn't necessarily mean he isn't supportive of the two possibly dating. Maybe he's just weeding out his Twitter followers and getting rid of what he might think is an embarrassing picture?

Yeah, probably not. If he didn't care and wanted Hadid to be happy, then he would probably still be following her and the picture with Malik and West would still be available for public viewing.

After scrolling through his Twitter account (because I'm just that thorough), as of Monday Jonas still follows Hadid's sister and mother, Bella Hadid and Yolanda Foster. And, I even went one step further to check out Gigi Hadid's Twitter and she still follows Jonas — as of right now.

Clearly, she doesn't have an issue with her ex. And I guess Jonas is still a fan of Hadid's sister and mom? Whatever the case, this is bringing back way too many memories of when Jonas broke up with Taylor Swift over the phone. To refresh your memory, T. Swift told Ellen DeGeneres in 2008 that it took Jonas 27 seconds to dump her. "[The split] was, like, a record, I think, for how quick. I looked at the call log — it was like 27 seconds. That’s got to be a record."

Surely, the singer isn't the first to unfollow an ex on social media, but it sure seems like he has a pattern when it comes to break ups — immaturity is involved.