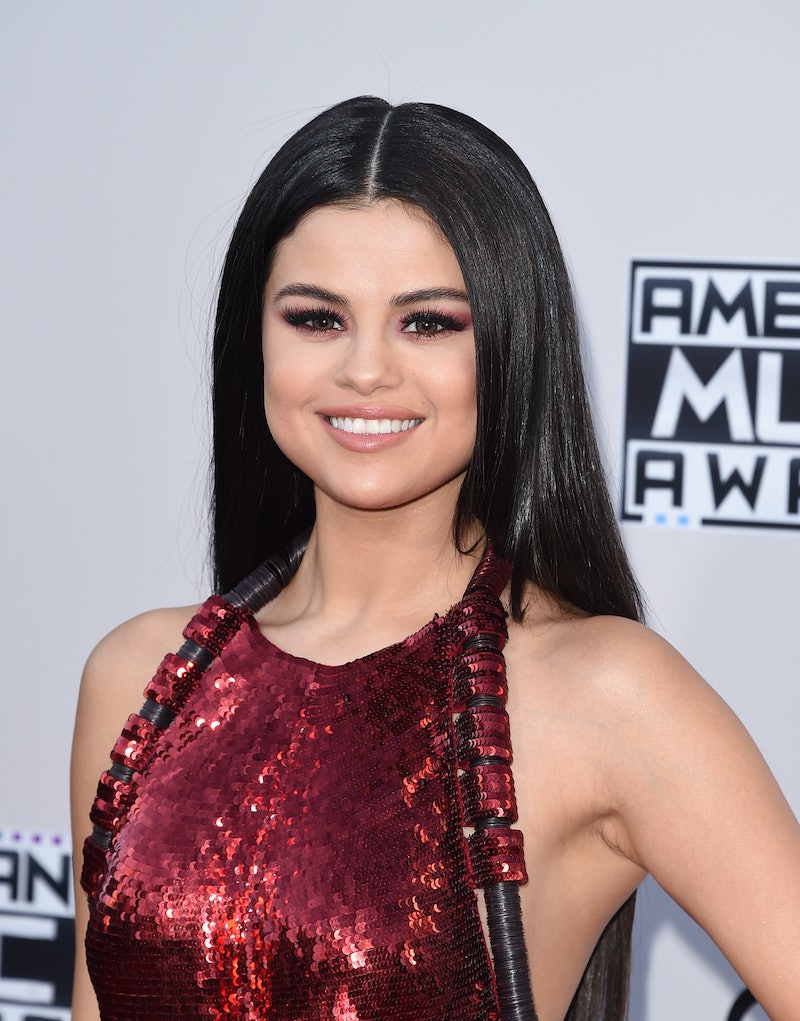 ‘Tis the season to be jolly… and a Victoria’s Secret angel. Because the annual Victoria’s Secret fashion show is just days away, which means we can all count on an entire month of commercials with amazing Victoria's Secret women dancing across our television screens. It also means that the annual Victoria’s Secret Angels lip sync video is about to be released, and one huge star is dropping big hints about what this year’s song is going to be. For the past five years, Victoria’s Secret has released a video at the beginning of December of that year’s Angels singing along to one of the year’s hottest songs. So when Selena Gomez tweeted that she and the Angels had a little sing-a-long video that she was going to share tomorrow, she let us all in on just which song the angels would be singing this season. So, consider this your first gift of the holiday season, because, according to Selena Gomez’s tweet, the new video will release on December 1, and it’s bound to be amazing.

Judging from the videos that have been made in the past at this time of year, we can count on a few things from this annual video. Namely great music, and a group of models not taking themselves too seriously. I personally love the videos because of the other side that they show to these otherwise perfect women. Singing Selena Gomez’s hit song “Hands to Myself,” the angels will melodically lead you right into the holiday season. Sort of.

If you’re looking for other things to expect, check out these videos from past years.

In last year’s video, the Angels sang and shook it to Taylor Swift’s “Shake It Off.” And boy did they ever.

Sticking with the Swift love, the Angels took a break from their fashion show rehearsals to sing along to Taylor Swift’s “I Knew You Were Trouble.”

Taking the video one step further, the footage from 2012’s video claimed to be uploaded by an anonymous video blogger. Maybe Justin Bieber? His song “Beauty and a Beat” was the song the Angels sang this year.

Proving that they are more than just models, the Angels moved like rock stars while lip-syncing to the 2011 hit “Moves Like Jagger.”

Giving new light to the famous song by Katy Perry, the Angels shined the brightest as fireworks before the 2010 show.

Now that we know which song the Angels will be singing along to for this year’s video, I can’t wait to see what sort of hijinks they get into in the actual footage.