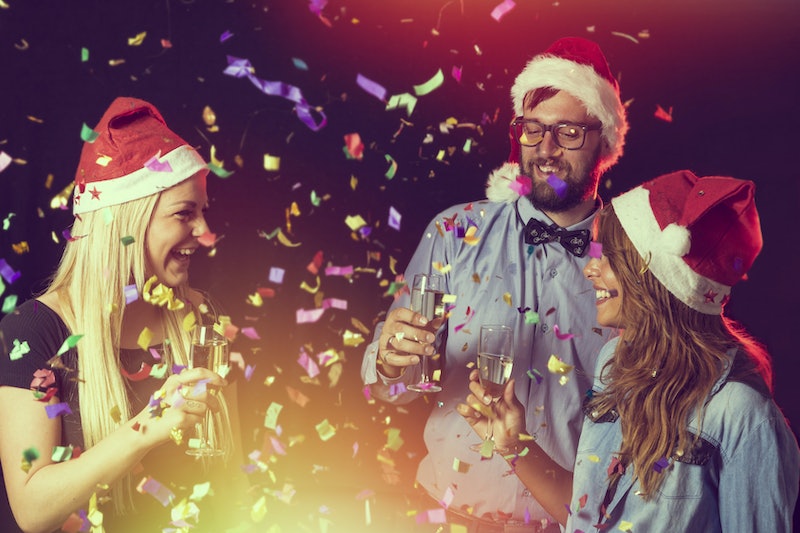 The survey asked 2,000 UK adults about their holiday party behavior to see which members of which professions are more likely to see such events as an opportunity to have sex, rather than just drunkenly get to know their fellow co-workers.

As a spokesperson for Ann Summers explains, in regards to the findings, “You spend so much time with your colleagues at work that it’s easy to fall for them, so the Christmas party is the perfect time to get rid of that sexual tension. Don’t be shy, have a cheeky snog and get away with it!” That’s right, people. Snog away.

With 39 percent of respondents admitting to holiday party sex, the workers most likely to do so is definitely not one you would expect.

Among educators, 27 percent admitted to having sex during a holiday party. Personally, I delight in the idea that maybe, just maybe, my mean sixth-grade teacher will be locking lips and limbs with some hot younger teacher this holiday season. She may have been scary, but that doesn’t mean she shouldn’t enjoy a proper shag.

According to the survey, 29 percent of those in healthcare are likely to have sex during a holiday party. However, I imagine that if this were Grey’s Anatomy, that figure would be much higher. I haven’t watched since the second season, but from what I recall, there was a lot sex going on with all those doctors and residents. They didn’t call him McDreamy for nothing, people.

Well, well, well. From what I remember from when I worked in an office, it was the HR department that doled out all the rules and made sure we all behaved appropriately ― ahem! JK, do your thing. Thanks to this study, we really know what’s going on in the brains of those who work in HR. And it’s sex ― lots of it. A whopping 56 percent admitting to having sex during a holiday party.

In first place are those people you call up every time your computer decides it needs a day off: the IT department. According to the survey, 63 percent of IT professionals have admitted to having sex during a holiday party. The takeaway? It’s good to be a computer whiz around the holiday season.