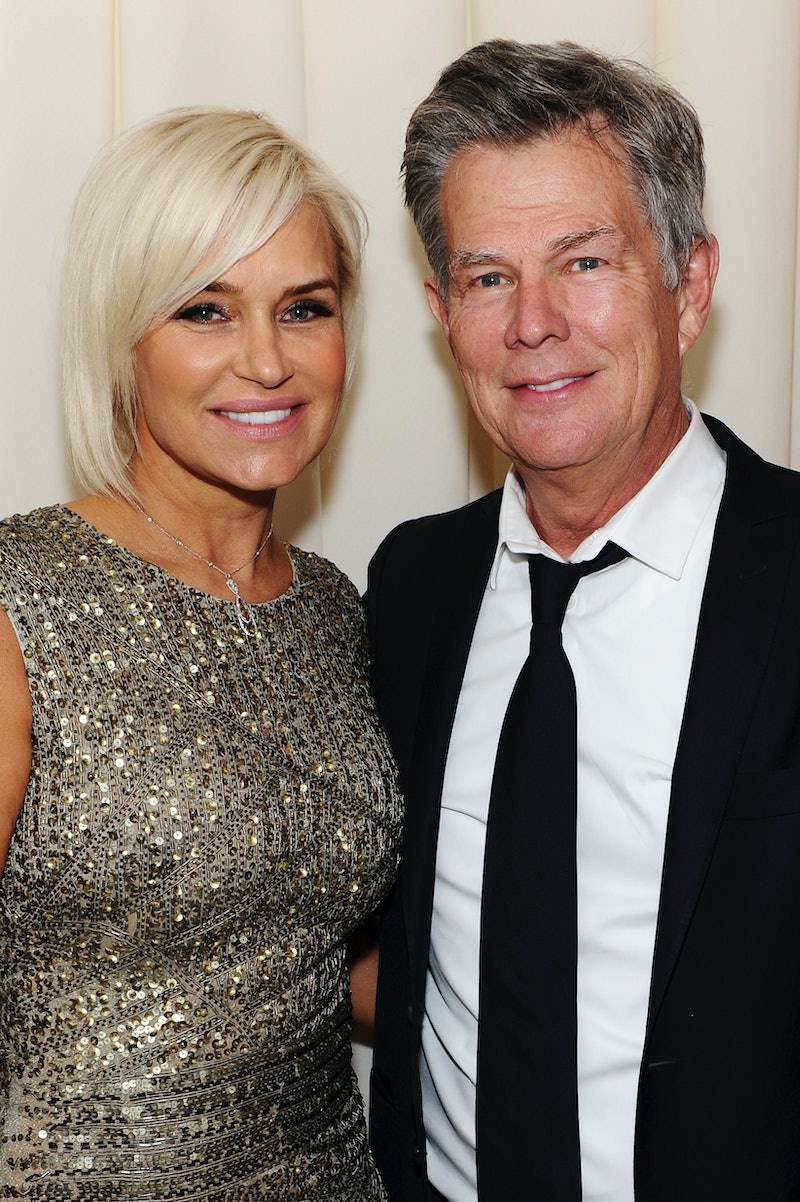 On Tuesday, Real Housewives of Beverly Hills' fans received quite the shock when it was announced that Yolanda and David Foster are divorcing after four years of marriage. They revealed the sad news via a statement released to People, which read in part: "Sadly we have decided to go our separate ways. We've shared nine beautiful and joyous years together. During that time we experienced love, friendship and the inevitable challenges that come with managing a marriage, careers, blended families, and health issues." Now, some of the Real Housewives are reacting to Yolanda's divorce with a lot of sadness, just like all of her fans.

After the Season 6 premiere of RHOBH on Tuesday night, Kyle Richards appeared on Bravo's Watch What Happens Live, where she briefly commented on the breakup. She said that "in some ways" their split was a surprise, but she still feels very bad for both of them, especially Yolanda who is also dealing with Lyme disease. Richards added, "I think they've been struggling and Yolanda's been so sick and I don't know if that has anything to do with it. I have no idea, but it's just really sad."

As for Yolanda's other RHOBH co-stars, both Eileen Davidson and Adrienne Maloof took to Twitter to express their love and sadness. Davidson wrote, "I was so sorry to hear about @YolandaHFoster and David. My love to them both." Maloof tweeted, "Sending positivity and love to my friend @YolandaHFoster during this difficult time. I am always here for you."

Even Real Housewives of Orange County star Heather Dubrow spoke about the Fosters' divorce. While chatting with Bravo's The Daily Dish, "It’s sad. When I hear people are splitting up [it] makes you feel like, is anyone gonna make it? It makes you look at your relationship: Are we stable and good? I am heartbroken." She continued, "We met them before the show. Yolanda is an amazing mother [and they are a] nice couple. Marriage is hard in general — especially in the spotlight. They both have huge careers."

Even with Terry's words, it seems like overall Yolanda and David are receiving a lot of love and support, exactly like they should be.