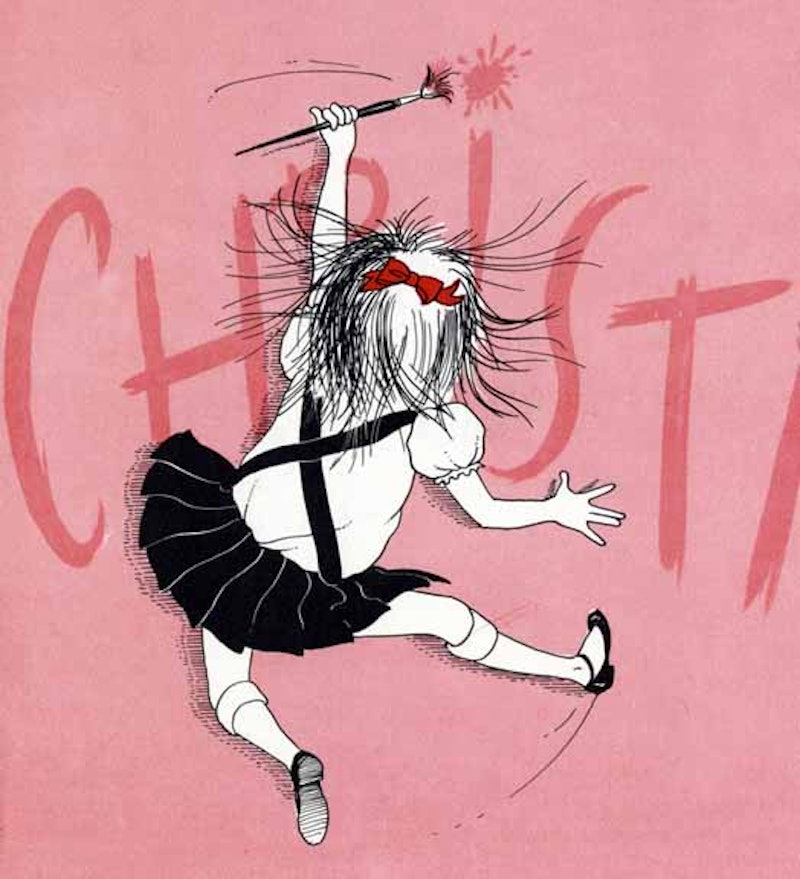 They’re complicated, difficult, and sometimes downright infuriating. Maybe you’d want to be friends with them in real life, or maybe you love them better from afar. They’re all literary misfits in one way or another, and they’re some of the most compelling characters in books.

Whoever started the argument that characters should be “likable” (especially female characters, c’mon!) was delusional. We want our protagonists to be flawed, eccentric, prickly, and just a little bit off. There’s a reason that one twin in Sweet Valley High is “perfect” and the other is a devious bad girl. It would be boring as hell without her. Perfect is dull. Off-kilter is much more fun.

With the holidays just around the corner, you might be reaching for a warm, fuzzy romance to cuddle up with while your relatives bicker over how much bourbon to put in the eggnog. But sometimes a lovable scoundrel or relatable eccentric is what you want when you need a little cheering up. Take a look at these 12 literary misfits who should live and thrive on the Island of Misfit Toys, and see which ones might keep you company on that flight back to Buffalo or Toledo this December. Some are divas, some are out of their minds, and some just have a slightly out-of-hand Dolly Parton obsession.

The protagonist of Julie Murphy’s Dumplin’ is a Dolly Parton-loving, beauty pageant-hating Texas teen who is a self-proclaimed fat girl and proud of it. When it turns out that the hottie she’s been crushing on at work likes her back, Willowdean’s world is turned upside down, and she finds herself doing things she never dreamed she’d do — like entering the Miss Teen Bluebonnet Pageant. She’s funny, heartbreaking, and totally unique. Truly, this girl loves Dolly Parton.

Nicola Yoon’s Everything, Everything introduced Maddie to the world, a teen that lives locked away in her house because she suffers from SCID (Severe Combined Immunodeficiency). But then Olly moves in next door, Maddie starts spying on him, and when he actually enters her world, her safe little cocoon is suddenly wide open. “Maybe we can’t predict the future, but we can predict some things. For example, I am certainly going to fall in love with Olly. It’s almost certainly going to be a disaster,” says Maddie. She’s a reclusive oddball (not really by choice), and a lovable one.

3. Holden Caulfield: The Catcher in the Rye by J.D. Salinger

OK maybe J.D. Salinger’s most famous creation doesn’t seem like the type to warm your heart and make you feel all mushy, but Caulfield is definitely a legendary literary misfit. He can’t stand phonies and he never goes along with the masses. He has sad thoughts about where all the ducks go in the winter when Manhattan is covered in snow. He’s out of step with the world, which is one of his most endearing qualities.

You kind of have to be a misfit with a name like Weetzie Bat. In Francesca Lia Block's series, the heroine is a platinum blonde Hollywood teen who writes sparkly poetry on her taffeta dresses and loves punk rock. The series follows her as she grows up, but teen Weetzie Bat is where it's at — if only Holden Caulfield could have met her, he probably would have ended up having a pretty fun day.

Kay Thompson and Hilary Knight’s Eloise is a spunky little girl who lives at The Plaza Hotel in Manhattan with her nanny, her dog, and her cat. She roams around looking for trouble, avoiding boring people, and adding a little flair to everything she does: drinking tea, getting dressed, talking to strangers. She’s a mini feminist, and Lena Dunham loves her so much she got an Eloise tattoo (she also produced a documentary about illustrator Knight).

6. Chauncey Gardiner: Being There by Jerzy Kosinksi

Being There by Jerzy Kosinski is a funny, satirical book that still feels pretty relevant today: It’s all about the media, how insane it can be, and how it can turn everyday people into massive celebs. Chauncey Gardiner is a simple man who winds up accidently befriending some pretty rich, famous, and powerful people. He’s suddenly turned into a mega celebrity and a political genius (despite the fact that he knows nothing about anything but gardening and TV, really), and the results are hilarious. The movie version with Peter Sellers is a classic.

Audrey Hepburn made Truman Capote’s literary heroine legendary, but it’s worth going back and reading Breakfast at Tiffany’s before you watch the movie for the sixth time. She’s a Manhattan call girl (which is really only hinted at in the movie) who hides her Podunk past, sleeps until noon, and finds her zen when she stares at the window displays at Tiffany’s. She’s a glamour girl with a sad streak, and a misfit in sunglasses and pearls.

8. Jenny Fields: The World According to Garp by John Irving

Most of the characters in John Irving’s The World According To Garp are oddballs, but T.S. Garp’s mom Jenny Fields is the matriarch of the misfits for sure. She’s a nurse who decides she wants a kid without relying on that annoying thing called a husband, so she has sex with a wounded soldier and raises her son, Garp, all on her own thank you very much. She’s a fierce feminist, she starts a home for women in need (including trans women), and she writes a seminal feminist autobiography that turns her into an instant icon. She truly DGAF what anyone thinks, so if you need a little inspiration in your life, Jenny Fields might be your new favorite character.

9. Mary Katherine Blackwood: We Have Always Lived in the Castle by Shirley Jackson

Shirley Jackson’s We Have Always Lived in the Castle is narrated by Mary Katherine "Merricat" Blackwood, an 18-year-old who is her eccentric, creepy family’s only contact to the outside world. Her parents are dead, and she lives with her sister and uncle in a big old house, near a village full of people who hate them. It sucks. “I have often thought that with any luck at all, I could have been born a werewolf, because the two middle fingers on both my hands are the same length, but I have had to be content with what I had,” Merricat says at the start of the book. Like Caulfield, she might not be sweet and cuddly, but she might just warm your heart.

10. Scarlett O’Hara: Gone With the Wind by Margaret Mitchell

Sassy, bratty, beautiful, entitled, and whiny are just a few adjectives that might come to mind when you think of Gone With the Wind’s Scarlett. Still, she is a total misfit. I mean, who acts like that? Divas, yes, but Scarlett also has a goofball side. Like you just know that underneath the petticoats and curls is a little Southern belle nerd. She does get it together when Tara burns, and her transformation makes you forget about all the tantrums real fast.

It’s love at first sight when you read Rainbow Rowell’s Eleanor and Park. Yes, the characters fall head over heels, but you also fall for the characters, fast. Eleanor is a red-haired misfit who dresses how she wants, says what she feels (well, sometimes), and doesn’t care about what anyone thinks of her (sort of). She’s different, and she knows it. You totally get why Park’s in love.

So if you’re in need of a little cheering up over the holidays, spend some time with one of these literary misfits. They’re not perfect, but they each have their charms, which is why they never go out of style.