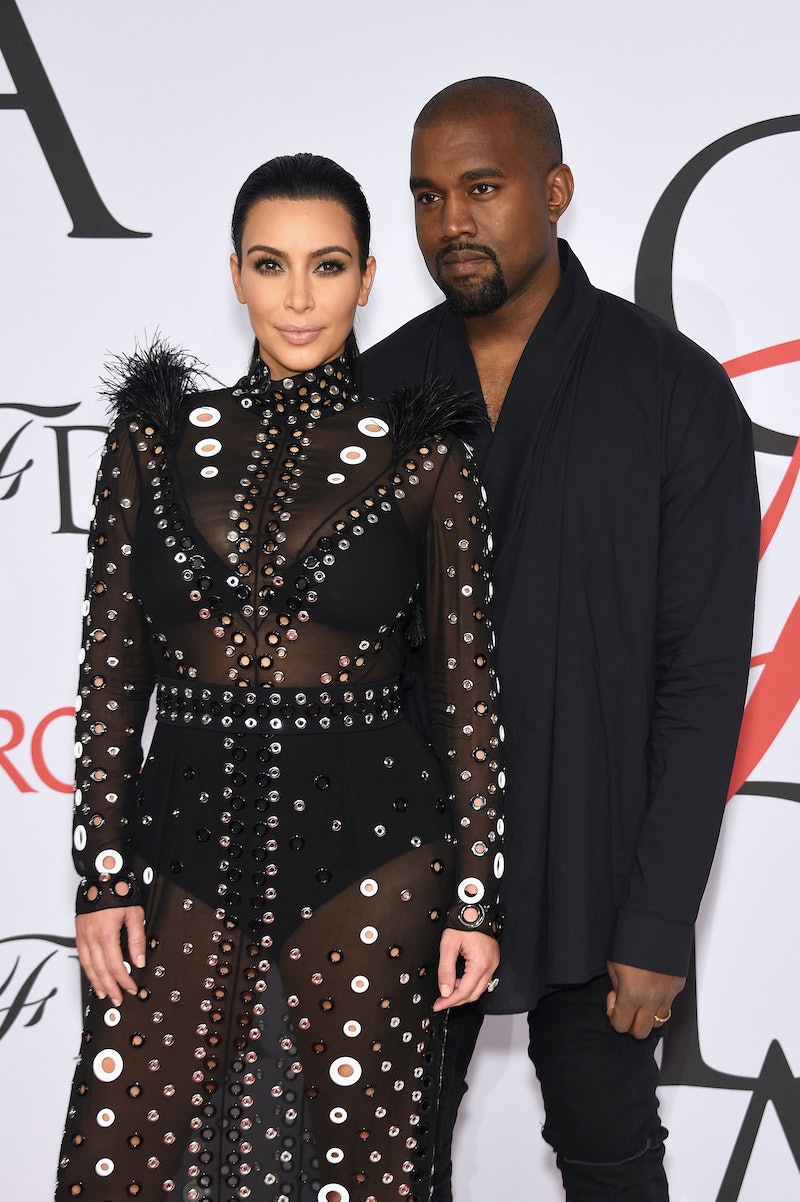 Ever since news broke that Kim Kardashian and Kanye West's baby boy was born on Saturday, people have been speculating about the newborn's name. Considering the couple named their daughter North West, people jokingly guessed which direction Kimye's new son would be named after. (South? East? Southeast?) But since Kim Kardashian previously shut down those rumors and said South was the "stupidest" idea ever, they may not go the route the Internet expects. Although no official name has been announced just yet, there is an important update! According to People, Kim and Kanye's son's middle name may be Robert. Their inside source says that Kim told people at the hospital that she planned to choose Robert as the middle name, as a way to honor her late father Robert Kardashian. Update: Kim announced on her website that the Kimye baby is named Saint West.

If the news is true, this is a beautiful tribute. Robert Kardashian — father to Kim, Kourtney, Khloe, and Rob Kardashian — passed away in September 2003 from esophageal cancer. Kim was only 23 at the time. On various episodes of Keeping Up With the Kardashians, she's talked about how much she misses him and wishes he was still around. Recently, a fan asked the reality star on Twitter who she would invite over for dinner if she could choose anyone and Kim picked her dad.

It's undeniably heartbreaking that Robert Kardashian isn't around to meet his new grandson. But by naming the baby after him, it's a touching way to let his legacy live on. Although people may expect Kim to go for shock value and choose a surprising name, this gesture proves she puts a lot of thought into such a meaningful decision. Showing how much her dad meant to her, last Father's Day, the reality star shared a throwback with the following caption:

Happy Fathers Day to the best dad in the world! It's been over a decade since you've been gone but the memories run so deep they will last forever!

Although he's no longer around, there's no denying that Robert is still a major part of Kim's life.

Personally, I'm hoping this middle name rumor is true. But considering it took a week for Kim and Kanye to decide North's name, fans will have to sit tight for now. It's only a matter of time before Kimye's baby's full name is revealed!