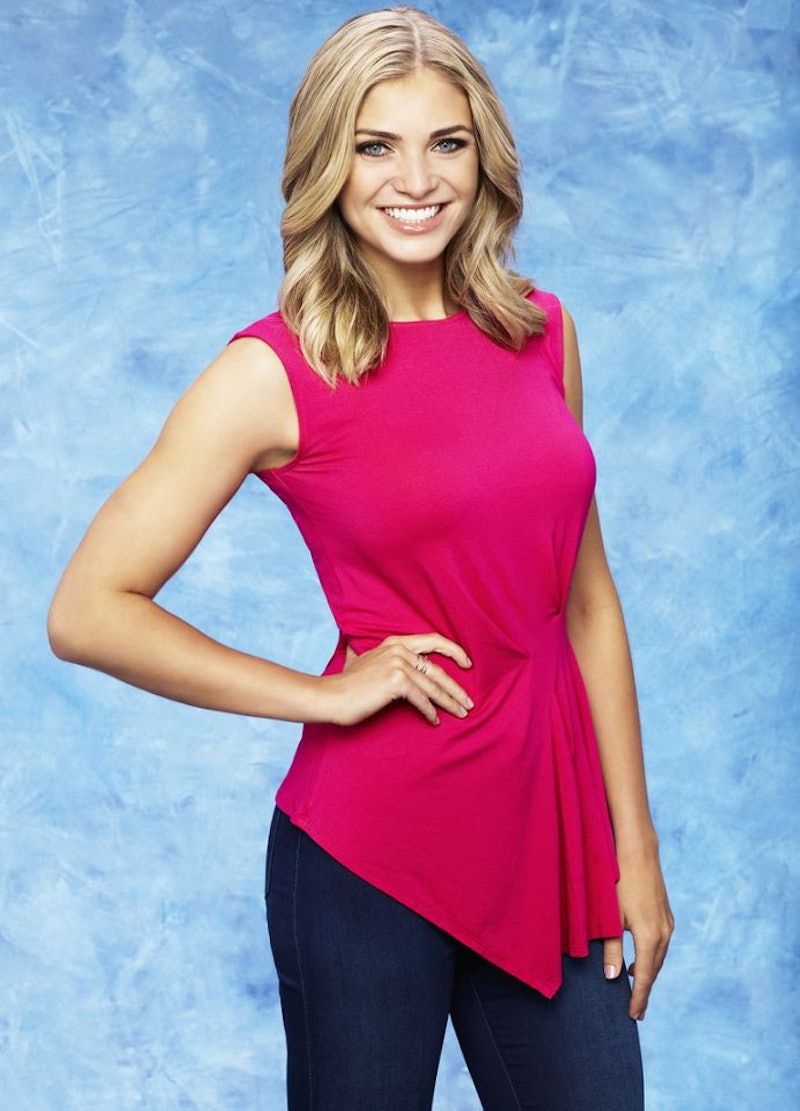 It's that time again, where we get to meet all the contestants from the 2016 season of The Bachelor (well, some of them, as only six names have been released so far). As you know, this time around it's Ben Higgins' turn in the Bachelor hot seat, and one of the most interesting ladies vying for his heart so far is TV news anchor Olivia Caridi. Normally, fans don't get a proper introduction to these ladies until the show premieres, because for the most part they aren't famous and don't have any kind of a high profile until they become part of Bachelor Nation, but Caridi is an exception, because she's a news anchor in Texas, and we actually have some footage of her doing her thing! What a great opportunity to do a little digging and get a feel for this girl before Ben's season of The Bachelor premieres on Jan. 4. Especially because apparently Ben and Olivia hit it off right away... at least according to an interview the show's host Chris Harrison gave to Yahoo introducing a few of the 2016 Bachelor women:

Olivia is a 23-year-old news anchor from Texas who took a break and put her career on hold to do The Bachelor. Obviously pretty. Pleasant smile. One of the things Ben worries about is if she is sincere, because she has a career in television. And he wonders, like everyone does, if she is there for the right reasons — or is she here for publicity? She’s beautiful, and Ben takes a liking to her straight out of the limo. She makes a strong first impression.

But don't take his word for it — get that first impression for yourself, with some clips of Caridi in her natural habitat: the TV news studio. Here's a segment she did, on the closing of a Virginia college:

And then here's her actual — something that The Bachelor producers may have seen while considering her to be a contestant on this season. #killingit

So far I'd say I get the impression that she's smart, capable, and great at her job, although I don't have much of an idea of her personality yet — news anchors do have to keep things super middle of the road on-air. Guess I'll just have to tune in when the episodes start airing in January. For research, of course!