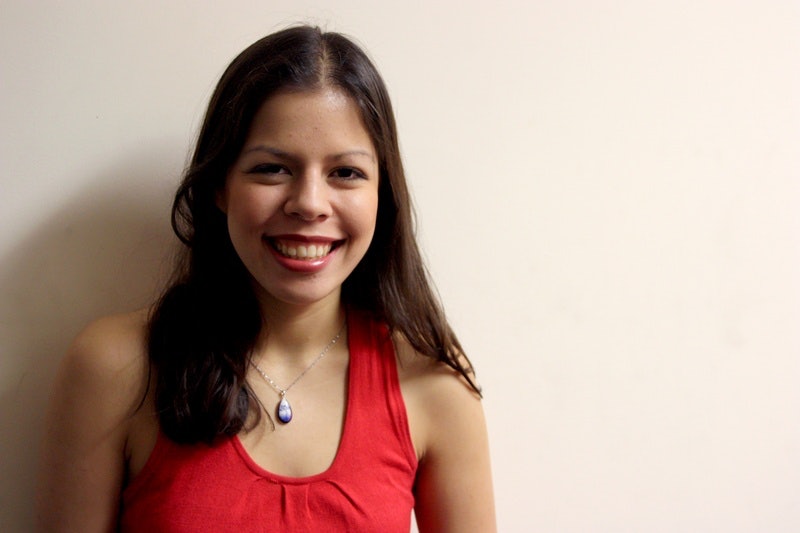 I’m Chinese-Italian, which means two things: I really, really like noodles — and people have a hard time figuring out my ethnicity. Most people assume I’m Latina or Filipina. The ones trying to be clever guess Hawaiian or Persian.

There are some perks to being ethnically vague-looking. For example, when I inevitably rage out on the umpteenth person who says, “So your white dad has yellow fever,” the police will have no idea how to write my APB.

My ethnicity is not a puzzle for people to solve; it’s my life. So for the sake of the ethnically ambiguous-looking people in your life, consider avoiding the following seven phrases.

1. “You don’t look like your ethnicity at all. Like, I NEVER would have guessed that. Not in a million years. ”

OK, I get it. I heard you the first time. I don’t look like my ethnic background. More accurately, I don’t fit your preconceptions of what certain races look like.

Most ethnically ambiguous-looking people are aware of this already. It’s impossible not to be when you continually have to confirm who you are. Even for those of us who have made our peace with our ambiguous appearance, it’s not great to be reminded of it.

Here’s the thing about celebrity comparisons; they’re rarely accurate. In the case of multiracial people, change that “rarely” to “never.” If you want to flatter us, try a regular compliment instead.

I’ve been compared to America Ferrera (wrong ethnicity entirely), Lucy Liu (she wouldn’t appreciate that), and Olivia Munn (closer, but still no). These actresses are gorgeous and I would be lucky to look like them, but it doesn’t change the fact that I don’t.

It would be weird to tell every blonde, all-American girl that they look like Reese Witherspoon. By the same token, not all Asian-African American women look like Kimora Lee Simmons!

3. “So you say that’s your ethnicity, but are you really?”

So, this question implies two things: that I don’t resemble my heritage AND I’m a liar. Awesome.

I recently got this question from a journalist who I met on OKCupid. Apparently, multiracial singles do well on online dating sites, but in this case, my ethnicity did not work in my favor.

He texted me, "So can I ask you something potentially uncouth?" Unfortunately, he didn't wait for my answer.

You would think a journalist would know not to ask blatantly offensive questions. Here's how I responded.

I understand why he would think I was Latina based on my appearance. But it doesn't change the fact that I had already told him and written on my profile that I was half-Asian.

This usually follows an awkward comment about people of my heritage. I can’t count how many times a female friend has ranted about how she could never date Asian guys because they’re just SO unattractive. Cue a side-glance from me, an uncomfortable pause, and half-hearted excuses.

Many of my multiracial friends have had similar experiences. Their friends or family make comments about “those people,” forgetting they are literally in mixed company.

Sometimes when people get stumped by my actual ethnicity, they start to rattle off Asian stereotypes. For example, “But I thought Chinese people have those squinty eyes,” or “You have great teeth,” which really means "I’m surprised you don’t have buckteeth".

I want to stop these people before all the racist nonsense comes out. It’s just plain dumb. It’s not like all Irish people are redheads.

By the way, my Chinese mother doesn’t have narrow eyes either. Her teeth are also straighter than mine despite not having braces, which I rocked all through junior high.

6. “Why don’t you speak [insert foreign language that has nothing to do with your background]?”

I can understand why people assume I speak Spanish. I’m an olive-skinned, curvy brunette in New York City. But asking me over and over does not change the fact that I really, truly don’t speak Spanish.

ME: What? Sorry, I don’t speak Spanish.

STRANGER: How can you not know Spanish?

ME: I never learned it.

STRANGER: Your parents should have taught you.

ME: They don’t speak Spanish either.

STRANGER: But you’re Latina. You must be joking.

Despite my appearance, I assure you I’m just another American who can’t pronounce the Chipotle menu. I should learn Spanish for many reasons, but my ethnicity isn’t one of them.

This is the hardest thing to hear when you’re ethnically ambiguous-looking. I’ve largely made my peace with the off-color remarks and guessing games, but the feeling that I’m not "Chinese enough" is much harder to deal with.

Truth be told, it's hard to argue with this sentiment. My more obviously Asian friends and family members walk through life subjected to a different set of prejudices and assumptions. I can’t entirely grasp how my mother felt when her college dean discouraged her from going to law school because “it requires a lot of English.” (My mother, who was a political science major, fortunately ignored her and went on to graduate from NYU Law.)

On the other side of the divide, I know I’ll never resemble the prototypical beautiful Chinese girl; pale, thin, and demure. I don't aspire to look like that, but it still stings. I'm half-Asian, and that half can feel incomplete.

What's clear, however, is that I could go without hearing those seven phrases ever again — but I know that’s unrealistic. All I ask is that people try to see me for who I am: a woman who really, really likes noodles.