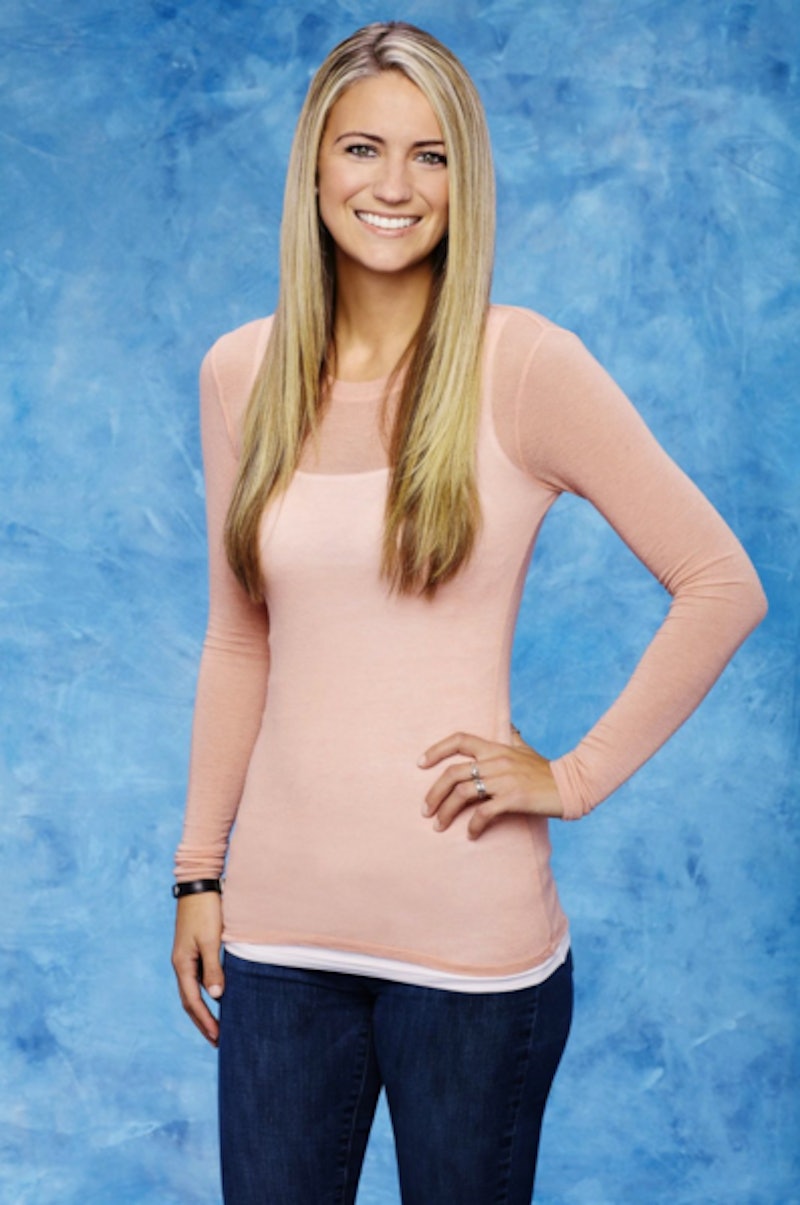 Fans of The Bachelor rejoice, we are less than a month away from our Ben Higgins season, premiering Jan. 4. And, ABC has already announced who the 28 contestants vying for Ben H.’s heart will be! With so many new women to get to know before 27 of them get sent home roseless eventually it's hard to pick who to learn more about first. JUST KIDDING. It's obvious who everyone should check out: Tiara, The Bachelor 's resident "chicken enthusiast," of course. Because, like, what even is a chicken enthusiast? (And how can I never ever sign up for that job?)

Pretty much everyone, myself included, wanted the former Bachelorette contestant Ben Higgins to be the next Bachelor — even his ex Kaitlyn Bristowe. On The Bachelorette, he was cute, and sweet, and respectful toward Kaitlyn. This guy has all the makings of a good Bachelor, and I am really rooting for him to find love. But, which contestant will be the bachelorette of Ben's dreams? Perhaps Tiara Soleim from Redmond, Wa.? (You know, if he can overlook her strange occupation?)

Let’s get to know this bachelorette before we start counting our chickens before they hatch! I took to the Internet to learn more about who Tiara was, and here's what I found:

1. This Girl Really Is Crazy For Chickens

If her Instagram is any indication, Tiara really does know a thing or two about chickens.

In her ABC bio, Tiara says her favorite vacation was visiting Ireland because she “rode horses for 10 days!” That sounds extreme, but OK.

Tiara doesn’t shy away from pink.

4. Tiara Is From The Pacific North West

Hailing from Redmond, Washington — just outside of Seattle — she posts a lot of Instagram-worthy PNW scenes.

5. She Does Aerial Silks

Silks, chicken wrangling, and horseback riding... What can’t she do?

Not that loving chickens isn't a full-time job (it's not), but LinkedIn says Tiara is a dental assistant, so there's a lot more to her than chickens. But also chickens. Mostly those.