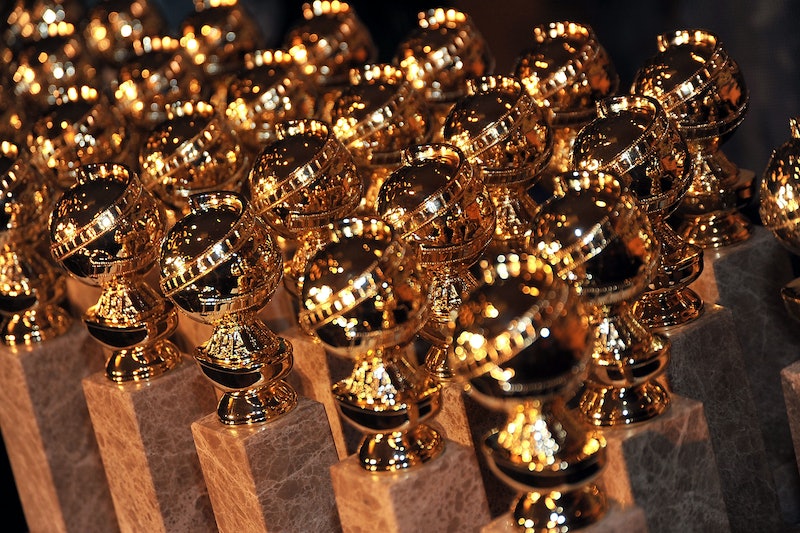 Bright and early Thursday morning, the nominations for the 2016 Golden Globes were finally announced. As usual with most award shows, there were several surprises and of course too many snubs. Based on the nominations, it's pretty clear to see who the Hollywood Foreign Press Association is loving this year and who they aren't, especially when it comes to TV. That said, what TV series nabbed the most Golden Globe nominations?

This might come as a shocker, but there is no clear-cut winner. It seems the HFPA isn't playing favorites this year, because a lot of series are receiving the same amount of love. The most nominations a TV series received is three, with Mr. Robot, Fargo, Outlander, American Crime, and Transparent all tying. Here's a breakdown of each.

There's quite a variation of series with the most noms. So, what does it say about the TV/entertainment industry? Actually, it says something huge. Not only is quality television and prominent talent being rightfully recognized, but it appears shows that are depicting real-life issues, some controversial, are being honored for their brave work.

Take Transparent, which follows Tambor's character and her journey as a transgender person. Then there's American Crime addressing race, gender, and class issues, especially within the legal system. USA's Mr. Robot is clearly a big hit and it's done amazing work making mental illness a topic of conversation, all while flawlessly integrating BD Wong's transgender character into the complex story lines. Outlander's sci-fi aspect has really swept fans off their feet, not to mention the series refusing to shy away from male rape. Finally, Fargo. Was anyone surprised by its nominations? Absolutely not and probably because Season 2 has widely showcased feminism, an intriguing story line mixed with UFOs, and continuing with its deadpan humor.

The TV and entertainment industry is depicting more and more stories of real-life and relevant issues throughout both drama and comedy. Clearly, shows that are willing to push the boundaries are what's finding the most success and are going to be recognized at awards shows — at least at the Golden Globes.