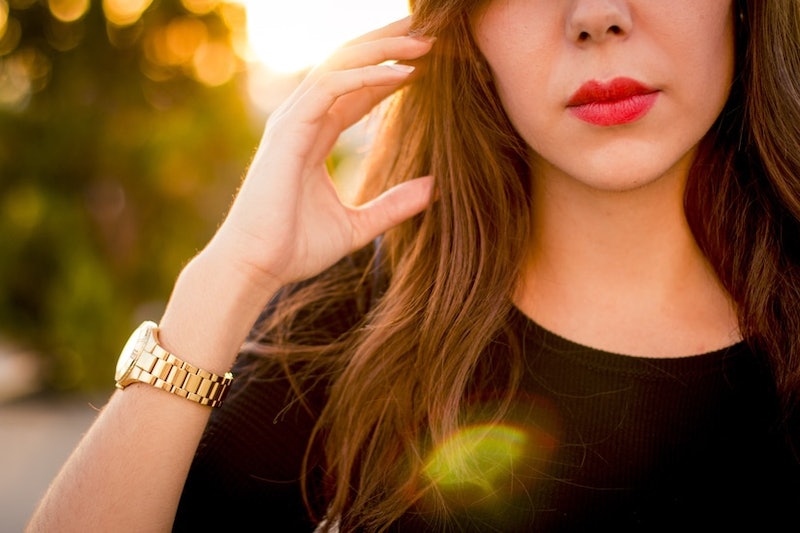 Everyone has joked about having OCD (obsessive-compulsive disorder), but it's really no picnic for people who truly struggle with the disorder. Yes, everyone likes tidy bookshelves and clean hands, but that doesn't necessarily mean you're suffering from a mental illness. True OCD sufferers know that the symptoms go well beyond being neat and orderly, and can often be downright strange.

According to the Mayo Clinic, obsessive-compulsive disorder is characterized by unreasonable thoughts and fears (obsessions) that lead you to do repetitive behaviors (compulsions). Most OCD sufferers realize their obsessions aren't based in reality, and they try to stop or ignore their intrusive thoughts. But that only causes more anxiety and ultimately drives them to perform a compulsion, or ritual, to ease the stressful feelings. It's a vicious cycle, for sure.

When most of us think of OCD, we think of that super neat freak in our lives, or the germaphobe who uses tons of hand sanitizer. But rarely do we think of someone who stands in their living room flipping a light switch on and off precisely 21 times. That last example is getting closer to some of the lesser-known symptoms of OCD.

More common forms of OCD include checking, hand washing, craving symmetry, and fearing contamination. And of course these are distressing and time-consuming aspects of the disorder. But they aren't the whole picture. Here are a few lesser known symptoms of OCD that you may not have considered, whether you suffer with the disorder or not.

1. You're Convinced You'll Go Snap At Any Moment

Some OCD sufferers have a problem with impulse control, or at least they think they do. This means they live with a fear that they'll do something unforgivable at any moment, even though they probably won't. As Allen H. Weg said in Psychology Today, "This involves the obsession that one will act out in some way, temporarily 'go insane' and then just as quickly 'snap out of it' and then be stuck with the consequences of their actions." People may fear they'll steal from a store, blurt out something rude in public, or even hurt their family. In an effort to prevent anything bad from happening, sufferers will often take great pains to prevent catastrophe by staying home, or by hiding sharp objects from themselves, according to Weg.

2. You're Sure You'll Hit Someone With Your Car

Many OCD sufferers check things — they'll check a dozen times that they locked a door, turned off the stove, or blew out a candle. But some sufferers have what's known as Hit And Run OCD, or MVA (Motor Vehicle Accident) OCD. According to Weg, "Drivers obsess that maybe they hit someone without realizing it when driving, and then drive back repeatedly to check the area for bodies and/or police or ambulance activity. They will then go home and check the papers and local TV reports for stories about hit-and-run accidents." Very distressing indeed.

3. You Have A Magical Way Of Thinking, And Rituals To Go Along With It

Most OCD symptoms involve some sort of magical thinking, but this is especially true when it comes to performing rituals. For example, you may get a certain number stuck in your head and have to do things that many times. It can be especially maddening because your ritual must be performed perfectly, or else it "won't work." As noted by Fred Penzel, Ph.D., on BeyondOCD.com, "... The steps of the compulsive ritual must be kept rigidly 'pure' and perfect, and cannot vary ... Additionally, rituals must be performed while in the correct state of mind, with no interfering 'bad' or wayward thoughts. Because anxiety typically hampers the performance of almost anything, sufferers generally find it very difficult to get their rituals to be perfect." Basically, if the steps are done in the wrong order, if something is forgotten, or if the person thinks of an unpleasant image during the ritual, then the magic is destroyed and the ritual must start over.

4. You Get Violent Thoughts Stuck In Your Head, Even Though They Scare You

The very nature of being obsessive is that you can't get certain thoughts out of your head. But sometimes a different type of thought invades your mind, and it may be of a disturbing nature. These thoughts are particularly violent and gory, and even though they are distressing, the sufferer can't get them out of their mind. According to a website dedicated to the disorder called OCDUK.org, "Because the intrusive thoughts are repetitive and not voluntarily produced, they cause the sufferer extreme distress — the very idea that they are capable of having such thoughts in the first place can be horrifying. However ... people with Obsessive-Compulsive Disorder are the least likely people to actually act on the thoughts, partly because they find them so repugnant and go to great lengths to avoid them and prevent them happening."

5. You Can't Stop Thinking About Perverted Things, Even If You Want To

We all have a gross thought or a sexy daydream from time to time, but rarely are they unwanted. Some OCD sufferers on the other hand, have these thoughts, but they can often get out of hand. According to Monica T. Williams in Psychology Today, "Unwanted sexual thoughts are common, and most people are able to dismiss an occasional bothersome thought. However, people with OCD cannot rid themselves of unwanted thoughts, and when the content is sexual in nature, the obsessions can be especially upsetting."

6. Sometimes You Become Obsessed With The Thought Of A Catastrophic Event

Some people with OCD will be walking down the street when suddenly they're struck with the thought of getting hit by a car. They may be perfectly safe on the sidewalk, but the idea is still there. They then spend several upsetting moments, or even the rest of the day, ruminating about irrational worst-case outcomes, according to Ron Breazeale, Ph.D., in Psychology Today. It's like having a scary movie playing in your head, and the main character is you.

OCD shows itself in many ways, from the typical hand washing and cleaning, to the more obscure symptoms — such as magical thinking, or fearing you'll go insane. Either way, OCD can be downright distressing. If you think you're suffering with the disorder, talk to your doctor about what steps to take next.