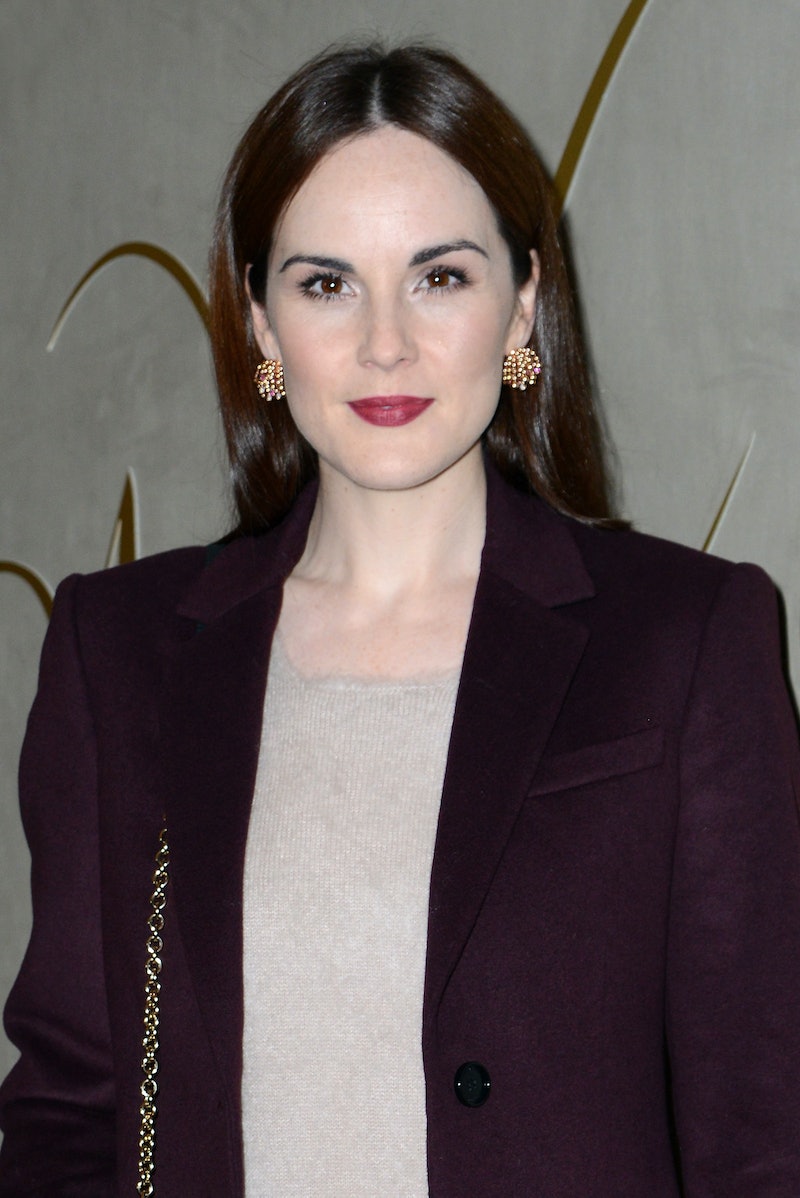 When is there going to be a Real Housewives of Downton Abbey? Maybe sooner than you think, or at least I'm hoping so based on Lady Mary's Housewives tagline. While visiting Watch What Happens Live Thursday, Downton Abbey star Michelle Dockery came up with a tagline for her character. Not only is it quite saucy, but it reveals a lot about Downton 's final season [insert sad face]. It is: "I'm Lady Mary Crawley, and this season I ride astride."

What is Dockery trying to tell fans with that tagline? Does this mean Mary is going to see a lot of action this season — or is she just going to partake in a lot of horseback riding? The final season promo does show Mary on a horse. But there's always a chance Mary is going to explore her sexuality even more, like she did during Season 5 with Tony. I mean, Mary did seem intrigued by Henry Talbot (played by Matthew Goode) by the end of the fifth season, so there's a chance the final season will feature a romance between the two — and maybe even some sexual escapades.

Of course, fans probably shouldn't read too much into the tagline, because it's all for fun. Whatever the case, Dockery just made me even more excited for Season 6 and what's ahead for her character.

Back to my idea for a Real Housewives of Downton Abbey. What do you think the other characters' taglines would be? Here are just a few ideas.

"I'm not 'Poor Edith,' but I am someone who fights for what I want."

"I know a thing or two about being a lady's maid — and also how to fight the law."

"I'm the head housekeeper and don't you forget it."

"I may be an American, but I'm not leaving England anytime soon."

"Unlike some, my future isn't bleak, but filled with adventure."

"If there are too many cooks in the kitchen, I'll let you know."

"The weekend confuses me, but my place as the Dowager Countess doesn't."