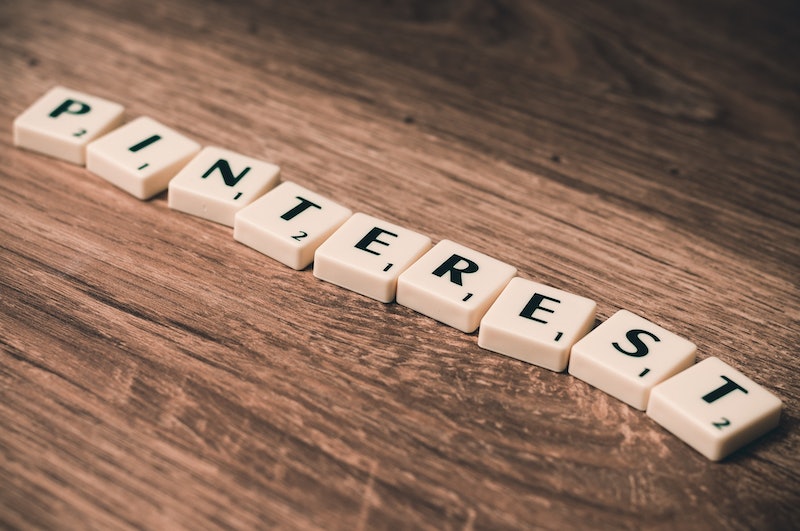 You can really tell a lot about a person by looking through their search history. Based on this theory, I've got a lot of juicy secrets about the United States based off of the top Pinterest searches of 2015. They're both varied and eclectic, ranging from fantasy to haircuts and picturesque northern European scene-scapes. Quite honestly, I'm impressed with us. I expected our search to be filled with exclusively knitting techniques and rainbow cakes and DIY nail art. It seems, however, that we've moved on to bigger and more culturally diverse topics!

It's so humanizing to see top search lists like this. I spent the last year thinking I was unique for pinning my dream vacations to Iceland and creating boards to help guide me into the chic waters of women's fashion inspired menswear. As far as I knew, Iceland was my little secret spot I stumbled across on the National Geographic Instagram. And blazers and boyfriend jeans were totally imagined by my most personalized taste. Turns out, I'm just like everyone else. We're all pinning the same stuff. We're all into the surreal blue hue of Iceland's majestic fjords and we're all intrigued by the majesty of ~the lob~. Enjoy our surprisingly good taste and variety in the top Pinterest searches of 2015 here:

Harry Potter just never goes out of style. In the last year, the books picked up momentum again and have officially moved into a nostalgia-zone... a zone the Internet is very fond of.

The long bob is definitely the cool kid at the lunch table this year. It's a ballsy move to chop your hair, but it's a stylish compromise to go for a long bob. From Khloe Kardashian to Taylor Swift, the lob is spreading through Hollywood like wildfire.

Iceland is outrageously gorgeous. From the Northern Lights to the fjords, there's endless eye candy to get gaga for. People love to post and pin pictures of the crazy colors native only to the magic island country.

Men's fashion is totally evolving. It's finally becoming as prominent and influential as women's fashion. But in the last year, men's fashion has also begun to greatly influence women's fashion. Androgynous style is becoming more and more popular. Partially thanks to Ruby Rose, who blew up the Internet this year, the genderless style is easier to find and achieve.

Woodwork, yo. It's becoming much more popular these days. Thanks to the DIY craze that constantly spreads through Pinterest, people are expanding their horizons regarding what they are capable of creating with their own hands.

The more amazing products that make their way to the market, the more space we need in our bathrooms. Bathroom space in big cities that offer tiny bathrooms is hugely important. Pinterest has helped so many people out in the last year with creative solutions to small bathrooms with too many products to place.

It used to be that large, mural-like tattoos were all the rage. In the last few years, small, minimalist tattoos are becoming more popular. You've probably heard at least once in the last year "I want a small tattoo, but I don't know what to get" — well, that person went on Pinterest to look.

Interior design styles are always changing. Our tastes turn very modern one year, and then revert back to a vintage style the next. In the last year, people have been searching for lots of international styles, Scandinavian interiors topping that list.

There's so much interest in the vegan lifestyle, and yet so much confusion regarding how to achieve it. Pinterest has been instrumental in helping the vegan curious find their vegan palate. There are so many amazing, easy-to-follow recipes for every lifestyle.

This year is the 150th anniversary of Alice in Wonderland, which apparently led to a lot of pinning. The classic story is filled with such amazing images, from the flowers to the tea parties to Alice's amazing hair ... three things that the Internet is already obsessed with. It's no surprise this made the list.

More like this
11 Trends From The ‘90s That Made You Feel So Cool
By Julie Sprankles
TikToker Kate Glavan Has The Antidote To The “Hot Girl Walk”
By Alexis Morillo
Here’s What Sarah Jessica Parker’s Canned Cosmo *Actually* Tastes Like
By Emma Garza
What Is “Night Luxe?” Breaking Down TikTok’s New Aesthetic
By Courtney Young
Get Even More From Bustle — Sign Up For The Newsletter