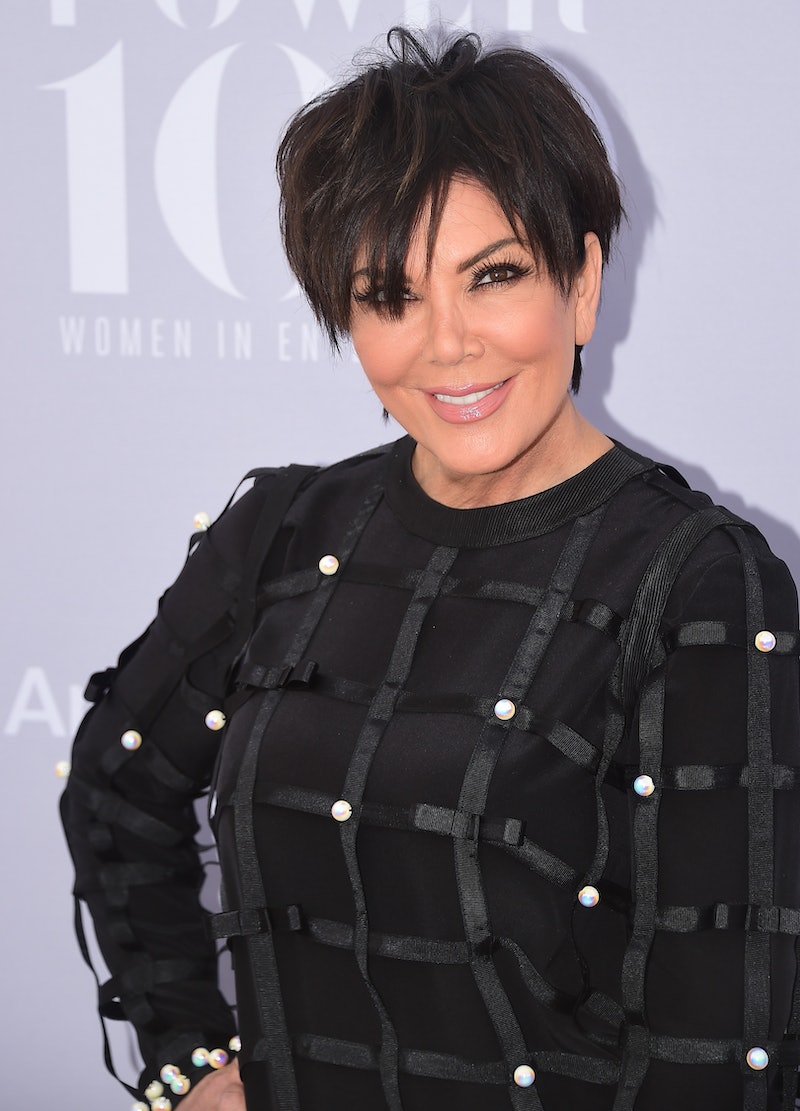 Kris Jenner's not a regular mom, she's a cool mom. And, if she has anything to say about it, she'll soon be the only one who is allowed to be a proud mom — because Kris Jenner is trying to trademark the phrase "#ProudMama," TMZ reports. Yep.

According to TMZ, the Kardashian momager (who has attempted to trademark that term as well) has filed paperwork to trademark the #ProudMama hashtag, one that she uses frequently on social media to show how supportive she is of her kids and their successful ventures. Jenner's motivation behind the trademark is for "advertising purposes," TMZ claims. If Jenner is successful and the trademark gets approved, anyone who wants to use the phrase #ProudMama would have to run it by the Kardashian family matriarch first, TMZ notes. Otherwise, she could sue them. Cool. (Take one look at the "#proudmama" hashtag on Instagram and you'll see countless photos of smiling kids and their accomplishments — the majority of which have nothing to do with Jenner.)

Bustle has reached out to Jenner's rep for comment, but has not yet heard back.

It pretty much goes without saying that the attempt to trademark #ProudMama is pretty much the last step in Kris Jenner's transformation into the real-life version of Regina George's mom from Mean Girls . And as we all know, there is no prouder mom out there than Mrs. George. *cut to scene of her recording and dancing in the aisle to the Plastics' performance of "Jingle Bell Rock"*

It's a comparison that has been floating around the Internet for years, but really reached an all-time peak at this year's Victoria's Secret Fashion Show when Jenner was frequently shown on camera photographing daughter Kendall walk down the runway. Almost immediately, the Internet erupted with memes comparing the two — and let me just say that the reaction was on-point.

Should Mrs. George become a real-life human and not just an incredible character portrayed by Amy Poehler, she's totally the type of "cool mom" who would attempt to trademark #ProudMama. And Kris Jenner is Regina George's mom incarnate.