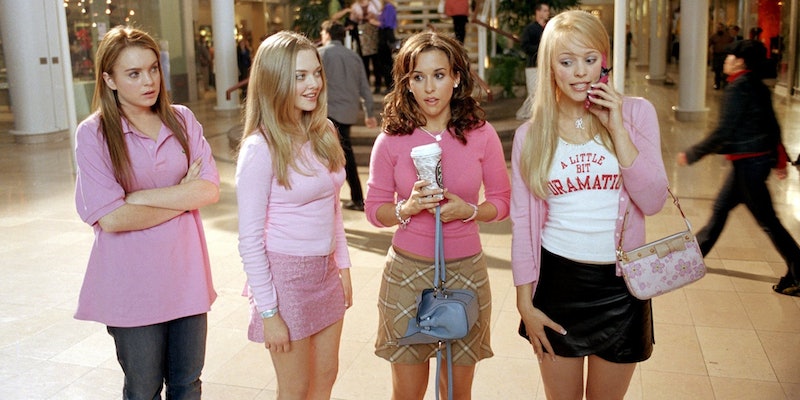 There really was nothing like being a teenager in the 2000s. The world was an entirely different place, even from the decade before: A new century had started, and the stakes were higher thanks to the political strife of a post-9/11 world. Because of this, a lot of the movies that came out in the 2000s spoke directly to teens everywhere, showing a world that was sometimes sad and sometimes funny, but often incredibly confusing. And if that doesn’t sound exactly like what it feels like to be a teenager, then I don’t know what does. During that time, there were so many '00s movies that gave teens everywhere all the feels. If you were one then, than these movies defined your days, your relationships, and sometimes your entire understanding of the world.

Where else were you going to learn how to be a good friend or what the true consequences of your actions are if not from the movies that you watched on the regular? I mean, sure, your parents probably had a hand in influencing your understanding of the world, but really it was these movies that taught the big lessons. The '00s were an exciting and sometimes scary time, but the movies below helped many teens get through one of the most intense decades of their lives and in their country’s history.

1. Eternal Sunshine Of The Spotless Mind

What teenager didn’t wish that they could erase certain moments and memories from their mind in order to not feel as much pain? But you learned an important lesson when that backfired in Jim Carrey’s face. Sometimes feeling pain is just as important as feeling pleasure.

When you realized this movie was being told backwards, you were in total awe, and you quickly realized that sometimes figuring life out kinda felt like that, too.

Most likely, this was one of your first tastes of feminism and girl power. You loved this movie intensely, especially since it was all about being yourself in a world that is trying to get you to be anything but.

Global warming was on everyone’s minds in the 2000s, and Avatar’s message about caring for the world was critical to building teenagers' social consciences during that decade.

You never knew your dreams could be as big as they were after you saw this movie. For months after you thought of journalism and following bands around the country, and it may or may not have been the reason why you begged for a guitar for your birthday that year.

You never in your life thought you’d cry over an animated robot, but, damn, those people at Pixar are storytelling geniuses.

Not that you were necessarily inspired by Juno’s decision-making, but this movie did make you fall in love with her sharp wit and her geeky baby daddy. It also made you seriously think about the other side of sex, and it may have given you a way to talk to your parents about subjects like pregnancy and birth control.

Because every teen in the 2000s went through a cheerleading phase after Torrance came into their lives. You watched this one on repeat and even used some of the routines for your cheerleading try-out. You know, the one that went down in the books as one of the worst in your school’s history. Good times.

This movie gave you serious hope for your romantic future, especially when you were the last of your friends to get past first base.

Because no one ever talked about love and breakups like Rob Gordon did, and you felt exactly the same way. Mix tapes for all the people who had ever done you wrong!

13. Harry Potter And The Sorcerer's Stone

This movie meant so much to you. This was the film you couldn’t get enough of, the movie you stood outside and waited for, the movie you counted down the days until you could go and see. This movie was like a first crush, a first love, a boy band whose music you knew all the words to. You were obsessed and there was nothing you could do about.