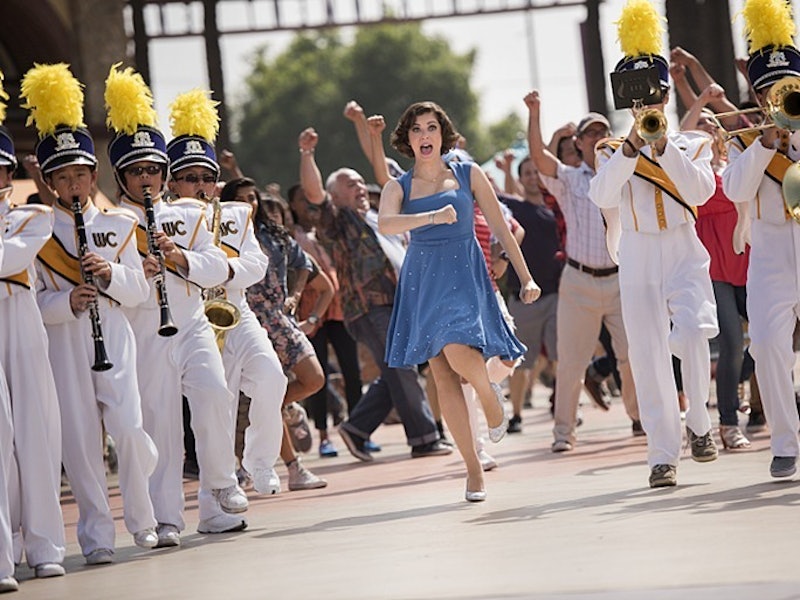 Like any TV connoisseur, I have been devouring best shows of 2015 lists for the last two weeks. These rankings come pouring in during December and they are always a great place to find recommendations for shows you may have missed or given up on that suddenly got great (I'm looking at you, The Leftovers). 2015 was the year of TV shows aplenty, with amazing scripted and unscripted shows coming from every network, streaming service, and obscure channel on the dial — er, make that channel list. The sheer amount of TV available means no one can watch everything, and yet it still seems like everyone is watching The Walking Dead, Game of Thrones, and American Horror Story. What about those underrated TV gems that are so easy to get lost in the pop culture conversation?

Instead of simply offering up a list of the best shows of 2015, I'm going to offer you the best shows of 2015 that you probably didn't watch. I feel confident that you mainlined Jessica Jones and tuned into Empire, but did you join the undead adventures of Liv Moore on iZombie? Did you miss out on the romantic genius of Catastrophe? Are you living in a world where the Looking cancellation didn't devastate you? Then this is the list for you.

Man meets woman, man and woman spend one glorious week having all the sex, and then woman finds out she's pregnant. That is the basic summary of the first five minutes or so of TV's best and most unconventional romantic comedy. Amazon's British import follows fortysomethings Rob and Sharon as they bumble their way through falling in love backwards and preparing to have a kid with someone they barely know. The six-episode first season is hilarious, totally unexpected, and more romantic than anything Hollywood has conjured up in at least a decade.

Dark, strange, and beautiful, far too few people went on Fortitude's twisty journey in Season 1, but since the Arctic mystery has been renewed for Season 2, there is plenty of time to catch up on this meticulously cast drama.

An allegory on recovering from trauma, iZombie (now in its second season) has more emotional bite than any show about a crime-solving zombie has any right to have. Rose McIver anchors the series with heart and pathos as Liv Moore, a young woman learning to live with being undead.

With Downton Abbey leaving the world down one delicious, soapy period piece, Poldark stepped up as the true heir apparent. Aidan Turner absolutely smolders in the role of Revolutionary War veteran Ross Poldark. Add in an old school romance that could melt the coldest of hearts, family drama on an epic scale, and scenery that is pure eye candy and you have a show more addictive than anything Walter White ever cooked up in his van.

Star Rachel Bloom just snagged a Golden Globe nomination for her performance as Rebecca Bunch, which should be reason enough for you to watch this stereotype-shattering series. If you need a few more reasons, though, there are always the original musical numbers, the complex female protagonist, and the fantastic ensemble cast who will make you laugh until you actually cry.

Two short seasons of Looking will never be enough, but that and a movie are all the fans of this thoughtful series about gay men searching for love in San Francisco will ever get. The show was even more confident and ambitious in its second year than its first, making its cancellation all the more frustrating.

The delightful absurdity of this turn-of-the-century Real Housewives will be your everything if you just give it a chance.

Forget the manufactured tension of your average competition series, The Great British Baking Show is a triumph of talent. Real skill goes into every intricate bake and because there is no bickering among the bakers, the stakes are high every single week. This show is what all reality TV should aspire to be.

A family sitcom that delivers on laughs and diversity? Yes, thank you, more please. Add in the absolutely revelatory performance by Constance Wu and you have a near flawless sitcom.

Not as timely as Master of None or as wonderfully immersive as Unbreakable Kimmy Schmidt, Grace and Frankie became the Netflix comedy that got lost in the shuffle in 2015. It found an audience (it's already been renewed through Season 3), but that fanbase could be much bigger. Grounded by a soulful and acerbic performance from Jane Fonda that balances perfectly with the earthy, witty powerhouse performance given by Lily Tomlin, Grace and Frankie was an ode to two women who were forced into a second act by circumstances beyond their control and came out all the stronger for it.

It turns out the quiet lives of two metal detecting enthusiasts can make for terrific, meditative TV. Acorn TV first brought this BBC import stateside, but Season 1 landed on Netflix in December just in time for a last minute end of year marathon.

The line between human and machine blurs until it almost disappears in the engaging sci-fi drama Humans. The summer series was a monster hit in the U.K., but Humans is an underrated gem just waiting to be discovered stateside.

If you haven't discovered this madcap cartoon about a magical princess who fights evils and causes controlled mayhem, then I am in deep envy of you because you have so much coolness in your future.

This one falls firmly into the cancelled too soon column. The beautifully fraught story of battlefield nurses is just six episodes long, but it is engrossing from start to finish.

A singing, dancing extravaganza of awesome, Galavant is returning for a second season in January. Don't be that person who missed out on Season 1.

With 2015 winding down, now is the perfect time to catch up on all the awesome shows you missed. Do it now because 2016 is coming and bringing a whole lot of new television goodness with it.

More like this
What’s New On Netflix: 'Never Have I Ever' & 'Indian Matchmaking' Return
By Arya Roshanian
What’s New On Netflix: 'Bridget Jones’s Diary' & 'Monster-in-Law'
By Arya Roshanian
Watch The Trailer For Netflix’s Edgy New Comedy 'FAKES'
By Brad Witter
Here’s How You Can Watch Season 3 Of 'Never Have I Ever' In The UK
By Frances Stewart
Get Even More From Bustle — Sign Up For The Newsletter