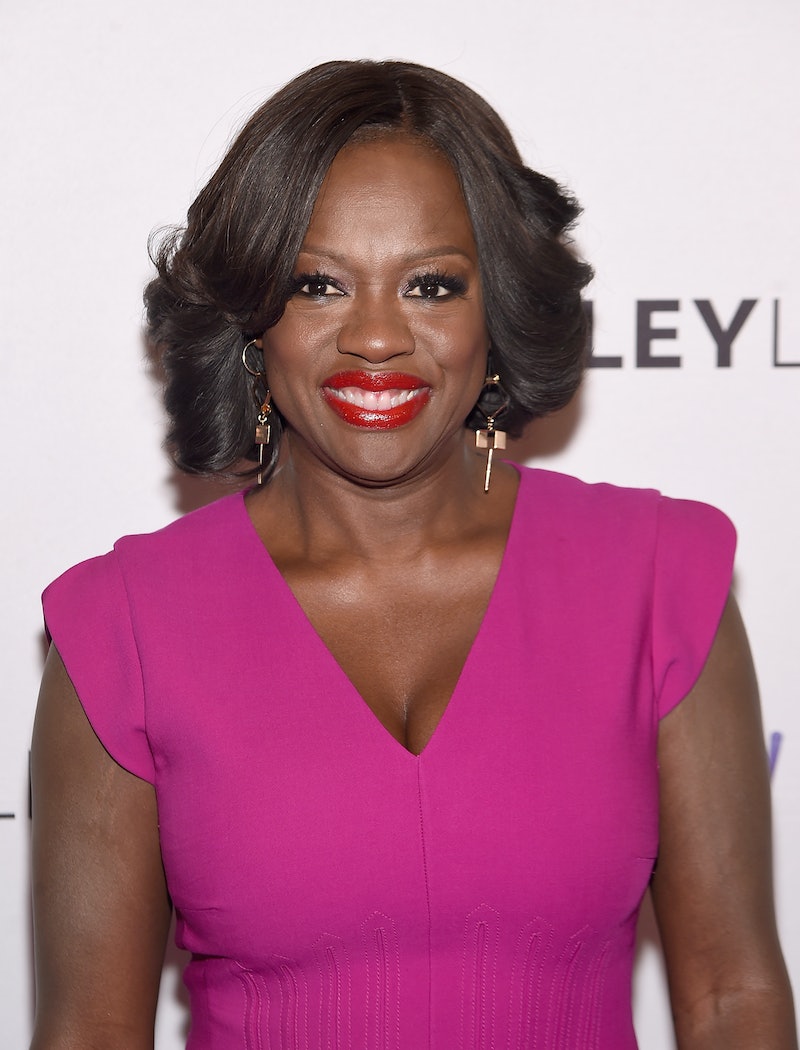 There were many moments this year in which women celebrated each other and how far they've come, and many moments in which those of other genders joined them in feminist solidarity. However, 2015 was also a year in which women were standing up for themselves. Rather than "lean in," demonstrate quiet resilience, or be grateful for what they have, many women decided to stop playing nice and stand up for themselves. They were done with sexism (even if it was in a joking tone, because any sexism is not OK), done simply expressing gratitude for awards women should have been winning all along, and done having their culture appropriated.

Of course, we're familiar with many of the famous examples from this year — of celebrities calling each other out, of journalists with platforms writing about their frustrations, and of television shows that have really stepped up their feminist game. So, those are the ones I'm including in this list. Hopefully, these examples have given women who are not famous or don't have an outlet to tell their stories the chance to stand up to oppressive forces. And for those who can't or aren't ready yet, that's OK too. Let's honor the women who have used their power for good and remember that speaking truth to power isn't always an easy task.

The "Ladies And Gentlemen" Episode Of Master Of None

This entire episode was a feminist masterpiece, exploring female experiences from walking on the street in fear to getting harassed on social media — but my favorite moment was when Rachel called out her boyfriend for not believing her real experiences. It's a situation that has played out in so many relationships, but one that's rarely, if ever, depicted on television.

It's been a pretty great year for women's media, but my favorite launch has been that of The Establishment, a site that offers up many new voices and stories rarely heard in media every single day. They describe themselves as "a multimedia company run and funded by women that’s predicated on a simple, yet radical notion: the world is a better, more interesting place when everyone has a voice."

The first black woman to win an Emmy for Outstanding Lead Actress in a Drama Series, Davis used her platform to call out the fact that there are so few roles for women of color. "The only thing that separates women of color from anyone else is opportunity," she famously said. "You cannot win an Emmy for roles that are simply not there."

As a villain with an ability to make people do whatever he wants and an interest in taking young women as girlfriends, Kilgrave's evil in Jessica Jones goes beyond that of a normal villain into territories of rape and consent. Jessica Jones refused to acknowledge that his persuasiveness was anything other than rape — a powerful and risky stance.

In a hilarious video for The Late Show with Stephen Colbert , the senator invited men to...just shut up. About selfies, ethics in gaming journalism, and a great variety of other things.

The launch of Lenny was another great moment in 2015 feminist media, but Jennifer Lawrence's essay on equal pay was a particularly shining example. Deciding that she's ready to stop worrying about being perceived as "difficult" for asking for what she wanted, her words are relatable to any woman who has struggled with the fact that demanding what a man has can ruin her reputation.

Amber Rose and Blac Chyna arrived at the VMAs in jumpsuits covered with the many sexist words they've been labeled. In 2015, Amber Rose has decided she'd done being slut-shamed.

Serena Williams was done answering stupid, sexist questions at the US Open. When an interviewer asked her why she wasn't smiling, Williams answered, "To be perfectly honest, I don't want to be here."

The smartest 17 year old you know, Stenberg, has proven over and over this year how educated she is about issues facing women, and black women specifically. In a memorable post, she called out those appropriating black culture, asking "do female black lives matter too?"

Inside Amy Schumer was particularly uninterested in listening to guys' crap this year; one of my favorite sketches was when they called out boys, and boy bands (ahem, One Direction), for pretending to prefer natural beauty.

In response to increased attacks on Planned Parenthood and pro-choice women, Lindy West and Amelia Bonow started the #ShoutYourAbortion movement to show just how many women have had abortions, and prove that they are not ashamed and won't be silenced.

As a primary target of Internet harassment and mocking, Lewinsky decided that she was done being silent about the way individuals and mass media treated her, as well as others — and so, she delivered a powerful TED talk on the subject of bullying.

In a radio interview, Ariana Grande proved that she was not down with casual, jokey sexism, standing up to her interviewers when they acted like she was overreacting.

This is not nearly all the examples of powerful women just being done in 2015, but the fact that there are so many is an inspiring sign. I just hope 2016 is ready for all these powerful women. Actually, I don't care if it is.

More like this
Sandra Bullock, Girlboss Extraordinaire
By Matt Harkins & Viviana Olen
Spice Girls’ Net Worth: The Richest Member Is Wealthier Than The Rest Combined
By Hugh McIntyre
Lydia Leonard Is Setting The Record Straight
By Olivia-Anne Cleary
BTS Reveals 'Proof' Will Be 3-CD Album & Here Are The Tracklists
By Grace Wehniainen and Alyssa Lapid
Get Even More From Bustle — Sign Up For The Newsletter