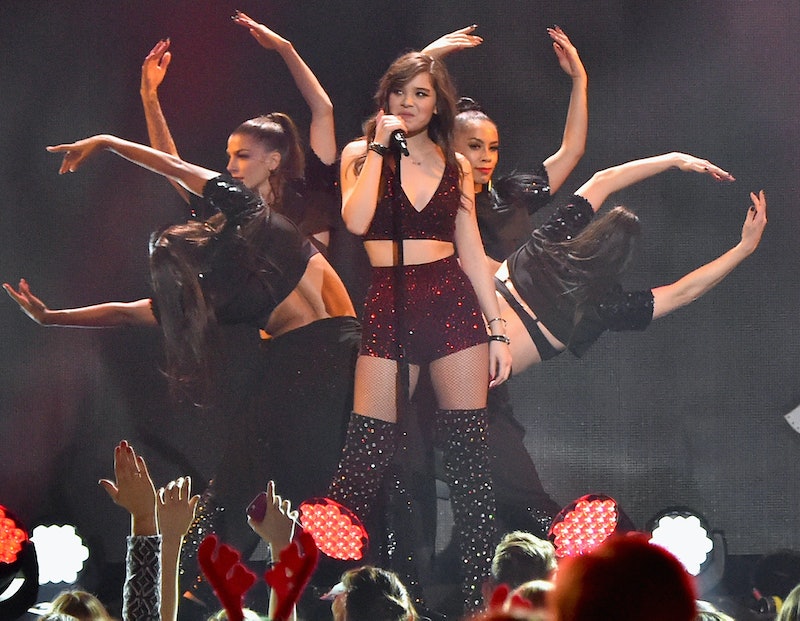 2015 was a huge year for female musicians, and I'm not just talking about Taylor Swift. While we all love big name stars like Swift and Adele, they aren't the only fierce females who slayed the music game in 2015. Several strong women flew under the radar this year, despite putting out some pretty stand-out hits. In particular, nine talented female musicians deserve way more attention than they got this past year, and as 2015 comes to a close, it's about time they get some serious recognition.

If you're a total music junkie like myself, then you probably listen to new playlists every week and save all the stuff that you like. If you're guilty of doing this, then you've likely uncovered a wide array of new female artists that you don't hear on the radio or see grace the Top 50 as often as some of the regulars like Beyonce or Miley Cyrus. And while they may not be chart regulars, these ladies deserve to be heard. After all, you can never have too many female musicians, especially when they have as much talent as these gems I'm about to bring into your life. Whether you're a pop music fan, country junkie, or are digging the new age blend of indie pop/rock, you are in for a treat. Here is a round-up of 2015's best up-and- coming female musicians who need some more recognition for their efforts than they got.

This 19-year-old newcomer got her start on YouTube posting covers of other artists, and found herself on the charts with the big dogs this year after the release of her first hit single, "Here", off of her debut album Know-It-All. This Canadian-born talent is giving everyone a run for their money with her memorable vocals.

Halsey has made major waves this year with the release of her first full length album, BADLANDS. Thankfully, her talent hasn't gone unnoticed. An artist you might be a little familiar with by the name of Justin Bieber brought her onto his comeback album Purpose for the duet "The Feeling" that has both of their fanbases in awe. Still, she deserves even more recognition.

I know what you're thinking: Ellie Goulding is certainly not a newcomer. If anything, she's a seasoned veteran. However, her latest album Delirium needs way more credit and attention than it is getting. It is most definitely her strongest album yet, and her fusion of synth and indie pop is electrifying, with each song on the album as good as the one before it. She even recieved her first Grammy nomination for her single "Love Me Like You Do" from the Fifty Shades of Grey soundtrack. If that's not a sign that you should listen to Delirium, then I don't know what is.

This actress-turned-musician is turning heads, and should be turning even more! After Pitch Perfect 2 hit theaters, the talented teen released her debut single "Love Myself", which had everyone talking about its female empowerment message. Don't stop there: Steinfeld's debut EP HAIZ has other fierce hits that need to be given a chance. You won't regret it.

You're probably way more familiar with Bebe Rexha's voice than you think you are. The mega talented singer-songwriter is the genius behind Eminem and Rihanna's "Monster", but she also has some cool songs of her own that the world needs to hear. Other than featuring on David Guetta's "Hey Mama" and Nico And Vinz's "That's How You Know", she released her debut EP I Don't Wanna Grow Up this year featuring her popular singles "Sweet Beginnings" and "I'm Gonna Show You Crazy".

Elle King has had a breakout year, for sure. Her single "Ex's and Oh's" made it to the U.S. Top 10, and she also scored herself two Grammy nominations. What does this tell me? It's time for the world to dig into her album Love Stuff.

This teenager hailing from Pittsburgh had her first single ever, "Hide Away", hit gold status this year, and has found herself gracing Spotify in the ever-so-played "Teen Pop" playlist with the likes of Selena Gomez and Tori Kelly. At the rate she's going, she'll be a household name by the time most of her friends graduate from college.

This blonde beauty has one great voice on her. Similar to Daya, FLETCHER had a debut single "War Paint" make its way onto popular playlists, which helped introduce people to her sound and style. Her latest track, "Live Young Die Free", is just as catchy and inspiring as "War Paint" and deserves some love, too.

This country newbie has been welcomed with open arms by the country community, and deserves hype from us all. Her singles "XO" and "Love Me Like You Mean It" put her on the map and have helped her develop a fanbase that just continues to grow. She'll be country's favorite sweetheart in no time.

I hope that reading this got you excited about all of the women that did it big in the music industry this year. They might be underrated now, but they certainly won't be for long, so get behind them ASAP so that you can brag about them later when they make it big.