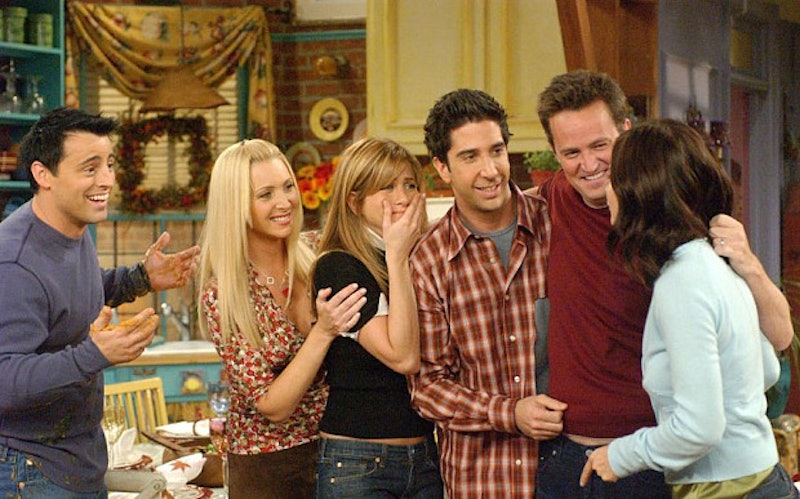 There's no doubt in my mind that the '90s were full of amazing television shows. But, when it comes to sitcoms specifically, the '90s really was an era of nothing but comedy gold. There are so many great '90s sitcoms that we still look upon fondly as if it hasn't been two decades since they last aired. Between all of the shows that revolved around crazy groups of friends, out-of-the-ordinary families, and never-before-seen-on-television social situations, odds are you were able to relate to one of the numerous hilarious shows on television. And that's exactly what made them so amazing in a way that television today may not be able to uniquely accomplish.

But what's our proof of just how successful the sitcoms of the '90s were? Well, some of our '90s favorites being made into spin-offs is just one clue. However, it's just not enough, because you can never really copy the classics. You only learn from them. For example, what would How I Met Your Mother be without Friends? And, like Friends, many of the sitcoms of the '90s brought about industry-wide change in their fields — in much the same way that I Love Lucy managed to invent the sitcom in '50s. So, which shows from the '90s should we remember? Here are some of the most noteworthy comedy series.

From the hit sensation that was the "Smelly Cat" song to make-ups and break-ups we'll never forget, this group of New York City-based friends made us all wish we were part of their squad.

This '90s classic perfectly captured the life of a teenager from Philly getting his life turned upside-down when he moves into his rich family's Bel-Air home. And we all couldn't help but fall in love with Will.

Fran Drescher's laugh could be heard coming from most households' family television sets throughout the '90s. And yet we still can't get enough of it.

Who knew a radio psychologist's life could be so entertaining?

Raymond's crazy family antics, and his parents living right next door, was everyone's hilarious nightmare. Or, for some people, the struggles might have been all too real.

This '90s hit was the story every teenager could relate to — or wished was their own. Cory and Topanga were everything, and now their story continues on Disney Channel's spin-off show: Girl Meets World.

No one made us all wish we were witches more than Sabrina! This teenage witch had magic, but still had to deal with high school's everyday horrors. And she handled it like a pro... Sort of.

Before Tim Allen was The Santa Clause, he was Tim Taylor, the family man and TV host that America just couldn't help but fall in love with.

This '90s hit was basically the Brady Bunch of its day when it comes to families coming together through marriage. And, as expected, craziness ensued.

Because a show about life in the '70s in the '90s was actually a surprisingly amazing idea. Not to mention we also happened to be introduced to the likes of stars such as Ashton Kutcher, Mila Kunis, Laura Prepon, and more.

LGBT characters took the forefront for one of the first times ever on television with this '90s comedy classic. And it's no surprise that Debra Messing is still rocking it today after this hit.

Running an airline is more than just getting to travel all around the world. It comes with it's own hilarities as well, and this '90s show brought just the comedy we were hoping for.

This '90s comedy brought all of the trials and tribulations of being a Detroit talk show host into the homes of America. Martin Lawrence was undeniably hysterical.

Twins separated at birth, and then reunited later on, is just the half of the comedy that this Disney Channel hit show brought to the table. Tia and Tamara were the sisters we all wish we had!.

It's time to get your '90s marathon pants on, and sink into your bed never to be heard from again until you've seen every season of every one of these shows.