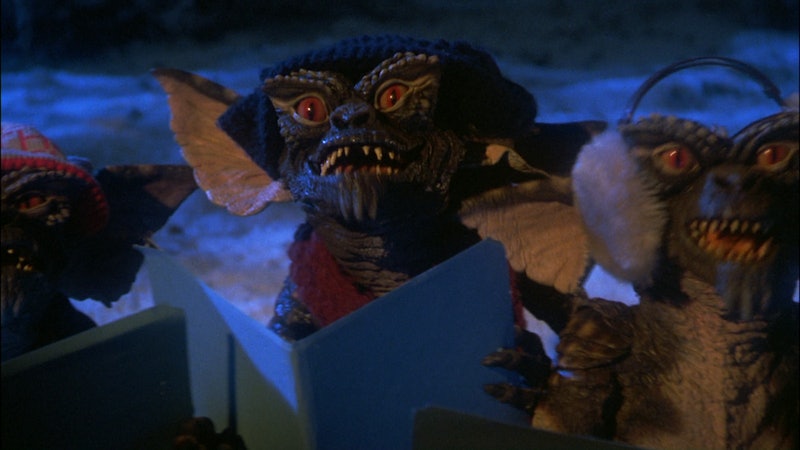 Ah, Christmas. A season for joy. For generosity. For demonic elves, murderous Santa Clauses, and serial killers. Wait, what? Yes, in case you didn't know, there are a surprising number of scary Christmas movies out there, making scaredy cats everywhere thankful that Christmas comes but once a year. And for what seems like it would be a very niche film genre, there is actually an incredibly diverse range of Christmas movies that are scary. There are some "family friendly" Christmas horror films, some that are straight up slasher films, some that delve into supernatural horror, and some that blend elements from horror and comedy into a Christmas movie.

The Christmas horror movie phenomenon is also an international one, with a relatively high number of the films coming out of Europe. This could have to do with Europe's decidedly creepy Christmas traditions that are still practiced today, like the Perchta, a horrifying witch who rips out the guts of poorly-behaved children; Père Fouettard, a child-eating butcher who whips kids at the behest of Saint Nicholas; and of course the demonic child-punisher Krampus, who pops up on this list a couple times.

Christmas horror movies have been around for a while, and they're probably not going anywhere anytime soon. So turn the fire up in your fireplace to keep anyone from coming in through your chimney, because here are 11 of the scariest Christmas movies.

Released just this year, Krampus has solidly earned a spot on this list thanks to its pulling Christmas horror movies out of the low budget shadows and into the mainstream. Plus, Adam Scott.

Although this movie, which also came out this year and features Krampus, definitely had its thunder stolen by Krampus, it's no slouch. It stars William Shatner and features several stories about zombie elves, changelings, and even has a very twisted twist at the end.

There are a number of Christmas serial killer movies (it is a stressful time of year, after all), and this 1984 film, about a deranged man who murders people while dressed as Santa Claus, may be the most successful of them all with four sequels and a remake to its name.

This 1974 film is not only credited with helping invent the Christmas horror genre, but also with helping form the genre of slasher movies altogether, as it predates Halloween by four years. It tells the story of a sorority house whose members are being murdered by a mysterious killer hiding in their attic during Christmas break. The film also inspired a 2006 remake.

As you've probably noticed, Christmas horror movies love a good pun. This 1980 film is no exception, but it takes the cake for its killer's motivation: A boy sees his parents engaging in foreplay while his dad is dressed as Santa Claus, and when he grows up he goes on a killing spree, believing himself to be the real Santa and punishing the naughty.

This critically-acclaimed 2010 Finnish film gives Santa an origin story, making him an ancient evil spirit with a penchant for slaughtering reindeer.

Another European entry, this time from The Netherlands, 2010's Saint is about Sinterklaas turning evil when there's a full moon on Dec. 5 (St. Nicholas' Eve). It's seriously bonkers in the best way.

This 1989 movie is insane, featuring demonic elves and Nazis, and reveals that Hitler's real idea of a master race was an elf/human hybrid. And the only one that can stop the elves/Nazis? A grizzled ex-cop working as a department store Santa. You can't make this stuff up.

"One cold night, science and evil collide." That's the tagline for this 1997 film, where a serial killer who happens to be named Jack Frost is turned into a killer snowman. What are the odds?!

10. One Hell of A Christmas

This out there Danish film from 2002 deals with a magical claw that grants its owner supernatural powers. There's also demons, lots of demons.

Gremlins is one of my favorite movies of all time, but you need to know three things if you ever find yourself in possession of a mogwai: Keep it away from bright lights, don't get it wet, and do not, under any circumstances, feed it after midnight.

There they are, more scary Christmas movies than you would ever want to watch. So the next time you're having a blue Christmas, just be thankful that there aren't any Nazi elves or sexually traumatized Santas after you.