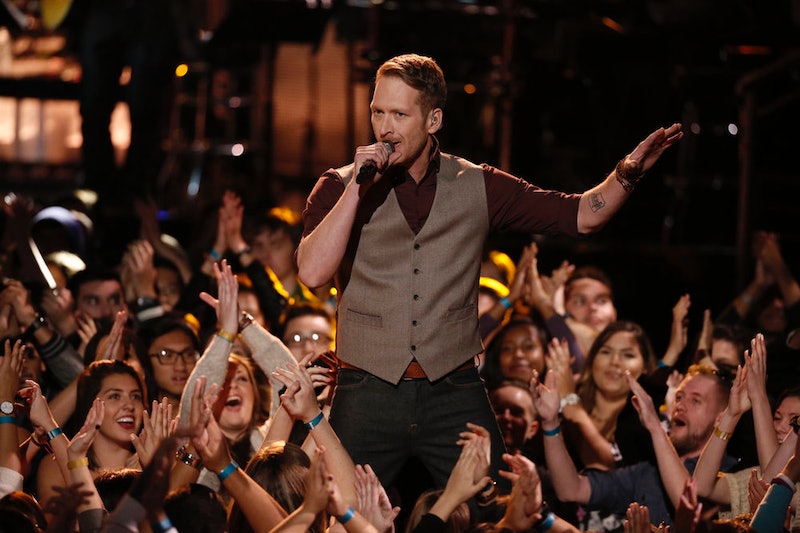 Well, folks, The Voice Season 9 winner has been revealed — it's Jordan Smith! This is great news for him, of course, but very upsetting for fan-favorite Barrett Baber. Not only did he lose, he came in third place overall — losing to both Smith and fellow Team Blake member Emily Ann Roberts. So why did this happen? Unfortunately, because there was just so much talent this season, it was anyone's game. At the end, it came down to whoever completely nailed their Finale performances and made the best, most long-lasting impression. Sadly, Baber missed the mark. Keep your heads up, though, Baber fans — just because he didn't win doesn't mean his career is over. There's no doubt this won't be the last we see of him.

Though Baber had a strong following and the votes of the country fans on his side, it just wasn't enough to beat out Smith. Let's be honest, it was basically determined that Smith would win as soon he took the stage for his Blind Audition. Baber certainly held his own against the new The Voice champion throughout the competition, though. His smooth performances and adorable family easily won over the audience week after week, which is why he made it so far in this game.

It's definitely not over for Baber, though. There's no doubt this guy will be back in the studio as soon as he takes a much needed break to spend time with his family. He has both the talent and determination to make it big in the country music industry. And with a buddy like coach Blake Shelton on his side, it's more likely than not that we'll be seeing Baber again soon.