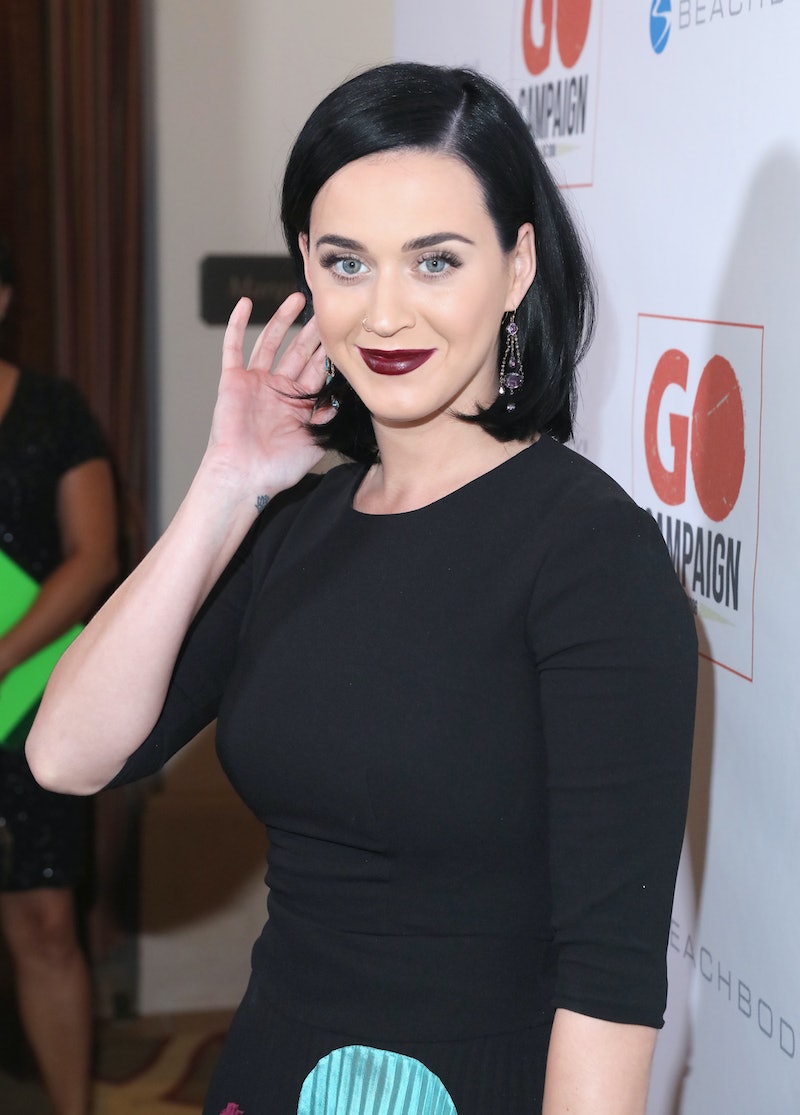 In an interview with People on Wednesday, one pop star dropped a bombshell on the Potterheads among her fans. Katy Perry has never read Harry Potter, she says, nor has she ever seen the movies, because she "was not allowed to" do so as a kid. Say it ain't so, Katy!

For those of you who didn't guess immediately why the Perry-Hudson household was Harry Potter-free, remember: her parents are Christian ministers. Back in the late-'90s and early-'00s — and, I assume, carrying on into today — many conservative Christian parents opposed the Boy Who Lived because of a few anti-witchcraft Bible verses. This outrage was sandwiched between the mid-'90s Disney boycott and the mid-'00s furor over Dan Brown's 2003 novel, The Da Vinci Code.

I grew up with similar hangups about J.K. Rowling's books, not because my parents thought the boy wizard was evil, but because I saw a few very compelling — and also totally false — TV specials that made Harry Potter out to be some kind of cursed something-or-other that would make you more likely to be possessed by demons. Because I was 8-years-old and definitely did not want to be possessed by demons, I carried out an anti-Harry Potter crusade, which ended a decade later, after I decided that no one was really paying attention anymore and I could probably read the books without being considered wishy-washy.

So that's the story of how I didn't read Harry Potter until after Harry Potter and the Deathly Hallows came out.

Perry hasn't read or seen Harry Potter at all, and, although I don't really have that much room to talk, I do know that reading Rowling's series is a wonderful, unforgettable experience at any age. With all due respect to people's beliefs, I feel sad that she couldn't enjoy this series. And while I really want fans to send her with Harry Potter merchandise for Christmas — someone help me Kickstart the Send Owls to Katy Perry project! — I also have to wonder: what else hasn't Katy Perry seen?

Katy continued, saying this about living in the Perry-Hudson household: "Growing up, I wasn't allowed to have any fantastical, enchanting stuff around me."

So does that mean no Disney Princesses? No FernGully?! NO LORD OF THE RINGS?!

I don't want anyone to have to miss out on the amazingness of HP. Consider the Send Owls to Katy Perry project officially online.

More like this
Rupert Grint Just Shared A *Major* Update About Ron Weasley’s Future
By El Hunt
'Mayfair Witches' Already Changed 2 Major Characters From The Books
By Grace Wehniainen
Prince Harry Incorrectly Recites Christina Aguilera’s “Genie In A Bottle” Lyrics
By Jake Viswanath
I Read Prince Harry's 'Spare' So You Don’t Have To: 11 Highlights To Know
By Marina Watts
Get Even More From Bustle — Sign Up For The Newsletter
From hair trends to relationship advice, our daily newsletter has everything you need to sound like a person who’s on TikTok, even if you aren’t.