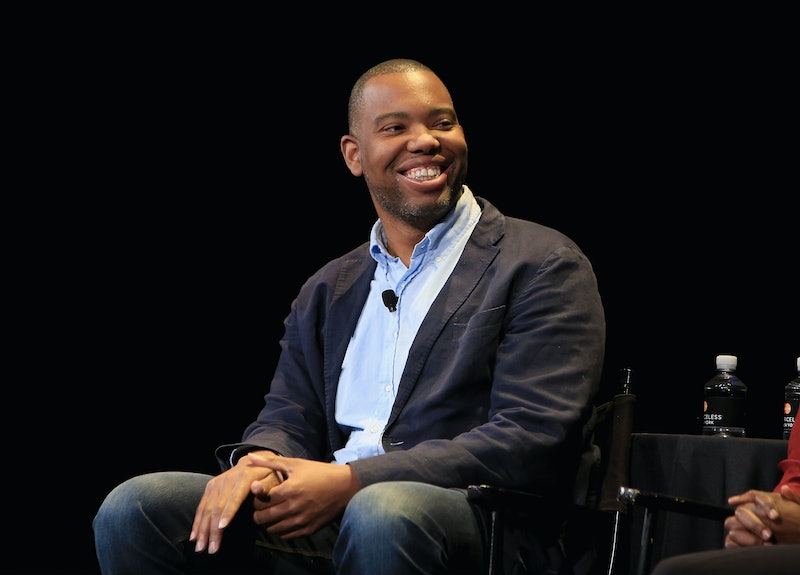 A Twitter Q&A with Ta-Nehisi Coates turned hilarious on Wednesday. The Between the World and Me author and MacArthur Genius answered fans' questions about his upcoming Black Panther reboot. While he was at it, Coates took the time to make a few well-placed jokes about everything from the Kardashian husbands to Wu-Tang.

But one fan in particular wasn't happy with Coates' lightheartedness. Clearly not in on the joke, he voiced his misgivings about the state of Black Panther, and that's when things got even funnier. As usually happens when someone's obtuse, everyone who knows the jokester is, well, joking helped escalate the situation into the upper echelons of tongue-in-cheek humor that verged on satire with their own ridiculous questions.

What makes this truly hilarious is that someone thought Coates, of all people, was supporting an "ahistorical narrative regarding Africa/slavery." This is the guy who wrote "The Case for Reparations," OK? He's a journalism rockstar, one of the biggest and most recognizable speakers on race relations today. No one could reasonably believe that Coates' comments were anything other than jokes — hence, the complete lack of backlash from 99.99 percent of Twitter commenters.

Here are the highlights from the Black Panther Q&A.

1. On Whether Storm Will Be T'Challa's Love Interest

2. On The Presence of LGBTQ+ Individuals in Wakanda

3. On The Need for Wuxia in Wakanda

4. On Whether Wakanda Will Have a Noticeable Muslim Population

5. Good Things Get Better When Coates Notices His Detractor and Responds

8. On Whether a Wakandan Scientist Created White People in a Lab

9. On The Appropriate Music to Pair with One's Black Panther Reading

11. And, Finally, On Crime in Wakanda

More like this
I Read Prince Harry's 'Spare' So You Don’t Have To: 11 Highlights To Know
By Marina Watts
Twitter Is Overjoyed By Angela Bassett’s Record-Making Oscar Nomination
By Maxine Harrison
Rihanna Shares Video Of 'Black Panther 2' Filmmakers' First Reaction To “Lift Me Up”
By Radhika Menon
Prince Harry Incorrectly Recites Christina Aguilera’s “Genie In A Bottle” Lyrics
By Jake Viswanath
Get Even More From Bustle — Sign Up For The Newsletter
From hair trends to relationship advice, our daily newsletter has everything you need to sound like a person who’s on TikTok, even if you aren’t.