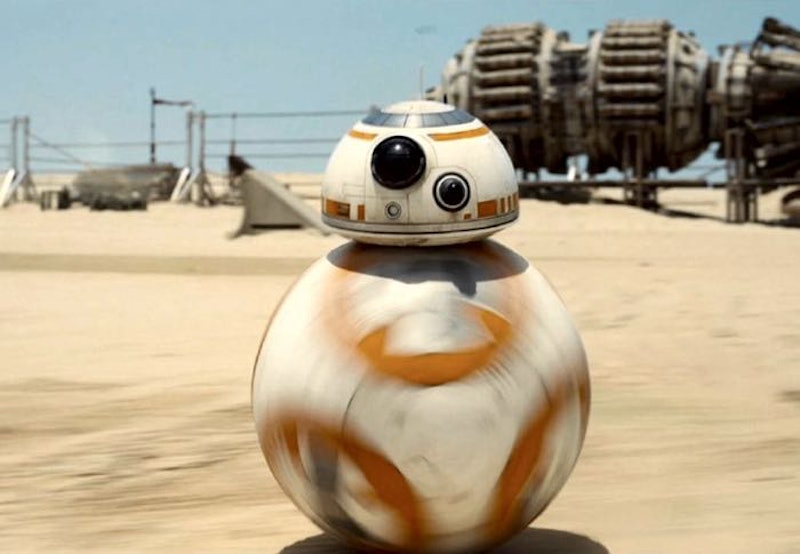 If you're trying to avoid any Star Wars spoilers until the new film comes out, stop reading now, because I have a little secret to reveal. Did you stop reading? Good, because here's what I needed to say: Ben Schwartz voiced BB-8 in The Force Awakens. Well, actually, it's not quite as straightforward as that, because he's actually listed as a "vocal consultant" for the droid character created for this film, alongside Bill Hader, of all people. Pretty insane, right? And for so many reasons. First of all, it's crazy how long they were able to keep this a secret — although I guess not all that surprising, considering how tightly everything's been locked up in advance of the Dec. 18 premiere. Mostly it's just nutty that Schwartz could keep his lips sealed about a secret this big for so long.

And the second part that's crazy kind of ties into that, because Schwartz — who came to fame as Jean-Ralphio on Parks and Recreation —grew up as such a monster Star Wars fan himself. As he captioned the Instagram photo he posted announcing the news:

I was an official BB-8 voice over consultant for #forceawakens. Seeing my name in the credits of a Star Wars film made me smile so wide it almost tore my face. JJ did this franchise so proud. Can't wait for everyone to see!!! #Star Wars

Speaking of smiling wide, that's exactly what's happening to my face right now! Huge congratulations to Ben Schwartz and Bill Hader for their involvement, and I can't wait to see it all pay off with what I'm assuming will be a painfully-adorable and hilarious android. How could it go any other way with comedy heavy-hitters like these involved?