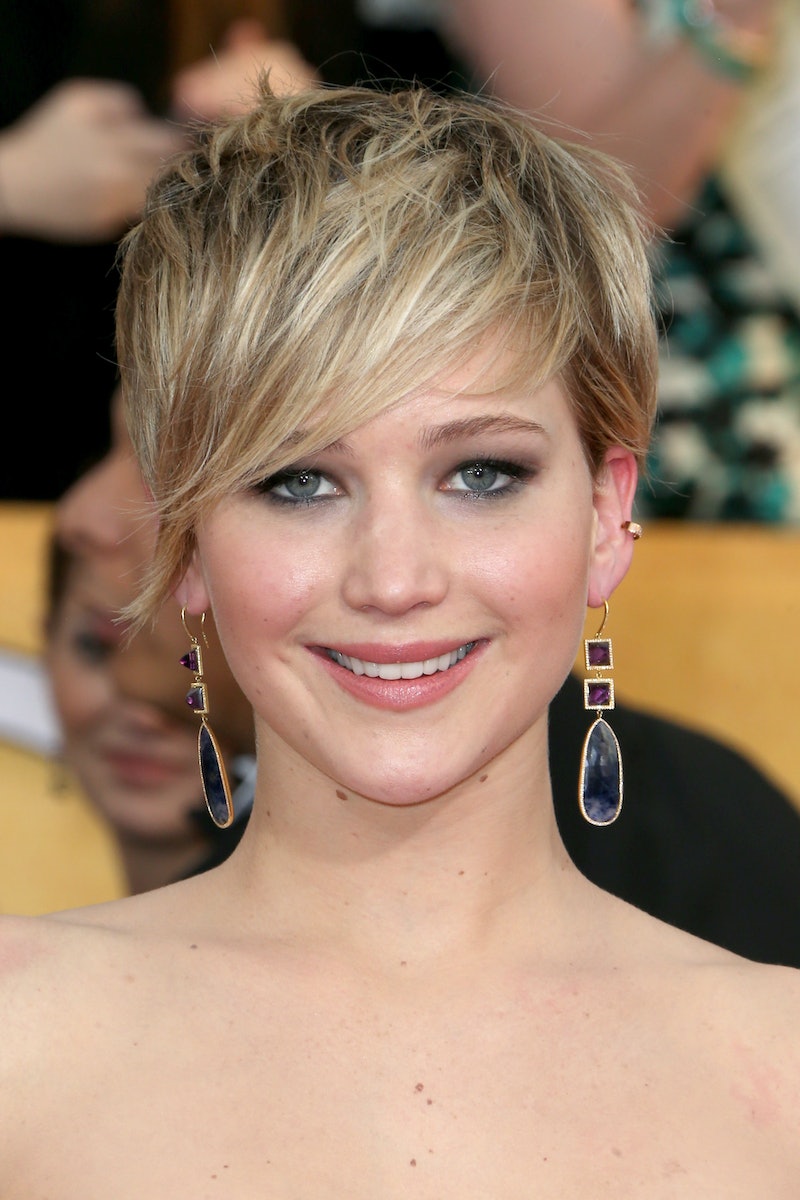 The 2014 Screen Actors Guild Awards haven't even started, and Jennifer Lawrence has already had what has to be the night's most interesting conversation. Just like at the 2014 Golden Globes, Lawrence turned the obligatory boring red carpet chat into something to remember, when she and E! host Giuliana Rancic began talking about... armpit vaginas.

So, for anyone keeping track, Lawrence has had her first funny, relatable moment of the night. Any bets on how many more there will be?

If the actress wins the Outstanding Performance by a Female Actor in a Supporting Role award, her speech alone should contain at least two memorable lines (and let's not forget the actress' tendency to make Twitter explode merely by walking up to the podium). We've already heard Mean Girls references, an almost wardrobe malfunction, that unforgettable fall, and more, so it's safe to say that armpit vagina is only Lawrence's first of many meme-able SAG moments. Watch part of her red carpet interview below:

And check out a full view of Lawrence's gorgeous dress below: