On screen, there's no question about it: Scarlett Johansson is able to do it all. She can go from kicking major butt as Black Widow in The Avengers to playing a nameless alien looking for love and life in Jonathan Glazer's Under The Skin before going off and once again fighting bad guys as a woman who has full control of her consciousness in Lucy. But, there's one thing we haven't seen her do much of: comedy. Why is this, you ask? It's definitely not because Johansson isn't funny — her four times hosting Saturday Night Live have already disproven that — it's just a sad, sad fact of life. But wait, it seems Johansson's comedic skills might finally be on full display next year with the comedy Move That Body , written by Broad City writers Lucia Aniello and Paul W. Downs. According to The Hollywood Reporter, Johansson is in negotiations to star in the movie, which will be a raunchy R-rated comedy about a group of friends who “rent a Miami beach house for a bachelorette weekend and accidentally kill a male stripper.” Yes, Black Widow might be having one really bad wedding weekend that she won't be able to kick her way out of.

This is already very exciting news, but somehow, it actually gets better. This female-driven comedy will be directed by Aniello. Yes, this film about women will be directed by a woman! Oh, and this film's script just happened to land itself on the 2015 Black List, which is a rundown of the "year’s most-liked un-produced screenplays as voted on by film executives." Johansson certainly has good taste when it comes to picking her first out-and-out comedy.

But despite good taste, some people may question why Johansson would want to star in a completely different genre at this stage in her career — and the answer is, really, why wouldn't she? Taking this chance sets her up for far greater things than if she didn't. 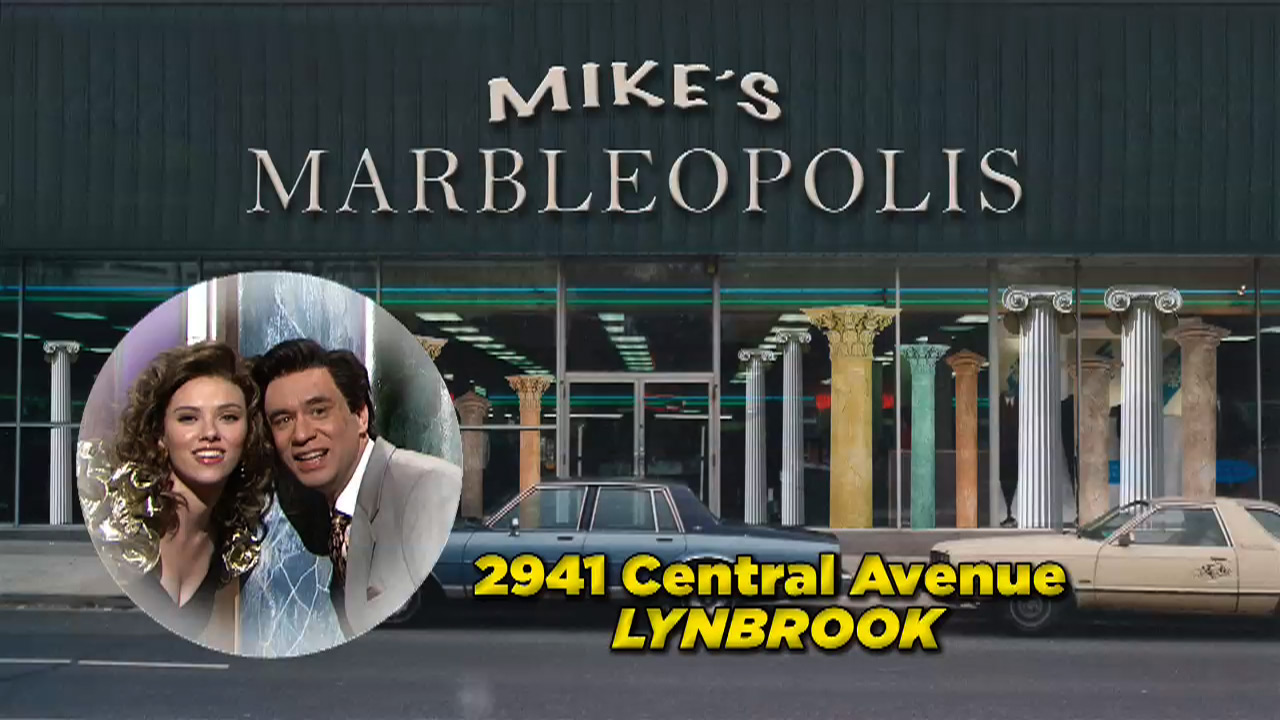 Johansson has done some comedies in her time — her upcoming movie, Hail, Caesar! by the Coen Brothers, is the screwball kind — but it's been mostly of the rom-com or the neurotic persuasion with Woody Allen. These were subtle comedies, unlike Move Your Body which would be much more in your face, something we haven't seen from her. And even though all four of her trips to SNL, (remember when she hawked some classy marble columns with a New Jersey accent?) have been great, if we're playing devil's advocate here, we could say that it's easier to be funny when you're already surrounded by funny people. She won't be left to crash and burn on a show like that where laughter is currency. Starring in a comedy where you're the main draw? Now that's a lot more pressure. Nothing that she couldn't handle though — let's not try and pretend she's not the star in that sketch about the marble columns, OK? —and when she does, she can lay to rest any doubts that comedy isn't one of her many talents.

And even better, she'll probably get to say the F-word a lot while doing it.

She Would Be Supporting Female Comedies

We need more actresses to star in comedies that are aimed towards female audiences. This movie, like Bridesmaids, is taking a very stereotypical female rite of passage, and turning it into something raunchy and unexpected. Even better, it's a film women and men are likely to see thanks to Johansson's mass appeal. Since this is written by two writers from Broad City, one of the most feminist shows on TV, we can rest assured that these capable, hilarious hands will not write any one-dimensional women. These ladies will be flawed, real, and funny as can be. And, if the movie turns people onto Broad City, that's a win-win all around. Let's get a YASSS QUEEN for that.

Which leads me to talk about the bigger picture: Johansson, one of the biggest female stars, playing the lead in a R-rated comedy would definitely up the profile of female comedies, and maybe bring some of that Avengers money its way when it hits theaters. While none of us want to go through another round of "women are really funny now" conversations like we did after Bridesmaids and then again after Trainwreck, maybe Johansson not having started her career as a comedian like Amy Schumer or Kristen Wiig would actually stop people from trying to act like women being funny is a new thing. Hello, look at the 2016 Golden Globe nominees for Best Motion Picture Comedy or Musical! You know, just finally put a nail in that coffin and bury it way, way underground.

She Would Be In A League Of Her Own

She has starred in one of the biggest franchises of all time as one of the first female superheroes put to screen. She's also proven she's a dramatic force to be reckoned with in films that have been praised by critics. If she's able to prove that she can carry a comedy on her name alone, she'd be in a whole different level of stardom — a level that not many woman have been able to hit besides Sandra Bullock and Reese Witherspoon. She would be an acting renaissance woman that would give those $20 million earning male actors a run for their money.

It's these risks that make this the best career move for Johansson. And, I imagine she was already well aware of that when she entered negotiations to sign on to the film. Funny and smart, clearly the whole package.