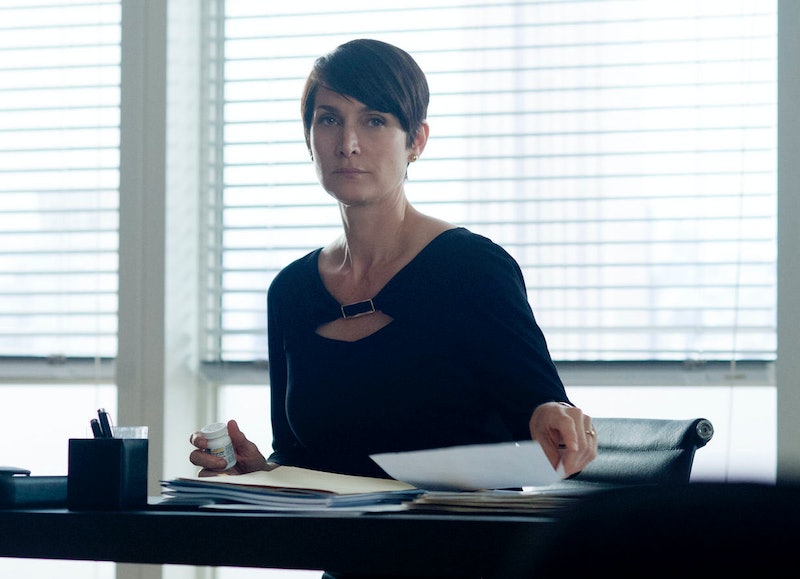 One 2015 trend that I don't think any of us could have predicted was the rise of gender swapping. Books, movies, TV shows, and more have been playing with gender, and, while this news has often been celebrated, what has gender swapping accomplished in 2015 really? There have, of course, been many different instances of gender swapping this year, which have all served different purposes. The majority of these decisions to make a male character a woman, and vice versa, have been made in the name of feminism, and celebrated as a shift toward gender equality. However, I think it is worth looking more critically at why this method of exposing gender differences has emerged.

2015 has also been a year of nostalgia, reunions, and reboots. Gender swapping is one way to revive an old classic and make it fresh. This seems to be the case for the all-female Ghostbusters reboot starring Kristin Wiig, or the Sandra Bullock-starring Ocean's Eleven. Because of this wave of popular nostalgia and popular feminism, the choice to remake classic movies with women can sometimes feel like a safe money-making choice rather than groundbreaking feminism. I think the choice is feminist, because women have been closed out of these popular films in the past and we are living in a world where such a thing is becoming unacceptable enough to prompt these all-female remakes. However, for me, that feels like a band-aid on an old wound. I'd rather see Hollywood make an all new heist movie starring women, as that could suggest that women are striking out on their own path, rather than walking in the shoes of the men that came before.

As Alyssa Rosenberg writes in The Washington Post, gender swapping could be a temporary step toward countering the dominance of men in lead roles, but it shouldn't be the end goal because "using that kind of role reversal as anything other than a temporary tactic in the fight for gender equity in Hollywood... risks ceding the idea that there’s anything distinct about female characters and women’s perspectives." Instead, the end goal should be an equal number of films made by women, starring women, and consumed by everyone.

There is also a risk, in swapping genders, of oversimplification. This seemed to be what Stephanie Meyer fell prey to while creating a gender-swapped Twilight, one of the most famous, and much mocked, gender swapping events this year. In order to counteract the damsel in distress narrative many critiqued in the original, Meyer rewrote her novel for its anniversary by making almost every character a different gender. Though she exposed some important feminist injustices — including many in her original — the final product was criticized by many. While praising Meyers' intentions, Mashable writer Aliza Weinberger wrote:

Making a heroine into a hero doesn't change the story's broad strokes. It does, however, prove that there's merit to what those critics have said about the original Twilight. Like Bella, Beau is still a weak human surrounded by mighty inhumans. But he's also much stronger and more assertive than Bella was.

Instead of creating a book that was not very different from the original in order to prove that neither were truly sexist, why not write an explicitly feminist story about vampires instead? Why not write a romance where the creepy deadly stalker is not depicted as sexy and desirable? Instead, Meyer exemplified the dangers of gender swapping by creating a false equivalence between female names and female stories.

It's not that I'm not exited for these gender swaps — Bullock's remake is better than making yet another Ocean's Eleven with all men — and it's not that I don't think that gender swapping can ever be a wholly feminist act. Netflix's recent Jessica Jones changed the comic's male character Jeryn Hogarth, into Jeri Hogarth, a lesbian woman. Executive producer Melissa Rosenberg told USA Today that the role, in which Hogarth cheats with a younger woman, would seem too cliché if it were a man. The resulting character is a cold, career-oriented woman who uses people but is conflicted by her own choices. While the b*tchy female boss is a stereotype too often found in media, that stereotypical character is rarely given the complexity and depth afforded to Hogarth on Jessica Jones; she seems more like the kind of antihero found on Mad Men or Breaking Bad. The choice to swap genders opened up the room for a character rarely seen on TV, and it was a choice made with originality and modernity, rather than novelty, in mind.

The announcement of gender swapped upcoming movies is exiting, but hopefully the switch will tell a new kind of story, rather than play up gender difference for laughs. Additionally, I think that in 2016, more media creators should challenge themselves to make new kinds of stories that portray gender in fresh and original ways, ones with an appeal that comes, not just from nostalgia, but also from telling the original stories of those who have so often been excluded from the mainstream media.

More like this
Sandra Bullock, Girlboss Extraordinaire
By Matt Harkins & Viviana Olen
Elizabeth Olsen Is Better Off Without Us
By Chloe Foussianes
Jake Daniels Just Became The UK’s First Active Football Player To Come Out As Gay Since 1990
By Sam Ramsden
Simply Sayo Doesn’t Consider Kpoetry Hard Work
By Jessica Morgan
Get Even More From Bustle — Sign Up For The Newsletter