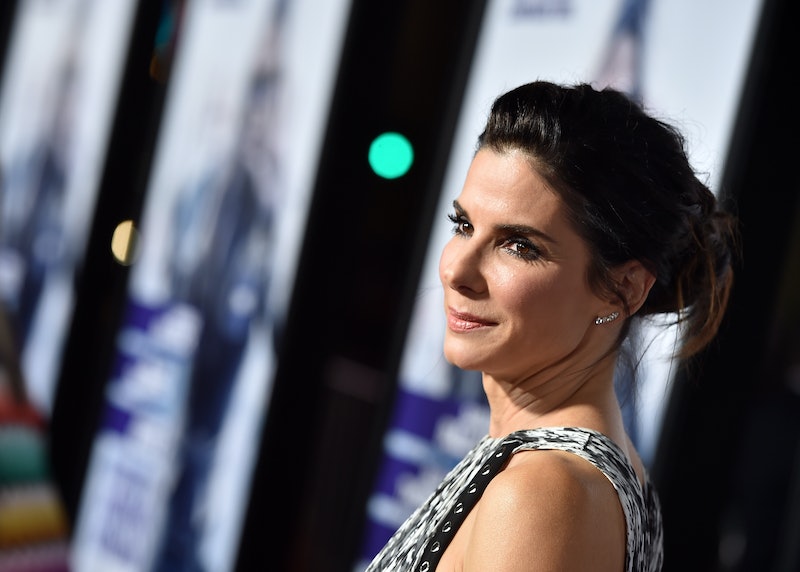 Earlier this year, as you may recall, it was announced that Bridesmaids director Paul Feig was taking on a Kristen Wiig-led, all-female remake of Ghostbusters. Unsurprisingly, the reactions were incredibly varied. Many fans of the original found amazing potential in the idea and began to amass their dream casts, until the official group of Melissa McCarthy, Kate McKinnon, and Leslie Jones (plus Wiig) was announced. But there was also a bit of misogynistic recoil, with fanboys claiming that their childhoods were being ruined, so much so that Wiig was reportedly "bummed out" by the backlash. Seemingly in response, an all-male Ghostbusters reboot was announced, though thankfully that project appears to be going nowhere.

Despite the criticism, Feig's Ghostbusters is one of the most anticipated upcoming films, and it has sparked a deep interest in gender swapping popular films of old. There's been a call for Anna Kendrick to take on Indiana Jones, an all-female Goodfellas , and more and more wish lists calling for all-female reboots of previously all-male movies. The most recent announcement that Sandra Bullock will be leading an all-female remake of Ocean's Eleven comes as no surprise, and my first reaction to the news that Bullock would be remaking the 2001 hit heist film starring George Clooney, Brad Pitt and more was something along the lines of, "Awww heck, that'll be sleek and cool." But after thinking about it for a few minutes, I got a little worried that the all-female-cast-replacing-all-male-cast thing was getting a bit too familiar. Hollywood obviously has a problem in that women are underrepresented on-screen and behind the camera. But is gender swapping really the answer?

Personally, I don't think so. It's not yet a gimmick, but three makes a trend, and I worry that after Ghostbusters and Ocean's Eleven, the perceived solution to the lack of women on screen will be simply to reboot an old movie with a female cast. Not only will that not solve the current problem, but it would also add to the issue of Hollywood's lack of originality. I worry that female-led reboots might come as a satisfactory replacement for otherwise original female-led films, but audiences shouldn't settle for that.

It's easy to understand why these gender swapped films are garnering such excitement. For Ocean's Eleven, for instance, Bullock is a great choice; she's no stranger to feminist movies, as her role in the political dramedy Our Brand is Crisis was originally written for a man (George Clooney, at that). It's natural that the actress would want to take this a step further and re-create a hit like Ocean's with an all-female cast. And it would be cool. The dream casts that have been popping up online have been filled with brilliant suggestions for actresses ready to embrace their comic abilities, and Bullock, in the lead, would bring to the part of Ocean the powerful coolness that won her an Oscar for The Blind Side. Similarly, an all-female Ghostbusters sounds truly fun, and is utilizing some of the best modern female comics.

But it's not going to solve the problem. Earlier this year The Center for the Study of Women in Television and Film released its report on Hollywood gender equality in 2014, titled "It's a Man's (Celluloid) World," and the news was frustrating. In 2014, only 12% of "all clearly identifiable protagonists" were female. (75% of protagonists were male, and 13% were male/female ensembles.) Additionally, females comprised just 29% of major characters (aka those who appear in more than one scene and are instrumental to the action of the story), and only 30% of all speaking characters. It doesn't end there (check out the rest of the study for more eye-opening stats including things like marital status, job holding, and the goals of male versus female characters), but even just those numbers are seriously disturbing.

What Hollywood needs to do is make original films that star more women, tell stories about women, are written by women, are directed by women, and are made by women. Taking an old, beloved film that has an all-male cast and gender swapping it doesn't solve the problem of the dearth of original, female-led films. In fact, it might cause more division, especially among children. When you give your kid the option of watching the "boy Ghostbusters" or the "girl Ghostbusters," how many little boys and girls are going to choose the film that they are more attracted to because it represents their gender? Ocean's is obviously geared toward adults, but I can't help but wonder if continuing this trend could mean a long line of female-led remakes that would be deemed inferior, or simply ignored, for not being the original. After all, how often has a reboot been considered better than the original when it comes to Hollywood remakes?

I have faith that Ghostbusters and Ocean's Eleven will be successful, but if it were up to me, this trend would quit now, and the focus would go to putting more female-led original stories out into the world, instead.