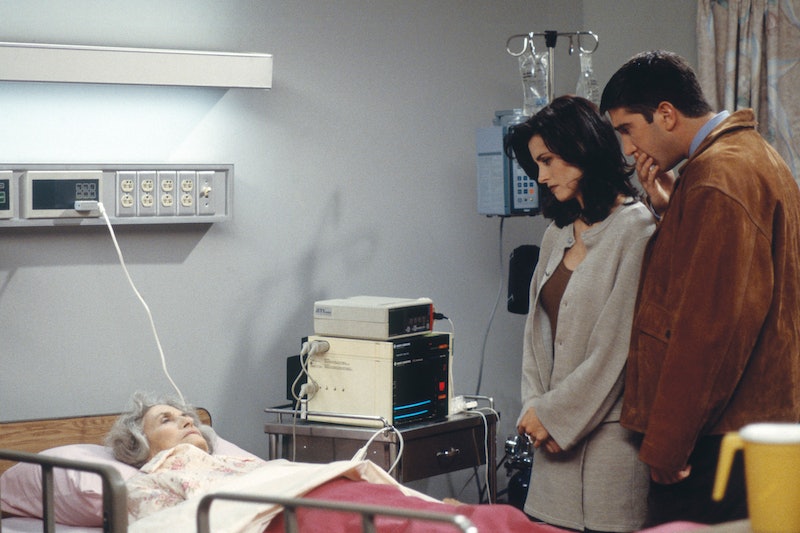 There were a lot of new things to learn in the ‘90s. From how to perfect the angle of your slap bracelet to how many times around made for the perfect scrunchie poof, the decade was really like one long learning curve for those of us who grew up within it. But, in between perfecting our doodles and finding the drug store with the largest selection of Lisa Frank products, there were also a number of important life lessons that we needed to learn in order to grow up: And, go figure, '90s television taught us a lot of important life lessons.

Unsurprisingly, the ‘90s were chock full of amazing shows and sitcoms that entertained us for hours on end — and those shows taught us so much about working through some of the most trying times of our lives. Really it was these shows that helped us grow up in a major way, in large part due to the fact that a lot of them tackled serious issues that viewers faced in their day-to-day lives as well. Issues like love, loss, body image, and drugs. Through watching scenes like these, we all learned so much. Sure, these sobering moments turned these otherwise light shows kinda dark, but these episodes taught us huge lessons about ourselves and the world around us.

Here are just a few scenes from '90s shows that helped us all grow up, and taught us some important, powerful lessons:

1. When Will’s Father Left (The Fresh Prince Of Bel Air)

And we learned for the first time that even the people we relied on the most — our parents — were flawed and could let us down big time. And then we cried for hours. Thanks, Fresh Prince of Bel-Air.

And then didn’t get to graduate. This episode of Beverly Hills 90210 taught us that there are serious consequences to your actions, even if those actions seem like they would be really fun at the time.

4. When Will Got Shot (Fresh Prince Of Bel Air)

And taught us all about what it is to protect the ones you love (after all, Will took the bullet for Carlton). Then, on the same episode of Fresh Prince of Bel-Air, when Carlton wanted to buy a gun to protect himself, Will taught us all why gun safety is such an important issue.

Oh. My. God. I don’t even think I can talk about the finale of Roseanne without choking up, but do you remember how, in the last episode, Roseanne delivers a monologue about how the last season never really happened, that it was all fodder for a book she was writing, and that Dan was really… DEAD?! Man, did this episode teach us the sobering fact that life isn’t all lottery winnings and happy endings.

When Randy had that thyroid cancer scare on Home Improvement, I’m pretty sure every teen girl in America set up a nightly vigil in her room to pray to the teeny bopper gods that Jonathan Taylor Thomas' character would be OK. It taught some important things about life and death, but also about the fact that even pretty boys can cry.

7. When Carl Lets Steve Live With Them (Family Matters)

Even though the kid drives him crazy on Family Matters, Carl cares for Steve, and, in that moment, we all learned a thing or two about caring for people when they need us most. Even if they drive us crazy.

Even if he was a father who never really was there for his kids, it was horrifying to watch Shawn’s father die right before his eyes. It taught us all a thing or two about appreciating the people in our lives, even if they have disappointed us.

Should I have warned you to get the tissues ahead of time?

More like this
David Schwimmer Doesn't Remember This Classic 'Friends' Episode
By Sam Ramsden
'Derry Girls' Sister Michael Isn’t As Fictional As You Might Think
By Olivia-Anne Cleary
Kim Cattrall Spilled All The Tea About Not Being In The 'Sex And The City' Reboot
By Radhika Menon
5 Mini Skirt Outfits To Wear, Inspired By These Brave Souls
By Avery Matera
Get Even More From Bustle — Sign Up For The Newsletter