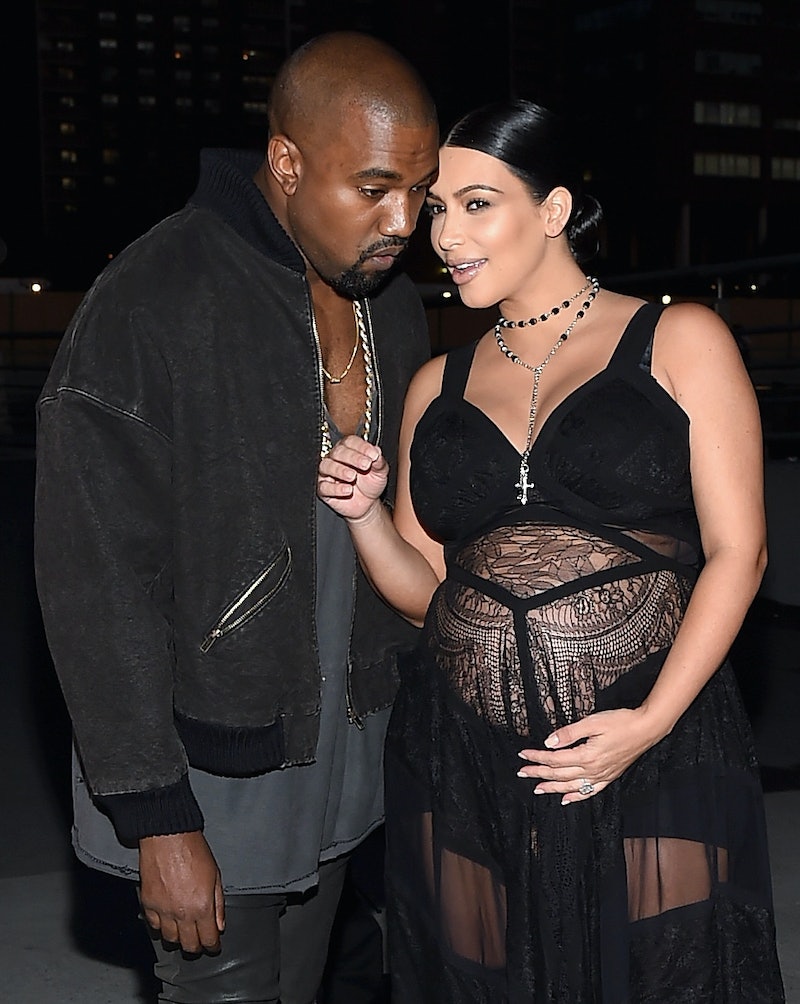 In celebration of the release of Star Wars: Episode VII — The Force Awakens, Kim Kardashian celebrated in a really fitting way: On social media. In a post on her blog, Kardashian released a series of Star Wars throwback photos with her and Kanye West, depicting the now married couple dressed as a Stormtrooper and Princess Leia, along with a...puppet? (The occasion was, apparently, West's cancelled puppetry show Alligator Boots , if you're wondering. I was.) In addition to being random, though, it's also a cute reminder that the pair were friends long before they started dating back in 2012.

While the duo originally met in 2003, Kardashian noted on her blog that it was while filming this show that the two really bonded:

In honor of Star Wars: The Force Awakens being released today, I wanted to share these old pics of Kanye and me from years ago! We worked together on a pilot for a show called Alligator Boots back in 2008 and I played Princess Leia. We had met before this project (back in 2003), but I would say this is when we first really connected. These pics are SO funny!

They certainly are, though there are also lots of earlier images and artifacts of Kardashian and West before they were official that are pretty hilarious. Here are some other great throwbacks of the duo before they were Kimye.

This is one of the earliest pictures of the two looking innocent and happy together, and it's from all the way back in 2007.

Spending Time With Kourtney In 2008

In 2014, Kourtney posted this flashback photo of the three at a holiday event in 2008. The two Kardashian sisters are dressed very shiny. Very '08.

Kardashian posted these throwback pics of the two hanging out at a club in 2008. They are babies!

Kardashian didn't provide a date for this Flashback Friday post, but both stars look significantly younger.

Front and center at the Y-3 show! West looks strangely OK with the fact that he's hanging out with Kardashian's then-BF, Reggie Bush.

When Kanye Appeared On Kourtney And Kim Take New York

A 2011 episode of the spinoff series featured an appearance from Kardashian's "pal Kanye West." It's pretty awkward, but also adorable.

When They Starred In A Music Video

Do you remember when Kardashian recorded a song? Well, you should definitely look it up. Apparently, she and West filmed a music video for it, but it was never released. While they weren't dating at the time, things clearly got kind of steamy on set.

At A Lakers Game Right Before They Started Dating

Kim posted this adorable #TBT recently, and People times it at around a month before they started dating.

So now we've come full circle, and the married couple now has a second child. You know what they say: the couple that bonds over Star Wars stays together!