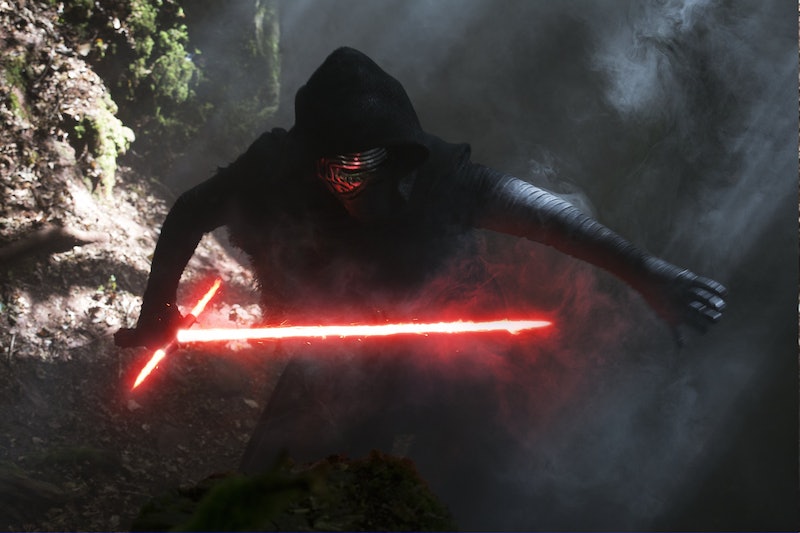 I have been left with a lot of questions since seeing Star Wars: The Force Awakens this past weekend. Most of my lingering inquiries directly deal with the parentage of a certain Jakku scavenger, or why Luke Skywalker is hanging out on island all by himself like a weirdo. While these questions are without clear-cut answers (at least for now), I think I might now know the answer to one issue I struggled with as I left the theater (spoiler ahead!): how Kylo Ren escaped the Starkiller Base.

The last images the audiences sees of Kylo Ren is of him defeated, badly wounded, and sporting a new facial scar courtesy of (his maybe cousin, maybe sister) Rey. As the planet begins to explode, a fault opens and the pair find themselves on opposite sides of a ravine. Rey then runs to pick up an unconscious Finn and escapes the Starkiller base with Chewbacca in the Millennium Falcon. The film shows the Millennium Falcon hitting warp speed right as the planet explodes. This left me wondering, what happened to Kylo Ren?

The answer, I think, is actually pretty simple. In the final moments before the Starkiller Base, aka the mega Deathstar, explodes, Supreme Leader Snoke, in all of his hologram glory, instructs General Hux (played by Domhnall Gleeson) to evacuate the planet with Kylo Ren. While their escape is not explicitly shown, it is safe to assume that Kylo and Hux managed to evacuate the planet using one of the First Order's fancy spaceships, and live to fight another day against the Rebel Alliance.

On first viewing, though, I did not catch this scene at all. I think I was overwhelmed by the whole Rey-is-a-total-badass-who-can-control-the-force thing that had just occurred on screen. You go, girl. But personally, I am glad it appears Kylo Ren survives the Starkiller base explosion. He's an amazing character. He's so complex, and Adam Driver is absolutely killing it in the role. Some feared that Kylo Ren would get the Darth Maul treatment as a one-and-done kind of a bad guy, but thankfully, like many things, these new Star Wars films seem to be making the right choices at every turn.

So until we meet again, Kylo Ren — stay feisty.