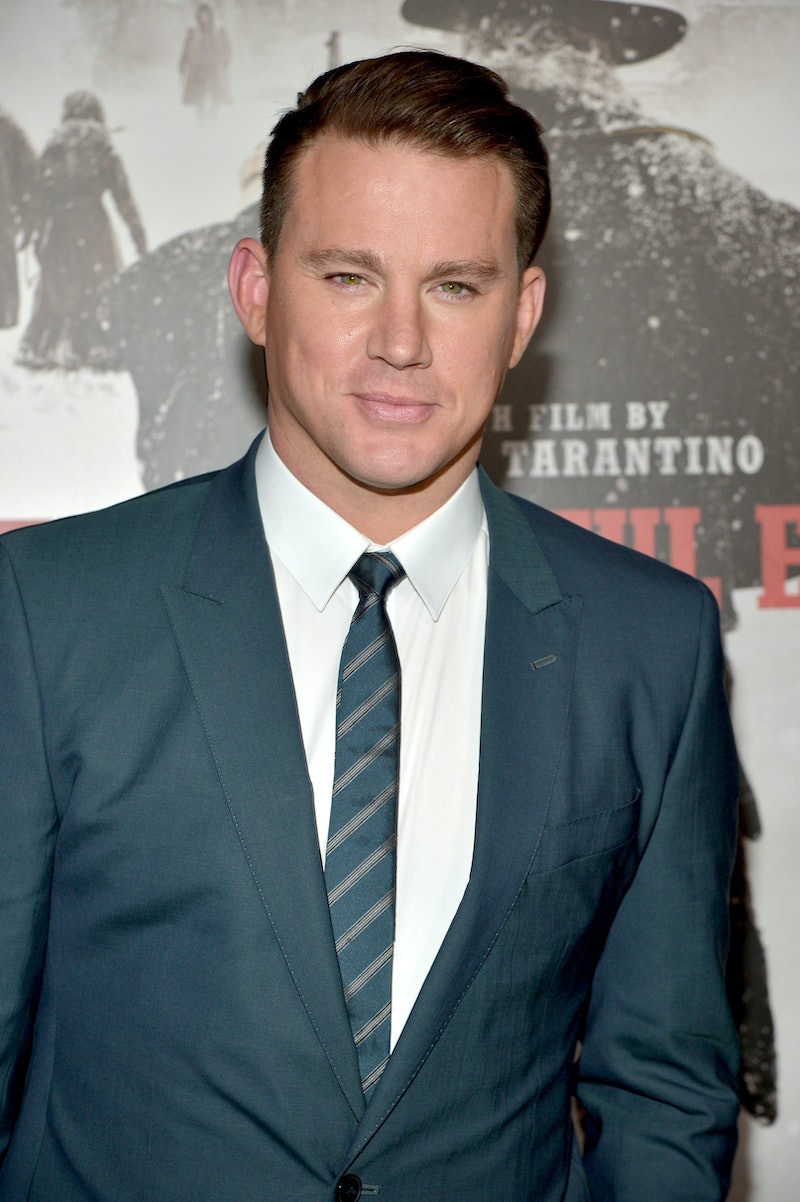 I'm a big fan of Channing Tatum for many reasons: he's a great actor, he's funny, he's handsome, and he's a big fan of sending e-mails. In a modern world filled with Snapchat, texting, sexting, and tweeting, I think the actor could make the e-mail a cool form of communication again. For instance, Tatum got his role in Quentin Tarantino's The Hateful Eight by e-mailing Tarantino for a month, according to an interview the actor did on The Tonight Show Starring Jimmy Fallon. Tatum wanted the role badly, and he made sure that the director knew it. "I basically sent about an email a day for about a month just threatening any other actors that might be up for the role," Tatum told host Fallon recently. "I was just praying that no one really tough was up for the role."

I can't help but wonder what these e-mails said in order to win Tatum this coveted, secretive part (details of his role are being kept under wraps), because even before this, the star has been well-known for his spectacular use of e-mail. In April, Tatum lost his backpack in a New York City taxi on 42nd Street (of all places) and tweeted an e-mail address (findmybag@channingtatum­unwrapped.com, for the curious) to his followers for them to e-mail him if anyone found it — and someone actually did. It was a Channing Tatum E-mail Miracle!

Last year during the Sony hack, a very important e-mail to former Sony chair Amy Pascal was uncovered: Tatum's all-caps, all-HAHAHA, and all-exclamation point celebration of 22 Jump Street's box office success. The text of it is so glorious and so amazing that I must let it stand on its own, one more time:

The HAHAHAs go on for much longer, because that's just how good Tatum is at e-mail. Naturally, that has me wondering: Who else was up for the Hateful Eight role and how did Tatum take down those "beeeotches"? How many exclamation marks did Tatum send Tarantino in total? How many pages of "HAHAHAHAs" were there? Was there a secret, hypnotic message in the "HAHAHHAAs," like "Please hire me"? I bet some of the e-mails were some of those old school forward chains with sayings like "If you don't forward this to 200 people, your crush will never love you and The Hateful Eight will fail." And most of all: I really hope those e-mails came from PlzCastMeInH8ful8@channingtatum­unwrapped.com.

No matter what, I'm so glad it all seemed to work out for Tatum — he got cast in The Hateful Eight and he proved that e-mail is still a useful form of communication. Check out the interview below.