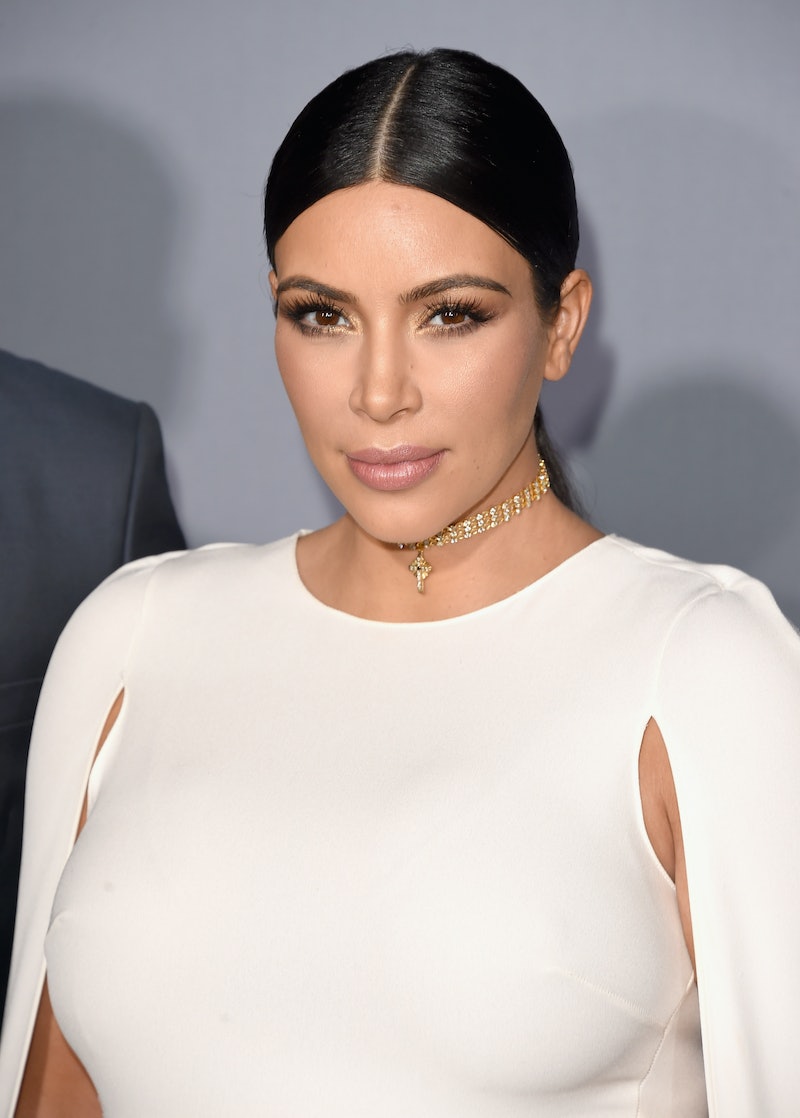 It's official: Kim Kardashian has to be one of the busiest people on the planet. Seriously, I don't know where she finds the time to do everything. In 2015 alone, Kim had dozens of accomplishments. From launching a new website to creating another app to releasing a book, she really did it all. Not to mention she gave birth to her new son, Saint West. And guess what? The reality star has more tricks up her sleeve. On Monday, Kim is launching the Kimoji app — an entire series of emojis all about herself. From crying face Kim to a butt selfie, there's a Kimoji for every occasion. She's about to #BreakTheInternet all over again.

While part of me wonders if the Kimoji launch is an elaborate way to distract everybody from the fact that the Kardashian Christmas card still hasn't been released, I'm excited nevertheless. This will change my texting game entirely. I'll no longer have to use gifs to sum up how I feel — I can just use a handy-dandy Kimoji. There's a middle finger, set of lips, and even a contoured face. She really thought of everything.

Here's a preview of what fans can expect to find on the app:

I'm hoping those are just a few examples all the options that will be available. In case she's open to suggestions, here's a round-up of all of the other Kimojis I would love to see.

I definitely need an emoji of that moment of shock when the elephant interrupted Kim's selfie on Keeping Up With The Kardashians.

There better be an emoji of North in her Balmain tutu. How else will I express when I'm feeling especially sassy and classy?

This emoji would be Kanye's future campaign logo. It's perfect for when you're watching the next GOP debate and need to think happier thoughts.

Kim does not mess around when it comes to dessert cravings. On Keeping Up With The Kardashians, she flew all the way to France to satisfy her sweet tooth. This emoji would be a French flag with a piece of cake in front of it.

5. "I Was Feeling My Look" Speech Bubble

Because sometimes you want to crop your friends out of photos and should feel no shame in doing so.

6. An Extended Arm Taking A Selfie

Considering she wrote an entire book about selfies, there's no better idea for a Kimoji.

Maybe Kim will finally show us what Saint looks like. Sure, she announced his birth in emoji, but that wasn't enough. I need to see what he actually looks like.

This little emoji would be Kanye and Kim on his motorcycle from that memorable music video.

This should be a mini TV screen with the Keeping Up With The Kardashian logo in the middle. That way next time someone asks me if I want to hang out, I can simply send that emoji to show I have other very important plans.

Even if these suggestions don't make the cut, I cannot wait for the new Kimoji app! I could cry (happy tears) just thinking about it.