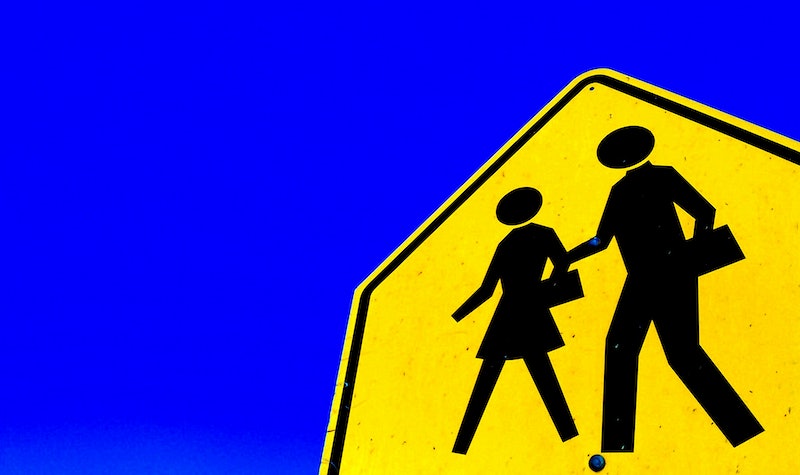 Benevolent sexism is not like the stereotypical, hostile sexism we usually hear about. Rather than insulting women, benevolent sexists compliment women based on stereotypes. Some other examples of benevolent sexism include practicing chivalry and holding women to higher standards than men. If you don't see how these behaviors could be harmful, read on to learn about some of the insidious beliefs they stem from.

Benevolent sexism can also be racist. As sociologist Lisa Wade points out, white men often practice benevolent sexism to protect white women from black men. For example, Dylann Roof, the suspect of a shooting at a predominantly black church, allegedly said, "I have to do it. You rape our women and you’re taking over our country."

So, what exactly are the beliefs that are contributing to all these problems? Here are a few that will probably sound familiar to you.

In an article for Fortune, leadership expert Liz Wiseman explains that the "Mama Bear" persona some women politicians have latched onto not only promotes gender stereotypes but also can lead to ineffective leadership:

Many women of my generation have contorted themselves to fit into a male-dominated world, choosing between ill-fitting models of leadership. Some adopted the “man-up” model. Dressed in power suits, they acted tougher than nails, showed no fear, and attempted to out-men the men. Others fell into the “mama bear” archetype in which they nurtured, protected, and rescued people and projects in danger. In my own research, I’ve found that leaders who operate from these leadership caricatures can have massively diminishing effects. For example, “manning up” can hold back team members and stop them from taking risks, while filling the “mama bear” role tends to prevent staff from taking accountability and learning from hardship.

Any stereotype in the workplace or politics, Wiseman points out, can be flipped to women's disadvantage. If women tell their coworkers that women get things done while men are all talk, for example, they may be more likely to put men in public roles involving oration while women get stuck with administrative tasks.

The Dalai Lama has been praised for saying that there should be more women leaders because women are more compassionate. However, such statements only express conditional support for gender equality. How would the Dalai Lama feel about a woman leader who does not fit that stereotype?

Viewing women as more compassionate and gentle and men as more aggressive can penalize women who are assertive, leading people to deem them "bossy" or "too harsh." Expectations for women to have a more soft-spoken, accommodating leadership style can lead people to criticize women who don't adopt it. Jessica Grose writes at Elle that this expectation has a lot to do with the media's accusations that Hillary Clinton is cold and calculating.

I've heard people, even women, say it's understandable that women's bodies are used to sell things and that there are more female nudes than male nudes in art museums because women are just more aesthetically pleasing. This is a circular argument: We've been trained to think this, regardless of our gender or sexuality, because images of women are so eroticized. By the way, they weren't always; when ancient Greek artists popularized nude art, they usually depicted men.

This belief that women are just more pleasant to look at justifies a status quo in which women are objectified and defined by their beauty, erases desires that differ from those belonging to heterosexual men, and usually only refers to women who are conventionally attractive. When people say "women's bodies are beautiful," they're usually talking about cis, slender, curvy, able-bodied women.

We need to expand our definition of beauty, and that means including women who do not fit that mold and including people who are not women. We are entitled to our preferences, but it is harmful to universalize them as objective truths and not acknowledge the problematic sources (like objectification) that they often stem from.

This belief system, sometimes endorsed by "difference feminists", posits that women have a special connection to the Earth or the moon that gives us a sixth sense. Or, it simply states that we are more intuitive because, neurologically, we have a higher emotional intelligence.

Wherever it comes from, the claim that women are more intuitive puts us on pedestals and promotes the belief that we are less likely to rely on rational thought. We are deemed better suited for professions like teaching and counseling that supposedly require more intuition than those like science and engineering that supposedly require more logic (though these professions actually all require both). We're also expected to do disproportionate amounts of emotional labor, mediating conflicts and initiating conversations evaluating our relationships with men, due to the belief that we are more emotionally intelligent and intuitive.

I feel ashamed to let others see my apartment in a state that many men's apartments have been in when they've unabashedly invited me in. This is because women are supposed to be neat and clean and generally good around the household, while men are supposedly slobs and should be forgiven for it because boys will be boys. This belief system is dangerous because it leaves women stuck with chores while men use their own supposed incompetence to buck them. The same idea also applies to our appearances, with women feeling pressure to constantly look put together where men's sloppiness is not preferable but still excused.

"I love women because every woman is a mother," an ex-boyfriend once told me. "If I were a woman, I'd be lesbian, too — I love women!" a guy told my friend in a feeble attempt at allyship in a lesbian bar. When men say they love women, they're often looking for a gold star — but they're not getting one from those of us who understand benevolent sexism. If you love any group of people more than or in a different way from other groups, that affinity may very well stem from the stereotypes above. After all, implying you love women more implies that they are different, which others them and excludes those who act more "like men."

Let's go there: Benevolent sexism hurts men too. When we say that women are more nurturing, compassionate, beautiful, and intuitive, we distance men from their capacity for gentleness, compassion, beauty, and intuition. We also contribute to stereotypes that men are bad at household tasks, communicating, and other "feminine" things. If men admire women's qualities so much, they should strive to cultivate those qualities themselves rather than exoticize women for supposedly possessing them — and men who do cultivate them shouldn't be penalized for it.