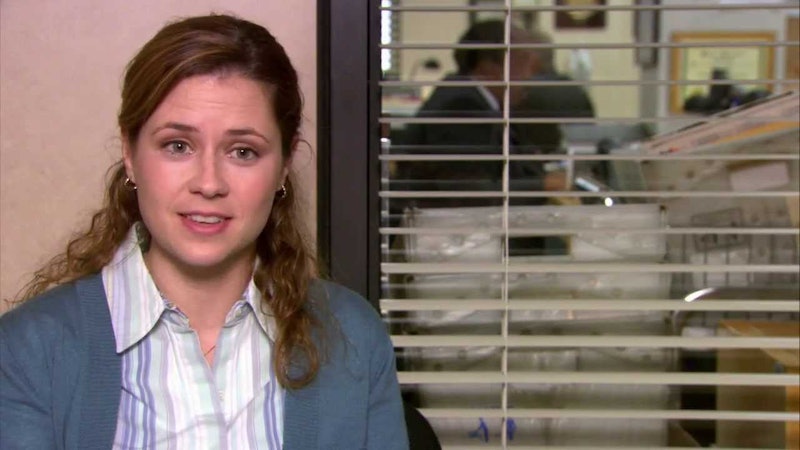 Over the last 20 years, television has seen a lot of female characters, some more memorable than others thanks to good, clever writing. But how much have these women really changed over time? Sure, 2015 is the most diverse in TV ever, but it's not hard to see that female characters of this year bear a striking resemblance to those that came before them. Comparing female characters in 2015 to 1995 and 2005, you'll see that there are some characteristics that still ring true for some of the most celebrated female characters that made their debut this year. While, in 1995, we were gifted the warrior princess Xena, this year we got Supergirl, a female superhero that isn't perfect, but is as strong as any of her male counterparts. Back in 2005, we earned many memorable girl-next door types like The Office's Pam Beesly and How I Met You Mother's Robin Scherbatsky, who made mistakes in their journey to find themselves. Now in 2015, we still have those kinds of women, but they're a bit more imperfect, and a whole lot more feminist.

The characters haven't changed too much, but their circumstances have, making them seem much more modern. Looking back at the female characters that made their mark in 1995 and 2005, it's clear there was a need for strong women on TV because there weren't enough women on TV in general. But, in 2014, the Huffington Post urged writers to stop creating only female characters that were too good to be true: too strong, too smart, too pure, too everything. In 2015, the writers seemed to have heard that plea. In fact, this year has given us a television world in which writers have created characters that remind us of the past, but also stand for the future.

This ABC series may be long gone, but Angela Chase will never be forgotten. This angsty teenager got at what it was really like to be on the cusp of adulthood. She brooded over Jordan Catalano, but she also dealt with issues like alcoholism, homophobia, female friendship and sexual assault, along with actual schoolwork. Though we don't know where Angela ended up after high school, I can't help but feel like she's still figuring life out.

Her 2015 equivalent? Gretchen Cutler from You're The Worst doesn't just share Angela's red hair, she shares her intensity. The second season of the FXX comedy dealt with mental illness, showing a softer side of the usually punchy Gretchen, who reveals to her boyfriend Jimmy — who is somewhere in between being a Jordan Catalano and a Brian Krakow — that she suffers from clinical depression. The series took us inside Gretchen's head to show what she was dealing with and how she had managed to hide it from so many for so long.

This animated cartoon heroine, who returned to MTV in 1995 with 10 new episodes, was a skilled assassin who also happened to be very good at acrobatics. Her mission, that she did choose to accept, was to infiltrate the police state of Bregna, which was run by her nemesis/lover Trevor Goodchild. Their Facebook relationship status would definitely be "complicated."

Her 2015 equivalent? Jessica Jones on the Netflix series of the same name is a recovering super hero with a painful past who also wears a lot of black. The noir-tinged drama has Jessica, played by Krysten Ritter, rebuilding her life as a private investigator and taking on cases surrounding people with special powers. But, of course, starting over isn't that easy, thanks mostly to Kilgrave, a mysterious man from her past. Aeon Flux was called out for its graphic violence and sexuality, all things Jessica Jones also tackles. But, in 2015, this new series is being commended for the feminist way it has handled rape — by choosing not to actually show the act, but focus instead on its after-effects.

This infamous warrior was on a quest seeking redemption for her past sins against the innocent, using her impressive fighting skills to help those who are unable to defend themselves. Along with her female sidekick, Gabrielle, she's all about pursuing the greater good, just like any notable hero.

Her 2015 equivalent? Supergirl herself, Kara Danvers (Melissa Benoit), is also fighting for the greater good, saving those who need her help. Like Xena, she gets a bit of help from her friends and new acquaintances like Jimmy Olsen. While Supergirl isn't seeking redemption, she is looking for respect — something female superheroes don't always get a lot of. It's also something the show touches on, which gives us the realized female superhero we've all been waiting for.

Like Friends' Rachel Green before her, Pam (Jenna Fischer) was the girl next door that you wanted to go get a cup of coffee with or maybe a beer at Poor Richard's, Scranton's most happening pub. She was the Dunder Mifflin employee you wanted to see strive for more, in both work and her choice of men. And, though she would do both of those things down the line, in 2005, she was still figuring things out.

Her 2015 equivalent? The Unbreakable Kimmy Schmidt's Kimmy Schmidt (Office alumnus Ellie Kemper) is sweet and kind. Though she may be a bit naive — hey, she has been in an underground bunker for the last 15 years! — I'm not too concerned about where she's headed. Heck, she already knows females are strong as hell, which is clearly the first step to getting her life together.

Robin Scherbatsky, How I Met Your Mother (2005)

Our favorite Canadian pop star (sorry Bieber) Robin Sparkles made us want to go to the mall, but Robin Scherbatsky made us want to go to New York. As she would show us, that's where she would find a job as a TV reporter, where she'd get her heartbroken, and where she'd find the best friends a girl could ever have. The gun-nut, hockey-loving Canuck could be a little crazy (in a good way), but she was always a great friend.

Her 2015 equivalent? Crazy Ex-Girlfriend's Rebecca Bunch, through which YouTube star Rachel Bloom created one of the best shows of 2015. Bloom created a character that crushes the stereotype of a woman who needs validation. No, Rebecca's not crazy; she's just a little neurotic. And who isn't? Like Robin, Rebecca has moved to a new place called West Covina, California and is trying to start a new. Though the show starts with Rebecca following a man across the country, this is all about her journey to discover herself. She makes new friends, gets into crazy antics and attempts to grow up. Sound familiar?

This dark comedy by Orange is the New Black scribe Jenji Kohan focuses on Nancy Botwin after the sudden death of her husband. Looking for a way to take care of her two sons, she turns to selling weed. While that doesn't seem too dangerous now (especially if you live in Colorado), back in 2005 this was still very taboo. In 2005, this was just a temporary solution, but, as time went on, Nancy certainly got herself involved in much worse crimes. However, in that first season, Nancy wasn't bad; she was just trying to be a good mom.

Her 2015 equivalent? Peggy Blumquist on Season 2 of Fargo is a woman in way over her head. After unknowingly getting into a murderous turf war, she goes on the run with her husband Ed. Sure, she's flawed, but she isn't a villain. She's just a woman who wasn't happy with her current situation. Like Nancy, she thought she was doing what was best for the ones she loved. Unfortunately, that didn't end up being the case.

Perhaps, what we've learned here is that TV history has a habit of repeating itself. But, in 2015, those repeats felt brand new, because of how they've built on the tropes that came before them.