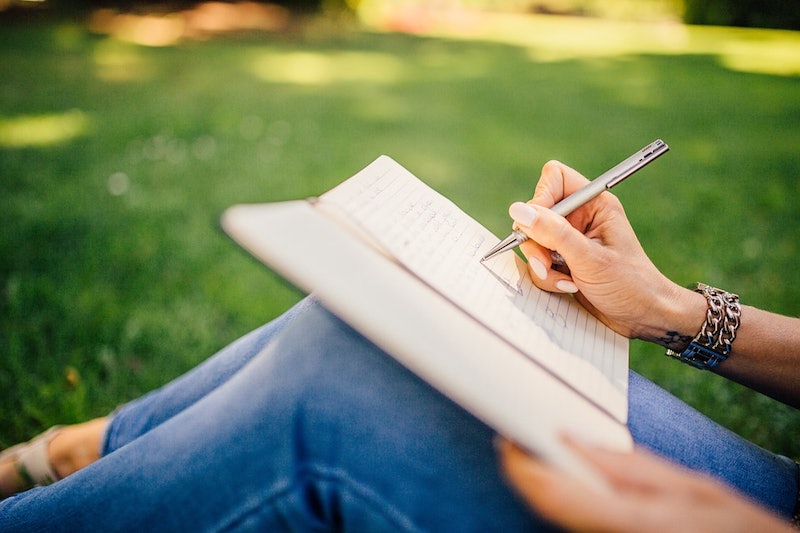 If you're a writer, you have the dream. You know, the dream that someday (hopefully in the foreseeable future, when you're still young enough to semi-enjoy success) all the note-taking and journal-scribbling, all the compulsive reading and even more compulsive typing will add up to something: a complete draft, a strong manuscript, an interested agent, an even more interested editor, and then — finally! —your name on the spine of a real, physical book in an amazing debut novel. Who doesn't hope their debut novel won't be a modern-day classic? After all, lucrative careers have been launched on far less.

These dreams are important and worth clutching for dear life, especially when haters gonna hate. (And by haters, I mean the doubting voice in your head and the person who schedules you for mid-morning shifts, which is obviously the exact time when you're in your best writing groove.) You can finish your first novel and sell it, and success — thankfully — takes many different forms. Your success could be the seven-figure deal kind of success or it could be the runaway sleeper hit from an unsuspecting indie. Or, your first book could be just that: your first book, number one in what will hopefully be a long and varied career.

No matter what kind of literary success you're shooting for, these seven titles will remind you that a first book can be everything — and anything.

No, it's not a novel, but the buzz around Abigail Ulman's fiction has been reverberating around the globe. This Australian writer's book, which will be published in the U.S. in May, contains nine loosely connected short stories about adolescent girls and young women who are grappling and groping with all the awkward and ugly complications of living life.

2. Preparation For The Next Life by Atticus Lish

If you're into literary fiction, you know the name Gordon Lish. Preparation For the Next Life is the first book by written by Lish's son, Atticus. It's not a novel you'll shake quickly. It's romantic and devastating, and it holds a magnifying glass up to all the parts of New York City you never see in film or fiction.

3. The Heart Is A Lonely Hunter by Carson McCullers

A classic, first-book breakout story. Just try not to get bummed that McCullers published this powerful and heart-wrenching tale of spiritual yearning when she was only twenty-three.

4. The Virgin Suicides by Jeffrey Eugenides

The Virgin Suicides is a novel you can devour in a night — in fact, it's physically impossible to shut the book before you've finished, even if you've already seen Sofia Coppola's lush film adaptation. Fiction writers know that, in addition to being addictively readable, Eugenide's debut is also a rare example of a story told in the first-person plural (i.e., "we").

5. The Calligrapher's Daughter by Eugenia Kim

If you're working on an epic tale about your family's heritage, your ancestor's, or the traditions and customs you love and hate, this sweeping novel about the tensions between past and present in twentieth-century Korea is for you.

The next time you're jonesing for an '80s throwback, pick up the American Psycho author's first book. It's a desultory slog through the decadence and drugginess of Los Angeles as seen through the eyes of college-aged, Clay, home for a wan Christmas vacation.

7. The Hairdresser Of Harare by Tendai Huchu

I love novels that show the tediousness of everyday life: going to the grocery store, working an okay job, catching public transportation. Set in present-day Zimbabwe, The Hairdresser of Harare illuminates how those kinds of daily actions reveal a culture's heavier baggage (the ramifications of colonialism and corruption) through the story of Vimbai, a single mother, who just happens to be the best hairdresser in town.