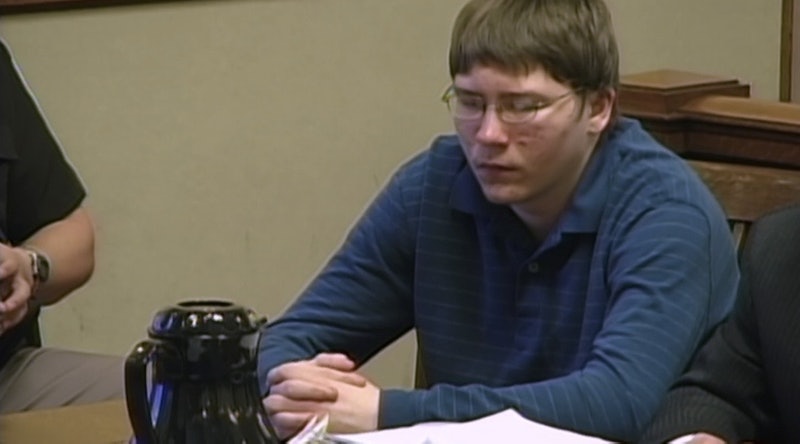 When he was just 16 years old, Steven Avery's nephew Brendan Dassey was arrested for the murder of Teresa Halbach. Then, when he was 17, he was convicted of first-degree murder, being a party to sexual assault, and mutilation of a corpse and sentenced to jail without the possibility for parole until 2048, when he will be 58. Even in the last eight years since his sentencing, Dassey has already aged from 17 to 25. But, what does Brendan Dassey look like now? Making a Murderer on Netflix gives viewers a rare glimpse of him post-sentencing in its final episode.

Although the show primarily focuses on Steven Avery, it does address Dassey's March 2006 confession to Teresa Halbach's murder (which he recanted during his 2007 trial) and conviction. During the show's 10th episode, viewers catch up with Dassey during his 2010 post-conviction hearing when he was 20, three years after he was sentenced to prison. Other than that, we see one photo of Dassey in jail during an unspecified year, and that's all we know of what he looks like post-conviction. Interestingly, like his uncle, his hair is also considerably shorter now than it was before he was sent to jail.

Since Dassey's hair is significantly shorter here, some time must have passed since his 2010 post-conviction hearing. How much exactly isn't known, but we do know it's sometime in the eight years since his sentencing. Perhaps with all the media attention since the Netflix series, some other photos will begin to surface, but for now this is all we have to go on to know what Dassey looks like now.