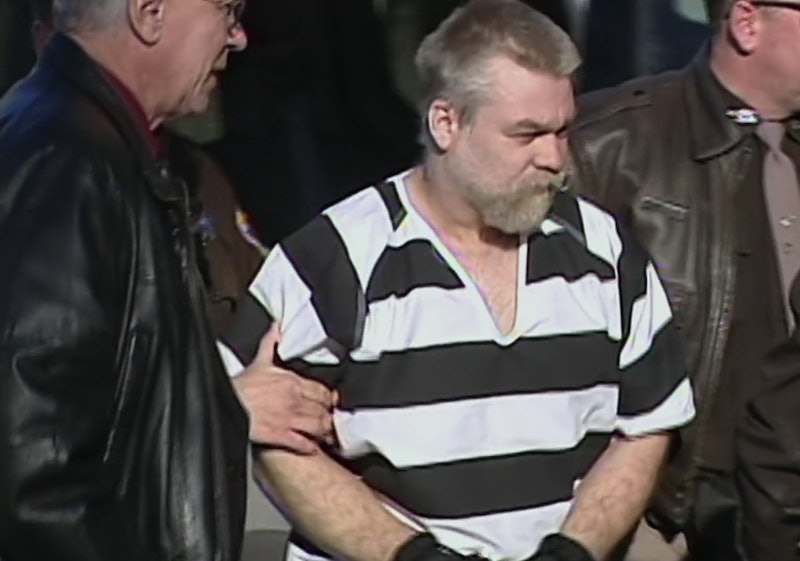 As shown in Netflix's documentary series Making a Murderer, Steven Avery was the main suspect in the murder of Teresa Halbach in 2005 — and perhaps the only one ever considered. (Other than his nephew, Brendan Dassey, who was convicted of being a party to first-degree intentional homicide.) While there was physical evidence pointing to Avery, his lawyers took issue with how the case was handled by the sheriff's department and the prosecution. Lawyers Dean Strang and Jerry Buting argued that Avery could have been framed, and that no other suspects were ever investigated. In the show, the sheriff's department department claims that they were following all leads. Were there other suspects in Teresa Halbach's murder? And if so, why weren't Avery's lawyers allowed to point to any of them in their defense?

In the episode "The Last Person To See Teresa Alive," Calumet County District Attorney Ken Kratz asks Special Agent Tom Fassbender, "Is Steven Avery the only person being investigated?" Fassbender's response is, "No ... The object is to allow the evidence and the facts that are uncovered as you go along to lead you to the most logical suspect." However, Buting then rebukes Fassbender for this, claiming that no one else who was close to Halbach was ever seriously considered in her murder.

The docuseries alleges that Halbach's ex-boyfriend, Ryan Hillegas, was never considered a suspect, and that he was never asked for an alibi for the day she went missing. Avery's defense team used this fact in the trial, with Buting saying to Special Agent Fassbender, "Often, the most obvious suspect in a homicide is a spouse ... or you look at a boyfriend or an ex-boyfriend."

When Hillegas took the stand at Avery's trial, Buting used his cross-examination of him as a way to make the point that he was never treated as a suspect. Hillegas said that he and Halbach had dated for five years, through high school to the beginning of college, and were still friends at the time of her death. He confirmed that he never felt like a suspect, and that he was even given special access to the Avery family's salvage yard to search for Halbach (permission that was unavailable to the public). Buting never alleged or insinuated that Hillegas was the true killer; he was merely attempting to prove that investigators jumped straight to condemning Avery, instead of looking at all possible suspects. The department denies this, saying that they followed other leads. Hillegas did not respond to Bustle's request for comment on the allegations.

In the docuseries, Hillegas said the last time he saw Halbach was Sunday, Oct. 30 2005, the day before she went missing. "I think I was dropping something off for Scott [Halbach's roommate] and [Halbach] was sitting there at her computer," Hillegas said on the stand, as seen in the docuseries. "So the last time you actually saw Teresa was Sunday?" Buting asked. "Yes," Hillegas confirmed.

Additionally, Hillegas was never named as a suspect by the defense. Avery filed a post-trial motion in 2009 with a list of other people Avery alleged to be suspects. Hillegas' name was nowhere on the lengthy list.

Another angle the defense brought up in the trial was that Halbach had allegedly been receiving unwanted phone calls up to three weeks before she died. Tom Pearce, who was her colleague, testifies that he had witnessed her ignore a phone call, and claims that she seemed upset after it came, allegedly saying, "Oh, not him again." Buting also brought up that some of Halbach's voicemails were seemingly deleted from her phone after she went missing, according to the witness from her phone network who testified at her trial. So could the mystery caller have somehow been involved her death?

We'll never know, because Avery's defense team wasn't allowed to point directly to any other suspects during their trial, in accordance with Wisconsin's Third Party Liability law. "The court ruled that the defense would be barred from presenting evidence that a person other than Brendan Dassey was responsible for the crimes." The law stems from State v. Denny, and reads:

Avery's team was unable to supply a suspect with a motive that the judge deemed legitimate at least 30 days before the trial, they were then unable to do so for the remainder of the trial. At the time of his trial, Avery and his lawyers submitted a list of suspects they wanted considered, according to this document filed with the courthouse, but it was rejected. Avery himself offered a theory on who else could have possibly killed Halbach back in 2006, before he was convicted the murder. He told Milwaukee Magazine that he'd known a man in prison who'd been arrested for allegedly attacking a woman with an ax five days after Halbach went missing. No investigations were made into the man Avery brought up, and there is no confirmation that he exists.

The Halbach family says that they don't want any more suspects to surface, since they believe that Avery was the man who murdered Teresa. Halbach's brother, Mike, who acted as the spokesperson for the family, told the Post-Crescent that it was "a very happy day" when Avery was found guilty in 2007.