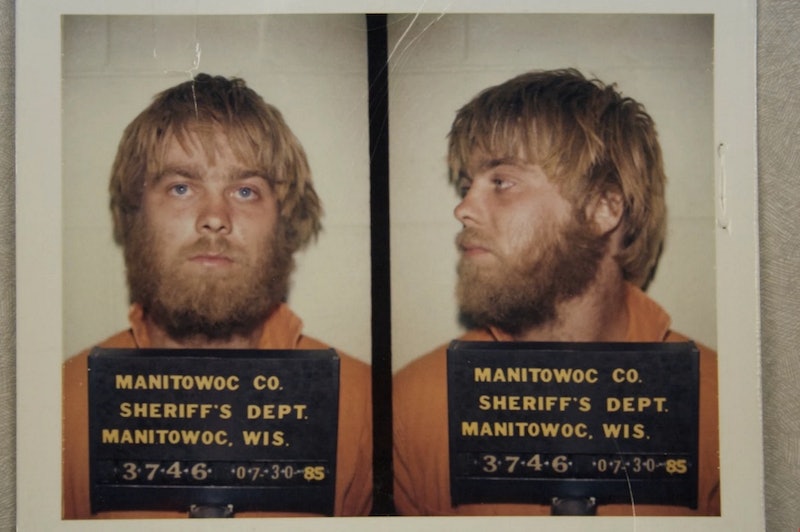 The Netflix documentary Making a Murderer isn't necessarily out to prove Steven Avery's innocence in regard to his conviction for Teresa Halbach's murder. But, as a viewer, it's hard not to question it. Much is suggested throughout the 10-part series that implies that not everything done by law enforcement was up to code to give Avery the fair trial he has right to, although, in the documentary itself, the Manitowoc sheriff's department are adamant that everything the department did was by the books. Some viewers even feel there's evidence presented that could imply that Steven Avery might be given a retrial after Making a Murderer, though nothing has been announced by authorities.

Making a Murderer presents details that don't seem to add up. There are the alleged deleted voicemail messages from Teresa Halbach's phone, a blood vial that was tampered with, according to the documentary, and what the series alleges were the personal connections of many of those involved, such as a juror who was the father of someone who worked in the Manitowoc County Sheriff's Department.

So, does any of this mean that Avery is eligible for a retrial? First, let's define what a "retrial" actually is. According to The Lectric Law Library, a retrial is:

A completed trial that has been set aside and tried again from scratch as opposed to a mistrial which is terminated prior to its conclusion and then tried again. A reexamination of an issue in fact before a court and jury,which had been tried at least once before the same court and a jury.

And, according to law resource NOLO, external influence on jurors can lead to a new trial for the defendant. NOLO says that jury misconduct involves a juror being influenced by outside information or opinions about a case. So if, for example, the juror with a son in the sheriff's department was influenced by that connection, misconduct could have been present. Additionally, as seen after Serial's release, Adnan Syed was granted an appeal to re-open his case. Although this can't be attributed just to public attention, alone, it could have helped that his case was so much in the spotlight.

Avery himself has attempted multiple times to get a retrial or appeal hearing but was ultimately denied in 2011 when his "murder conviction is upheld by the 2nd District Court of Appeals." Since, the documentary shows he's been unable to move forward with a lawyer, but does have boxes of his case files at his jail and is attempting to put together a case for retrial himself.

If Steven Avery were to ever get a retrial or appeal to review the case it would be interesting to see — now that public opinion is definitely more influenced by the Netflix series — how the jury would be picked and if there was a rigorous screening to argue a fair trial for Avery.