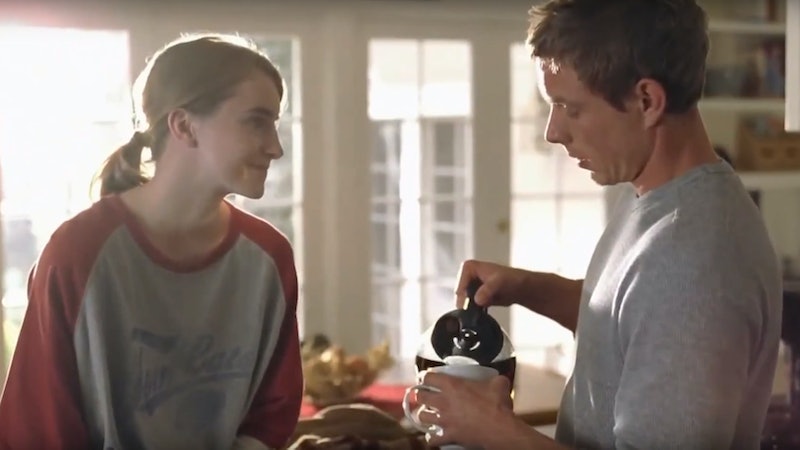 Before Jaime and Cersei Lannister made their HBO debut, TV's most controversial siblings making bedroom eyes at each other were the Folgers brother and sister. The year was 2009, and Folgers released what was surely meant to be a heartwarming Christmas commercial about a brother being welcomed home by his little sister. Things took a turn thanks to some weird dialogue (yes, sisters regularly stick bows on their brothers and declare, "You're my present this year" at Christmastime), and chemistry between the actors that definitely didn't read as sibling love. It was not long before the parodies, fanfiction, and general confusion of the viewing audience launched the Folgers siblings ad into legend.

What is the real story behind the Folgers Christmas ad? The company surely wasn't aiming to launch an incestuous ship with its own dedicated fandom. Vanity Fair has cracked the case by going directly to the source: one of the ad's two stars, Matthew Alan, who played the unnamed brother freshly home from South Africa. The inspiration for the ad was two-fold, Alan's character was partly inspired by the company's 1987 Christmas ad featuring a guy named "Peter" coming home for the holidays with a dash of inspiration coming from one of the ad's set producers whose son had joined the Peace Corps. Check out the 1987 commercial:

As you can see, the story of Peter and his little sister was as innocent as could be, but things went awry when the 2009 commercial tried to replicate that innocence. An older sister and two actors, who according to Alan, did not meet until the first day of filming lead to a world where Folgerscest is a thing that exists. Alan was out of the loop about viewers' unexpected reaction to the commercial until his friends clued him in, but he told Vanity Fair that he thinks it's pretty cool that people are not only still talking about the commercial, but are devoted to it long after it has stopped airing. "I love it," he told the magazine. "I love it, that even though it’s not running through the holiday season anymore [on TV], that there’s people that do like it enough to follow it on the Internet."

It is rare for a commercial to garner its own fanbase, so Alan and his co-star Catherine Combs clearly made something magical happen onscreen. It wasn't the sweetly saccharine holiday magic Folgers was looking for, but it got people talking, writing, and parodying their hearts out. Raise a glass of Folgers to those inappropriate commercial siblings and bask in their glorious awkward sexual tension once more below. All hail the power of subtext!