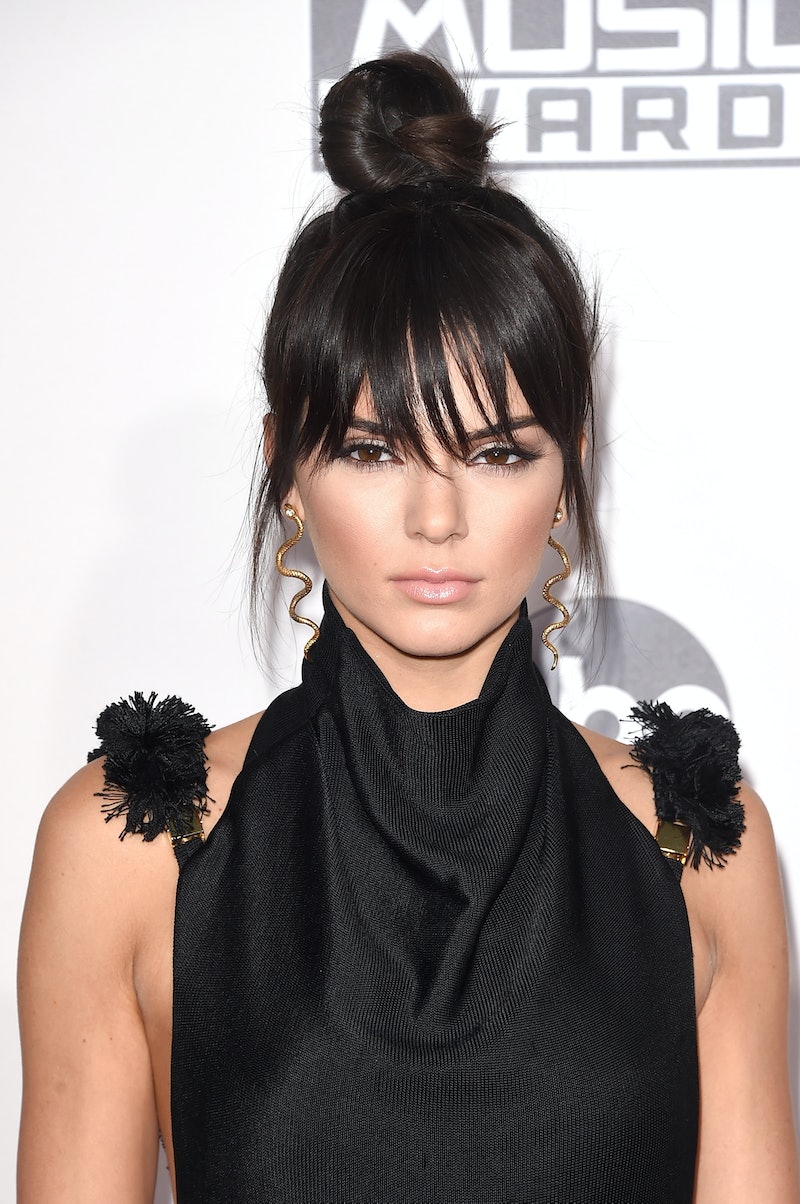 Not only is the she the hottest model of 2015, but Kendall Jenner's new LOVE Advent Calendar video finds her playing a supernatural being who can literally walk on fire. This is Jenner's second appearance this year in LOVE 's series of fashion videos, following her Day 1 clip where she dressed up as a shark. The latest video that debuted today, titled "YuleFire," is also reminiscent of the scenery and characters of the Twilight book and film franchise.

"The idea came to me in a dream," director James Lima said. "I saw this figure, this vision of a woman as an ancient force, elemental, and mystical. She is a goddess who created the seasons, the elements, and the concept of astronomical time. Kendall is the perfect person to play this character." In the video, Jenner is clad in lacy black lingerie as she dances and poses in front of a burning forest. Her goth look is less holiday-inspired and more of someone who watches The Craft obsessively. In the second part of the video, both Jenner and the scene shift into a more tranquil, snowy, and angelic mode.

"She is beautiful, powerful, fearless, and yet vulnerable," Lima said. "She committed 100 percent to the concept; she was an amazing collaborator. And of course, the backgrounds are all composited visual effects. I would never have put Kendall in a real forest fire!"

This look couldn't be more different from Jenner at the Victoria's Secret Fashion Show that aired earlier this month.

She definitely rocks the smoky eyes and dark lipstick trend like a boss.

And walks on fire.

The scene suddenly turns into a winter wonderland later in the clip.

Meanwhile, Jenner rises from the ashes and turns into a snow angel.

Watch the full video below of "YuleFire" starring Kendall Jenner below:

This girl is on fire.