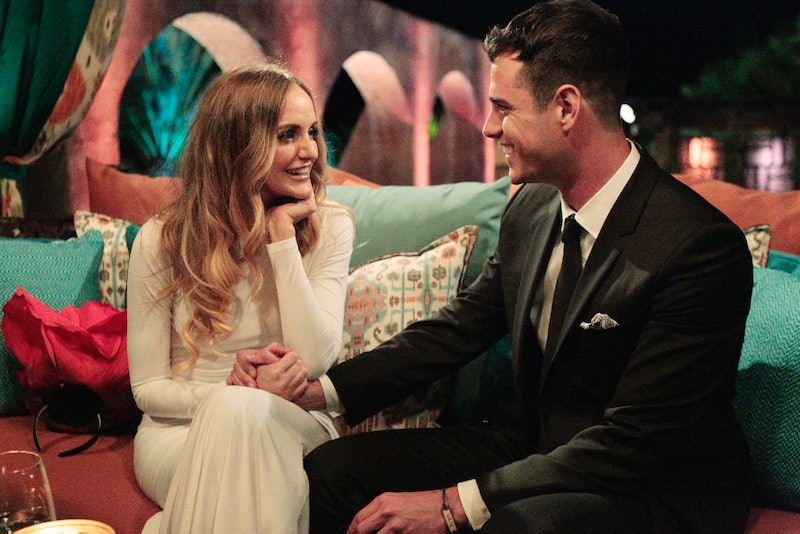 Meet Amanda Kremer, or as you’ll soon know her as, Mandi. Mandi is one of the women vying for a chance of love on Ben Higgins’ season of The Bachelor, and while she comes off as pretty kooky in the season premiere, she’s actually a dentist with some serious cred. According to her LinkedIn profile, she got her Bachelor degree in pre-med from Oregon State University and went to Oregon Health and Science University to get her doctorate in dentistry. For the last few years she’s been a successful dentist in Portland, Oregon, a career option that seems a bit more sustainable than her fellow contestants' occupations of “twin” or “chicken enthusiast.” But career choice aside, just who is The Bachelor's Mandi Kremer, and what can fans expect to see from her this season?

In her bio, Mandi revealed that her worst qualities are that she drinks a tad too much, that she’s independent, and that she's opinionated (which doesn't sound that bad). As for whether Mandi and Ben will hit it off in the premiere, it's unclear. Photos from Mandi’s first night in the mansion show her popping out of the limo wearing a white gown and a giant red rose on the top of her head. It seems a little awkward to me, but we all know the women on this show try to stand out, so I guess she’s already got a first impression rose. Then, at some point in the night, she gives Ben a dental exam in the middle of the party. I guess she wants to make sure his mouth is clean before kissing him? Hey, at least the entire world now knows that Ben Higgins is gingivitis free and does, in fact, floss his teeth.

But besides her dental skills, there are some other important things you may want to know about Mandi Kremer, such as:

Got to give Mandi points for being creative with this video. She filmed a tour of her place, kind of like an episode of Cribs, and there are naked guys hanging out nearby that she doesn't address during the tour. Finally at the end she says, “Who the f—k is that?” to the cameraman. The whole video is coated in sarcasm, and it’s pretty hilarious.

She Models On The Side

Dentist by day, model by night. Mandi's Instagram shows off some modeling shots of her in a swimsuit standing next to some cheetahs. The cheetahs are clearly photoshopped, but who cares?

Guys, it’s important to note that her giant rose hat is not something she bought just for The Bachelor. It was actually her Kentucky Derby hat.

Her puppy Giselle is absolutely adorable and needs to have her own Instagram ASAP.

On her Bachelor bio, she wrote that she really loves being in a swimsuit, and it seems she was not lying about that. Her social media is pretty much covered with photos of her hanging out at the beach or on boats.

She Went Backpacking Around Europe

For five weeks about two and a half years ago, Mandi went backpacking around Europe in Prague, Croatia, Budapest, Serbia, Bulgaria. I'm jealous!

Mandi is an interesting contestant, and this season already sounds like it's gonna be a must-see.